In this week’s edition of our newsletter you’ll find: The Weekend Wrap, Next Home Games, 3×3 Holiday Tournament And 3-Point Contest, Magic And Mystics Trials, Tesco’s Bags of Help, On The Website, Want To Play 3×3 Basketball?, Fancy Joining Our Community Leagues?, Shop Online?, Community Sessions, Walking Basketball At Amaechi Basketball Centre and National League Fixtures And Results. We hope you enjoy it. 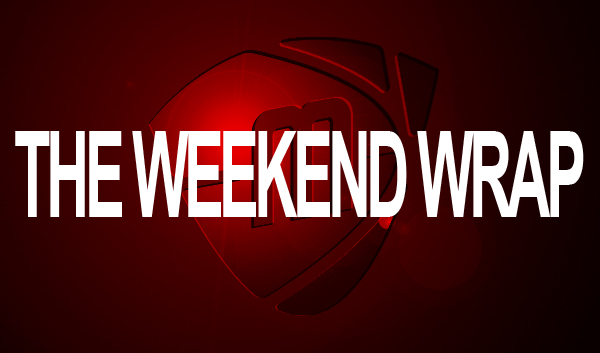 The first quarter saw the Magic trailing by 13, 24-11, the sluggish start continued into the second with the half time score 43-21.

The Magic rallied in the third and kept the Riders to just 5 points, to take a 50-48 lead going into the final quarter.

The score in the fourth was kept close and was tied 62 apiece to send it to overtime, thanks to a tip in from Stefan Gill on the buzzer.

In the extra period the score remained close, and Loughborough sealed the victory with two free throws, although they left the Magic with 3.6 seconds to get a score to tie or win the game, they couldn’t, meaning the Riders advance to the Play-off Semi-Finals next weekend.

There was no game of the Manchester Mystics WBBL side, their next game will be on Friday 20th April at Leicester Riders at 5:00pm.

The Magic and Mystics Juniors have begun their play-off campaigns.

Trafford U18’s season came to an end with a 79-67 loss to QE York Knights at home in round 1 of the play-offs.

Trafford U16 advance to the next round of the play-offs after beating John Leggott College Scunthorpe Wolves 95-47 at home. They face a trip to Mansfield Giants in round 2 on Saturday 14th April at 12:15pm.

Mystics U16 advance to the next round of the play-offs after beating Richmond Knights 70-45 at home. They face a trip to Ipswich in the Quarter Finals on the weekend of 21st/22nd April.

Mystics U18 begin their play-off campaign at the Quarter Finals stage; they face Reading Rockets away on the weekend of 21st/22nd April.

Teams with byes to the second rounds are:

Magic U16 who face Manchester Giants Greens at home in round 2 next weekend (14th/15 April),

Magic U14 who face Northamptonshire Titans at home in round 2 next weekend (14th/15th April). 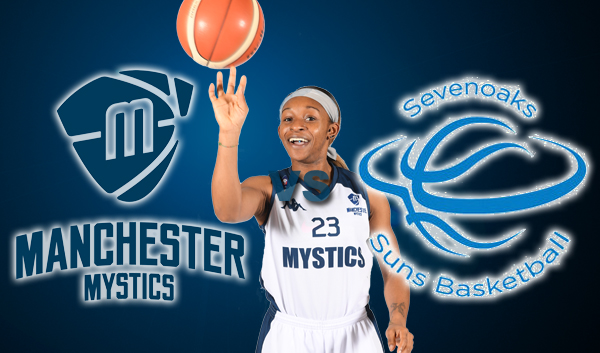 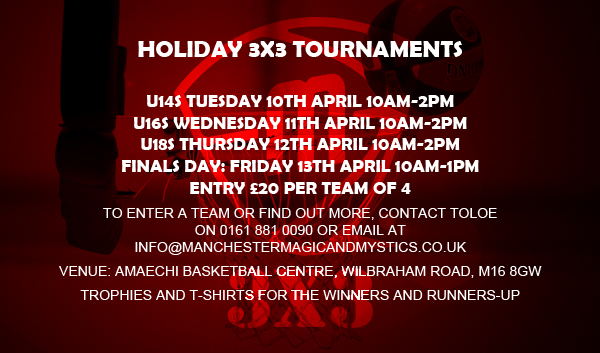 To enter a team or find out more, contact Toloe on 0161 881 0090 or email him at info@manchestermagicandmystics.co.uk

Trophies and t-shirts for the winners and runners-up 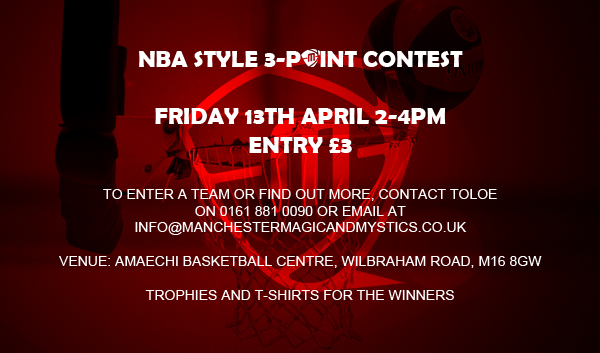 To enter or find out more, contact Toloe on 0161 881 0090 or email him at info@manchestermagicandmystics.co.uk

Trophies and t-shirts for the winners 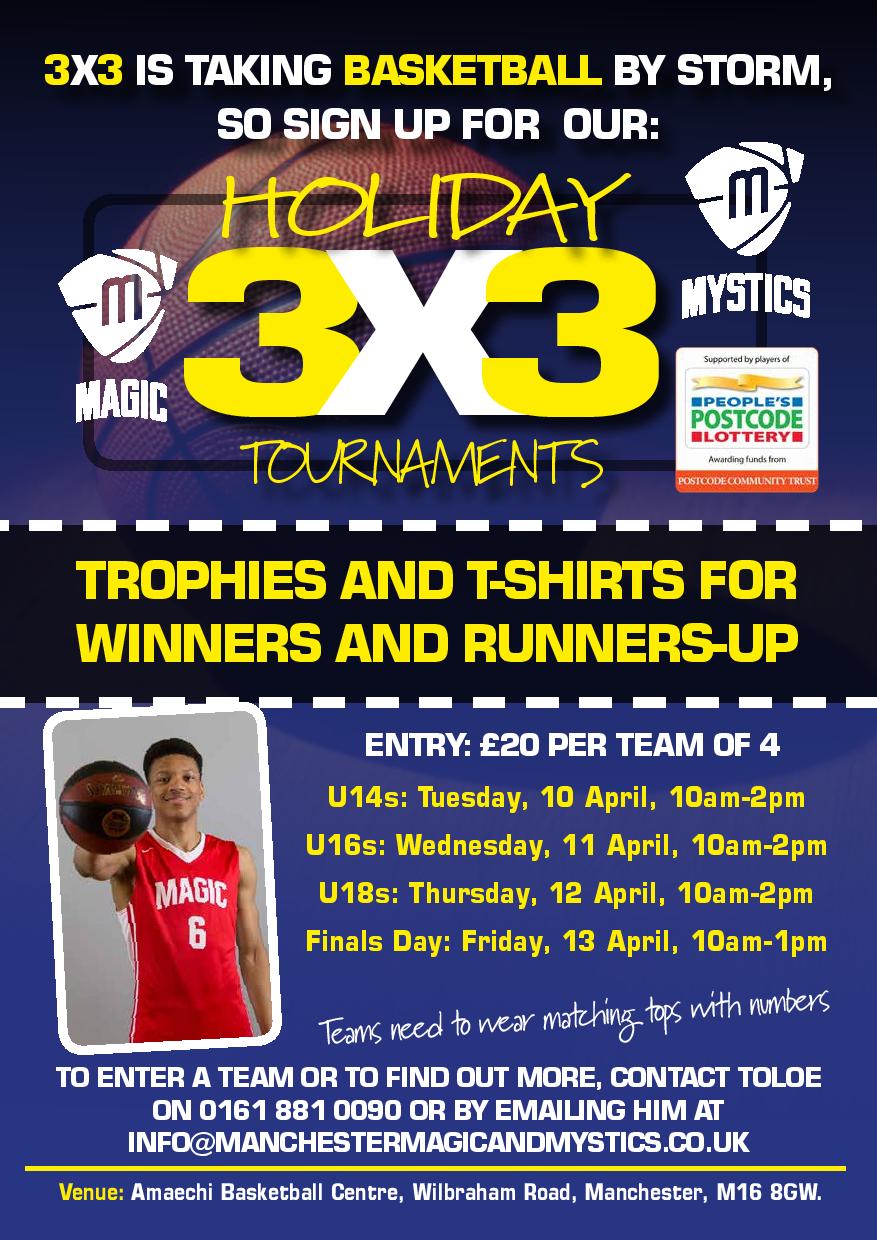 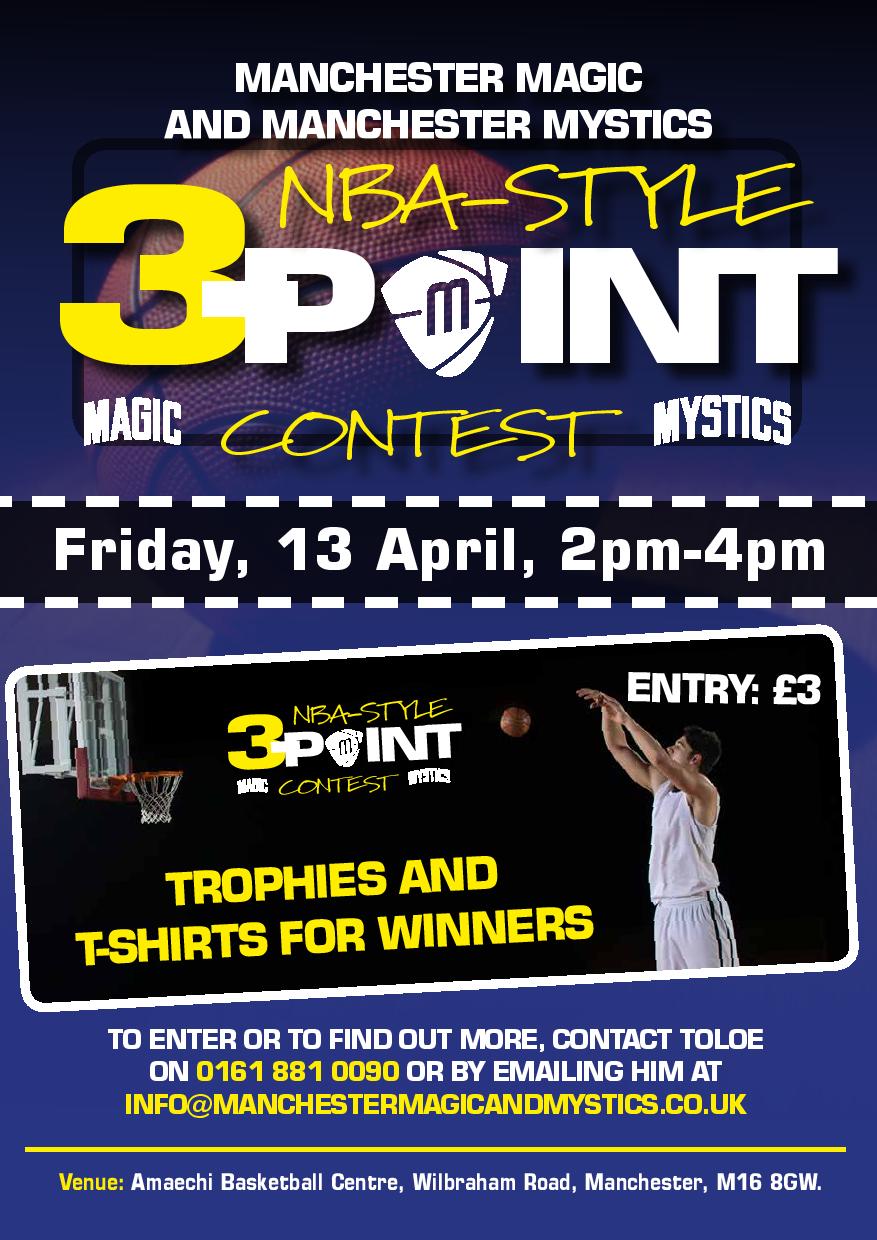 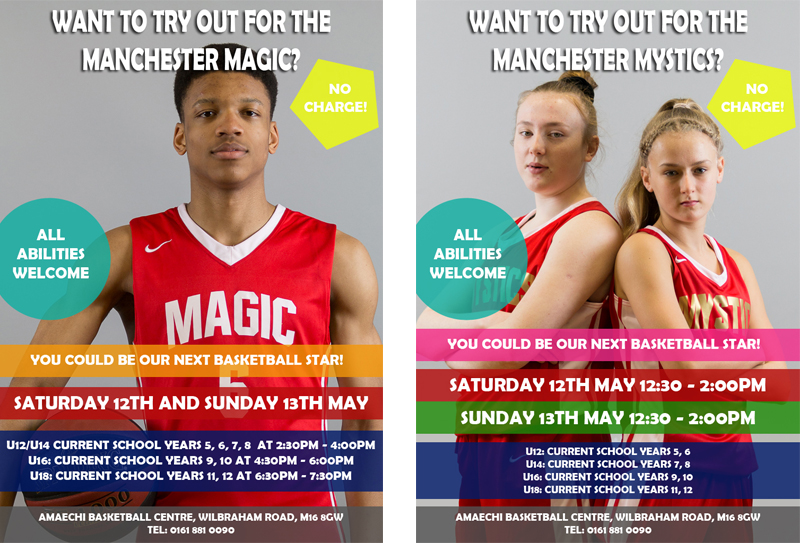 Manchester Magic and Mystics will be holding trials for its junior teams in early May.

Two days have been set aside for boys and girls to show off their basketball skills.

The trials will be held on Saturday 12th May and Sunday 13th May (attend either day), at the Amaechi Basketball Centre.

Magic (boys) trials will be split by age group at the following times:

All abilities are welcome and there is no charge to take part. 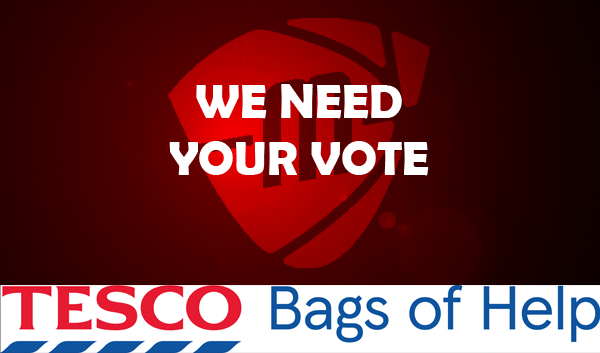 Greater Manchester Community Basketball is bidding to bag a massive cash boost from the Tesco Bags of Help initiative.

Tesco teamed up with Groundwork to launch its community funding scheme, which sees grants of £4,000, £2,000 and £1,000 – all raised from the 5p bag levy – being awarded to local community projects.

Three groups in every Tesco region have been shortlisted to receive the cash award and shoppers are being invited to head along to Tesco stores to vote for who they think should take away the top grant.

Greater Manchester Community Basketball is one of the groups on the shortlist.

Bags of Help offers community groups and projects across the UK a share of revenue generated from the 5p charge levied on single-use carrier bags. The public will now vote in store during March and April on who should receive the £4,000, £2,000 and £1,000 awards.

To find out more visit www.tesco.com/bagsofhelp List of participating stores can be found here 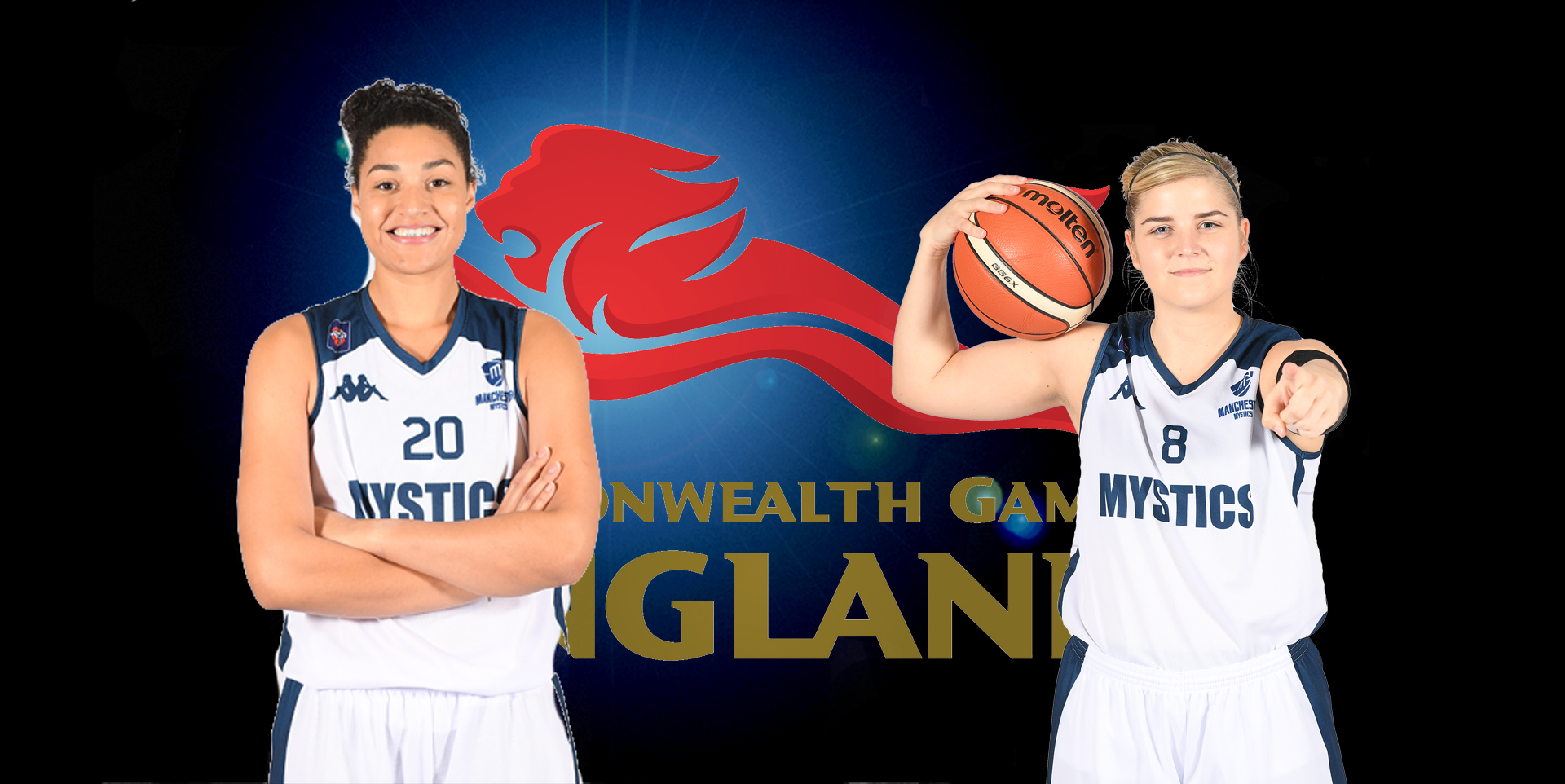 If you didn’t watch the news on Sunday you may have missed the BIG news from Australia (it was the biggest news story of the day from the Commonwealth Games, it made the both BBC and ITN 10 o’clock news), Mystics’ Georgia Jones got engaged to long-time boyfriend Jamell Anderson, congratulations from everyone at the Magic and Mystics!

Video of the proposal can be seen here:
So, this happened! Congratulations to @gljones4 & @Jamell_A! Wonderful news. 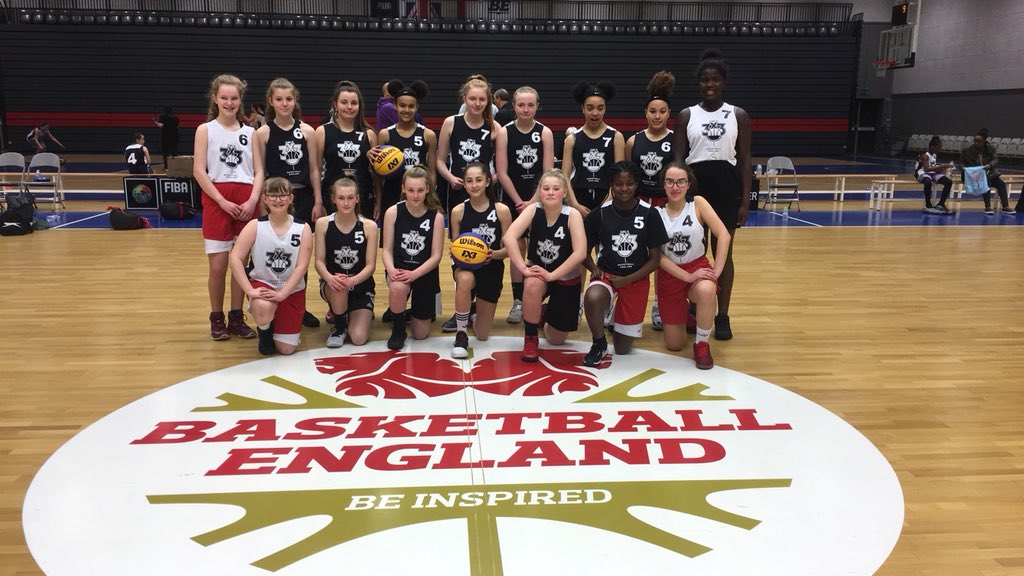 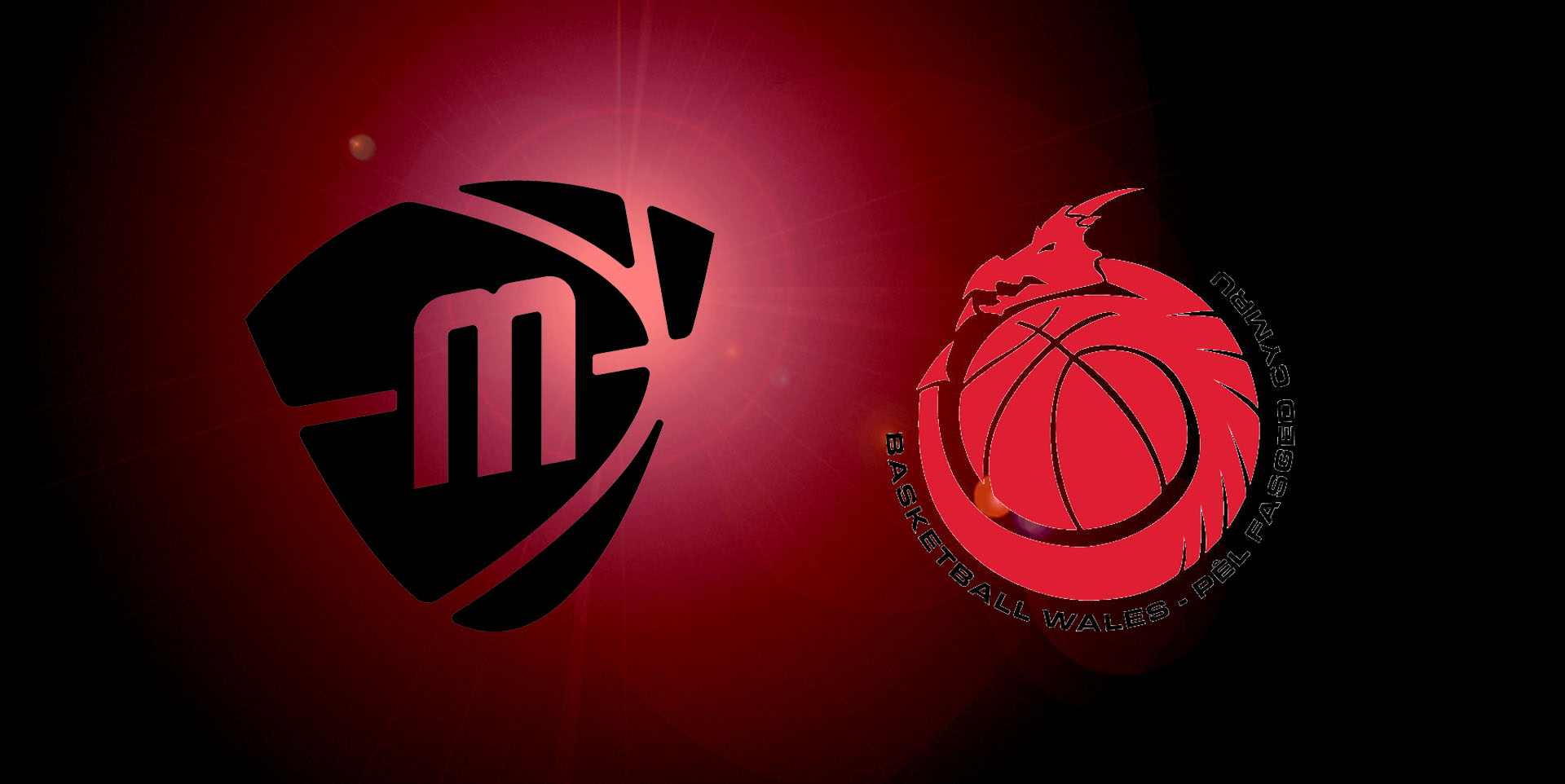 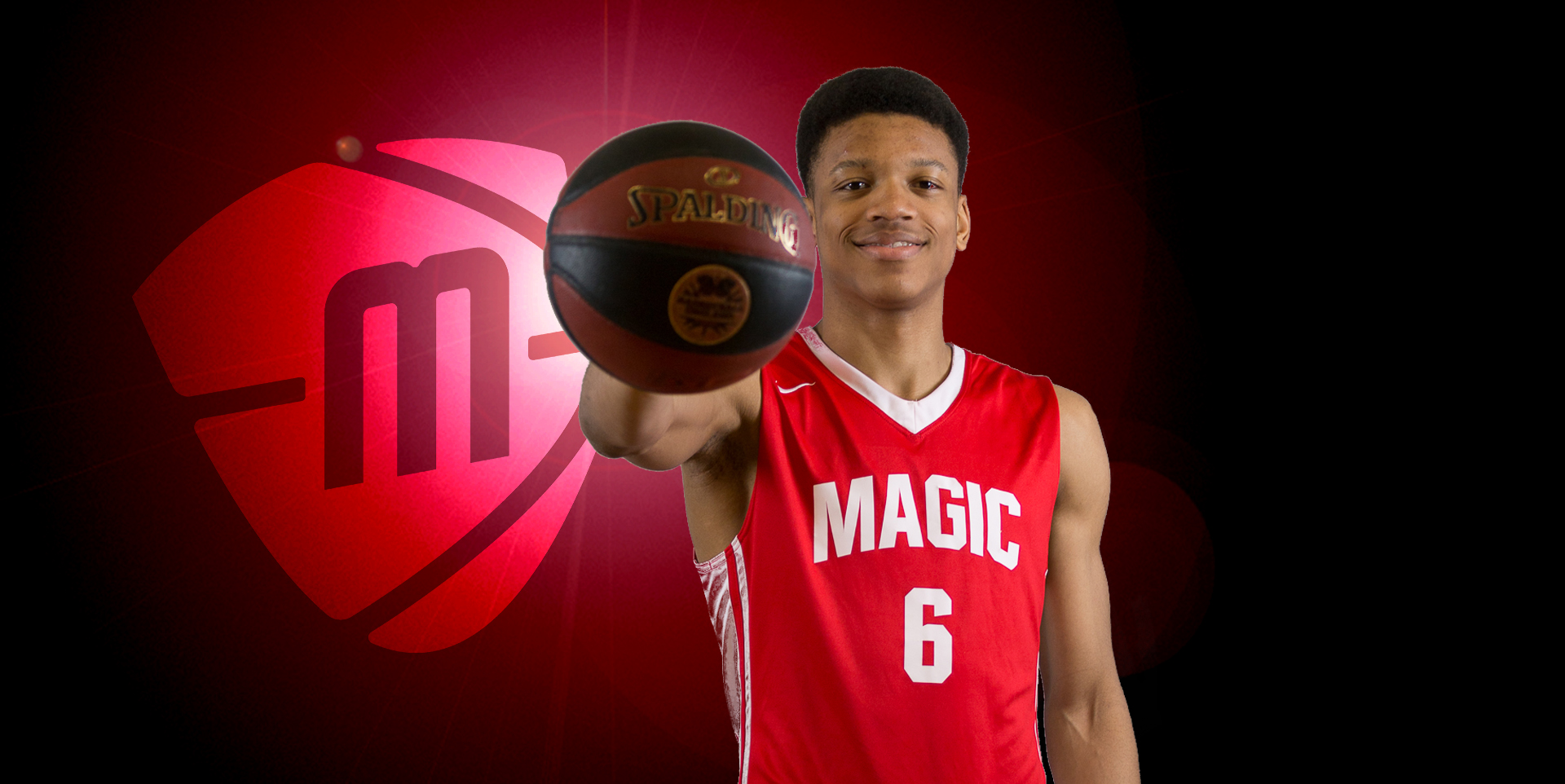 MVP Anumba ready for the play-offs after Cherbourg win 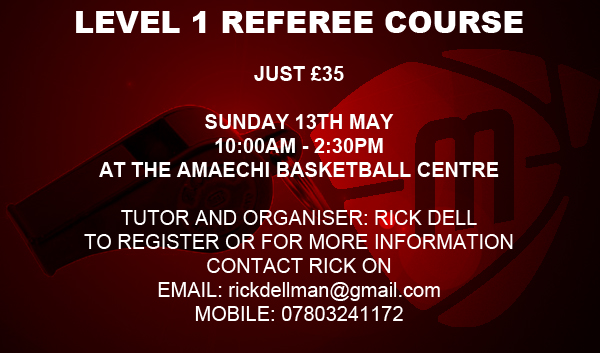 Your chance to be a referee (Places are going fast) 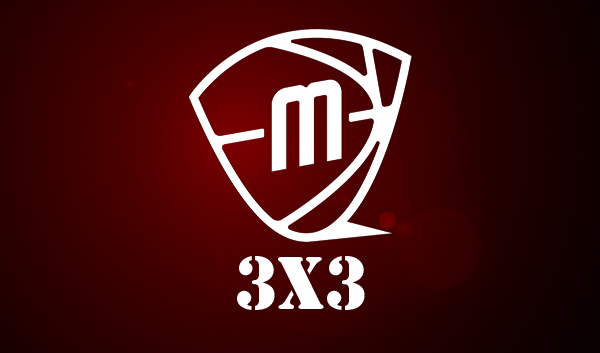 Want to play 3×3 basketball? We’re planning on running leagues for men, women and juniors on Wednesday and Sunday nights (8pm-10pm) at the Amaechi Basketball Centre. If you would like to register your interest or want to know more, drop an email to Toloe, our Basketball Development Officer, at toloe@manchestermagicandmystics.co.uk or call him on 0161 881 0090.Why 3×3?

It’s growing hugely in popularity.
It’s simple to play.
It’s exciting to watch
Each squad only needs 4 players
And each squad plays several games in one night
Oh, and it will become an Olympic sport at the Tokyo Games in 2020 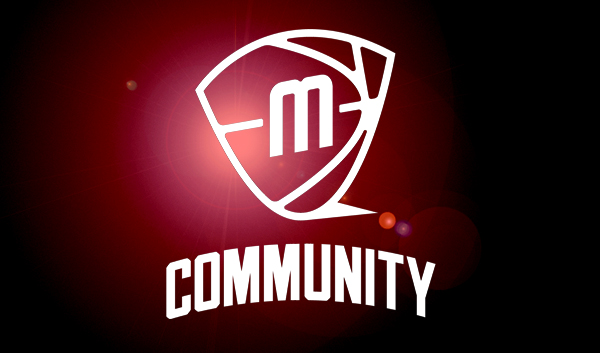 Our Monday adult leagues, which restarted on Monday 18th September after the summer break. It costs just £24 per team per game and you’ll be playing at the fantastic Amaechi Basketball Centre in Whalley Range. If you’d like to enter a team or want to know more, contact league organiser Jane Thomas-Johnson on 07968 077138.

We’re looking for junior teams – boys and girls – to join our Friday Night Leagues at the Amaechi Basketball Centre. 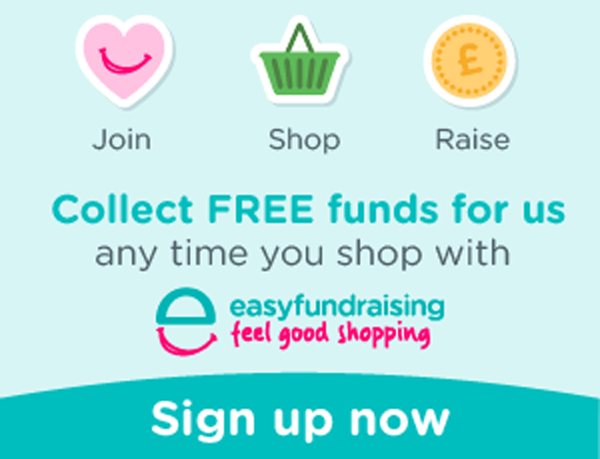 Shop Online? (Double donation week have been extended for another week, 18th-24th on selected online stores)

You can even save money with latest offers sent via email, install donation reminder to your browser and never forgot to donate, remember it doesn’t cost you anything more to do so and the club will benefit massively from the money raised.

There are nearly 3,000 online retailers that are signed up to donate via easyfundraising.org.ukincluding Amazon, Argos, John Lewis, ebay, Apple Store, asos, Boots, Currys, Debenhams, Game, LateRooms.com, Next, Sainsbury’s, SportsDirect.com, Travel Lodge, vodafone, Hungry House, Just Eat, Jet2Holidays, Thomas Cook, Hotels.com, Thomson and many more, so if you use any shop at any of them please consider helping us, it costs you nothing other than a few minutes of your time.

Fantastic news, we have raised over £760 via Easyfundraising! Thank you to everyone who signed up and helped us reach this mile-stone, join today and help us reach £800!

Remember it costs you NOTHING!

Did you know you can help us raise money when you shop in-store at popular high street retailers?

Start raising money today by adding the debit and credit cards you use to purchase in-store.
Go to: https://www.easyfundraising.org.uk/causes/greatermancb/
Visit my account > Change My linked Cards > and enter your card number and press register my card. 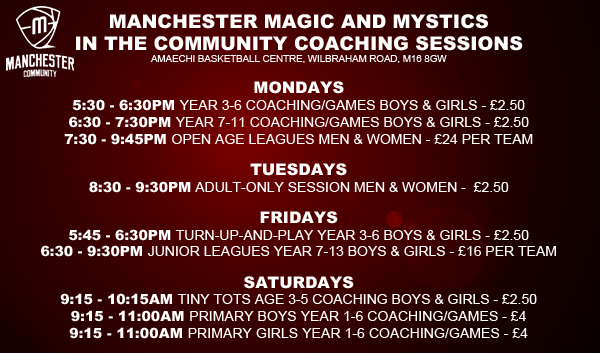 Manchester Magic and Mystics in the Community, Coaching Sessions:

For Saturday morning primary sessions: Groups are not meant to be a rigid division of school Years, just a guideline.  Just get there and enjoy yourself!
For Tiny Tots sessions we say 3-5 year olds, however, it is up to the parent’s understanding of their child as to whether they feel the child can cope with the session.

Please Note: Community Sessions will be on a break from Friday 30th March and will resume on Friday 13th April. 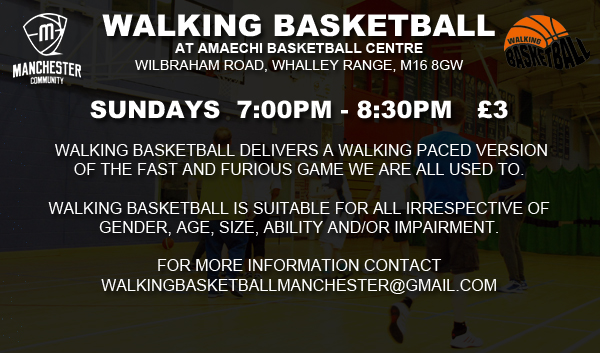 *Denotes overtime
^ Check the website weekend fixtures on the homepage