Great Britain hosted the very first European Championships in Loughborough in 1991, organised by Henry de Silva, now Life President of BVF, which attracted 85 fencers. Since then European Veterans Fencing has grown and evolved into the very successful organisation that it is today with members from more than 30 European countries.

BVF was honoured that the 25th European Championships were held in Great Britain, the country where it all started. The Organising Committee, Gillian Aghajan, John Mason and David Sweeney were delighted to work with Katie Rhodes, British Fencing’s Event Manager, over the last year and she very ably took on the role of Event Manager for the duration of the Championships.  British Fencing President Hilary Philbin and directors Brian Speight, Caryl Oliver and Clare Halsted had important volunteer Team Leader roles. Brian’s concept and delivery of the Dickensian theme and the Opening Ceremony was met with much approval and enjoyment.

The event was a great success.  Superb team work by all involved to produce a superb Championships. 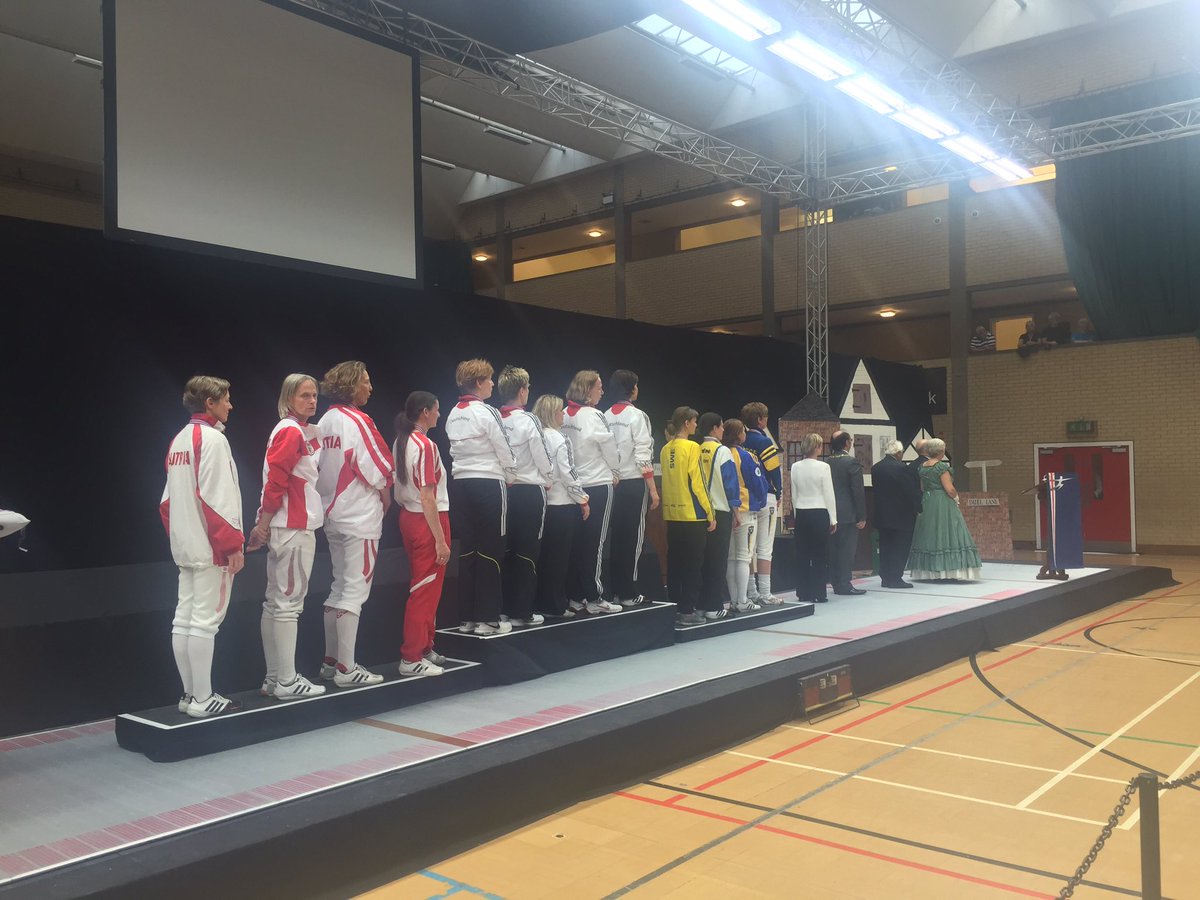