Ellis has guided her team to an unbeaten start to 2017 after masterminding four victories in as many games during the period, with a pair of WBBL Championship triumphs and a couple of wins in the WBBL Trophy.

Hatters opened up January with a dominant 95-69 road win at Cardiff Met Archers to remain at the forefront of the title race.

Ellis and her side then followed it up with a late show at home to Team Northumbria which cemented an 83-74 league victory. 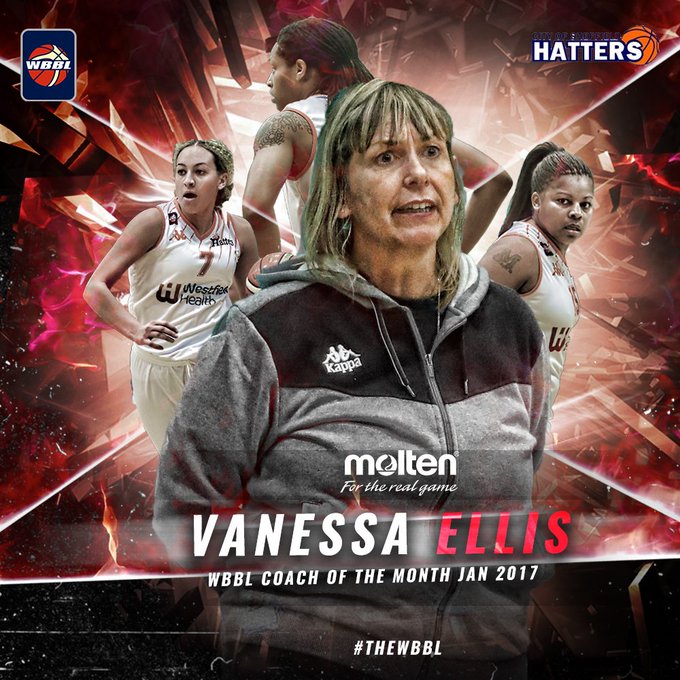 Hatters have also hit the ground running in the WBBL Trophy, as they eye up a spot at next month’s showpiece British Basketball Trophy Finals on 19 March at the Emirates Arena in Manchester.

They tipped off their challenge with arguably their best result of the new calendar year so far, as they shot down Nottingham Wildcats on their travels with an 82-72 success.

Ellis and Co then wrapped up a flawless January last weekend by easing their way to a comfortable 69-50 home win against Caledonia Pride.