LAUREN IS POLISHING UP HER ACT WITH TOKYO IN MIND As one of four GB Taekwondo reserves for Rio 2016, the teenage European champion can’t wait to put into practice what she learned in South America.

Welsh star Williams is included in a five-strong squad for this weekend’s Polish Open- the first major competition since the Olympic Games.

“It was surreal being able to experience the Games first-hand and discover what goes on behind the scenes during the run-up to an Olympic Games.

“It’s given me a real buzz to get up into the top six for Tokyo and secure my spot for 2020. It’s made me more determined to push myself in training and make the most of each session.”

Williams earned her reserve nomination after some outstanding performances pre-Olympics.

In addition to her European success in Switzerland, the 2014 World Junior champion also won the Greek Open at -67kg before stepping up to -73kg to take silver at the Luxembourg Open. 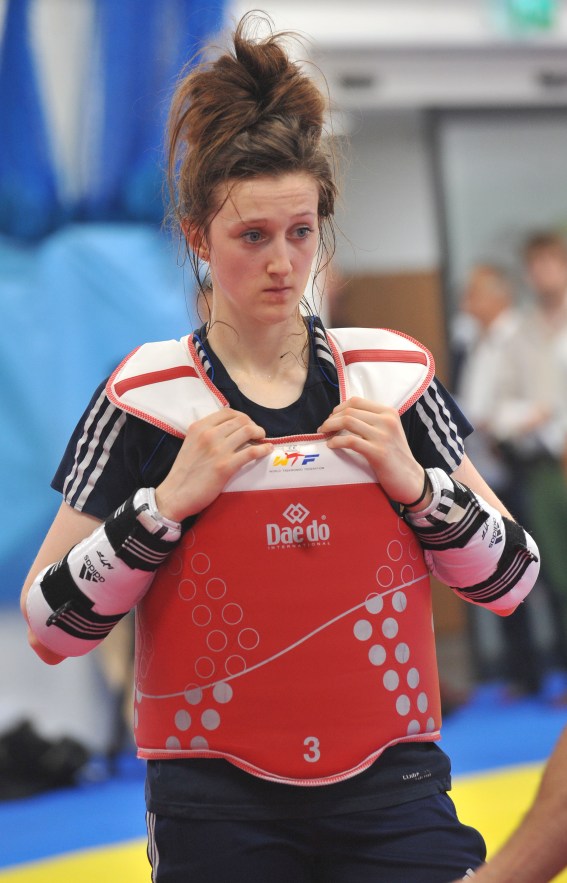 “Training was intense in Brazil but because I wasn’t under massive pressure to perform myself, I could relax a bit and enjoy the experience helping out our girls,” she explained.

“I really loved the intensity, and the excitement of being in the crowd at the end of it made it all more enjoyable.

“Being back in Manchester after this experience has made me want to qualify that spot for Tokyo more than ever!

“It’s encouraged me to push harder and focus on developing my game to make sure I’m the best I can be over the next four years.

“I’ll be going out there to put targets into practice and hopefully develop new tactics, and see what I need to build on in the run up to majors. I’ve never been to Poland before so it’s a new experience and I’m excited.”

Jade Slavin is the other female looking to build on a strong end to last season. Still only 23, the North East born fighter won the Austrian and Luxembourg Opens earlier this year, beating Williams in the final of the latter event.

The men’s team is relatively inexperienced and looking to build on promising performances so far this year.