Britain’s “bankers” for gold – the women’s pair and men’s four –  came home with the goods from the European Championships in  Brandenburg an der Havel, Germany, today and there was an exciting bonus win from the new-look women’s eight in the Olympic classes as well as superb win for the lightweight men’s pair.

Every crew from every nation had to dig deep in the strong cross-winds which meant winning came ugly rather than with finesse.

Helen Glover and Heather Stanning won the women’s pair to defend successfully their European title by some margin while the new-look 2016 men’s four of Alex Gregory, Mohamed Sbihi, George Nash and Constantine Louloudis controlled the conditions better than the opposition as well as having the power to take victory by just over a length.

Sbihi said:  “I didn’t need to call for a big push at the end. We had the length at the end.  They were tough conditions. Every time we got some boat-speed the wind hit us but you have to deal with the conditions on the day”.

Gregory said:  “It was very hard to do what we normally try to in training but it was a real test of our boatmanship. I am really pleased with the start we have made and I am excited to find out what we can do from here”. 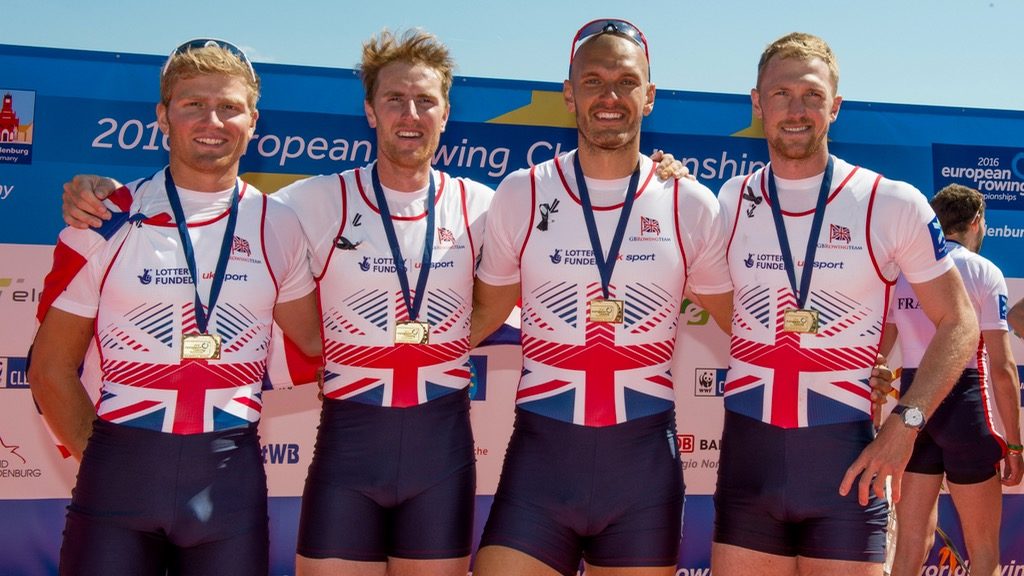 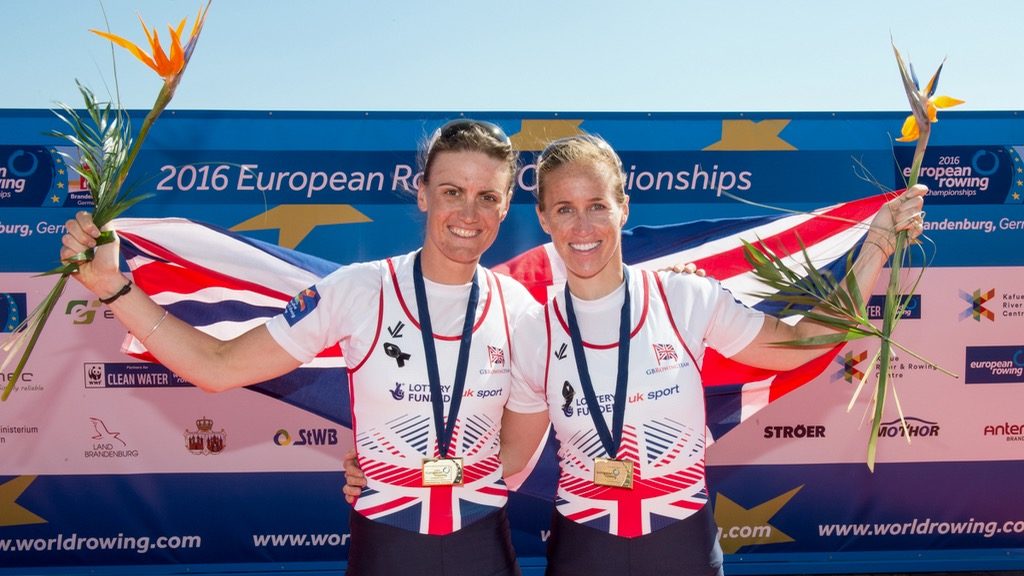 Glover said:  “There were waves coming over my back at the start but racing here has up-skilled us.  We may have cross-wind conditions in Rio so it was good to race in them”.

Stanning added:  “We may be an experienced crew but we’re not experienced in these conditions.  So we had to concentrate”.

The GB’s women’s eight added a fabulous third gold when they smashed through the Dutch leaders with about 10m to go.

“The speed with which we were able to come through at the end was the special bit.  We have a lot of speed in this boat”, said OlympianKatie Greves who is clearly excited about this crew.

“Everyone did their job and stayed calm even though we were a length down’, said Zoe Lee, the stroke of boat. “It’s a privilege to row with these women”. 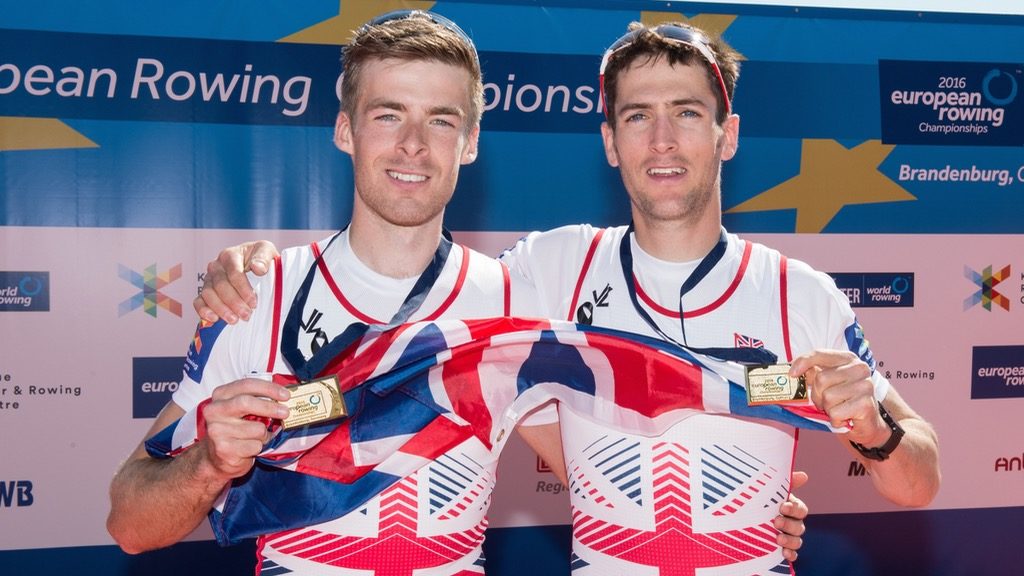 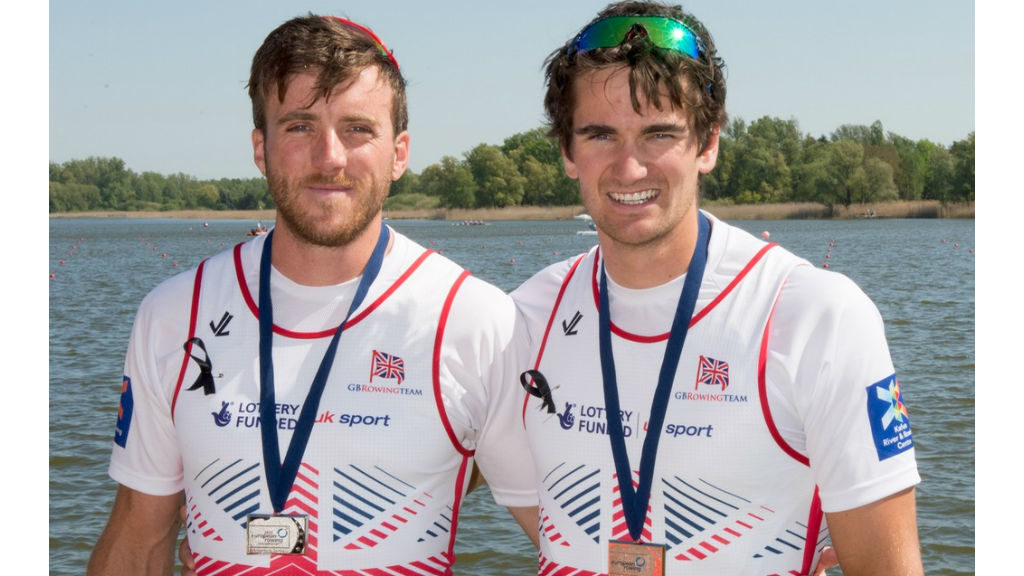 “Conditions have bordered on the extreme and have bene a tough challenge for all nations but we are an outdoor sport and have to accept that. It’s now onto Lucerne for the World Cup in late May where we will hope for calmer water”.

Alan Sinclair and Stewart Innes added silver to the GB tally of four golds, two silvers and a bronze, in the men’s pair. They beat the Dutch who should have been their main opposition only to lose out on gold to Hungary who surged through at the end.  “I’m disappointed’, said Innes afterwards. “We came here to win”.

Sinclair added:  “Those were tough conditions.  I still think we have our best rowing to come”.

Chris Bartley, Mark Aldred, Jono Clegg and Peter Chambers were beaten to gold only by the reigning World Champions Switzerland in the light men’s four.  Their silver came in a time of 6:47.73 and was a big step on from their ninth place at last year’s World Championships.

Bartley said:  “After last year we are pretty pleased with that start”.  Aldred added:  “We have worked hard and made a lot of improvements over the winter”. 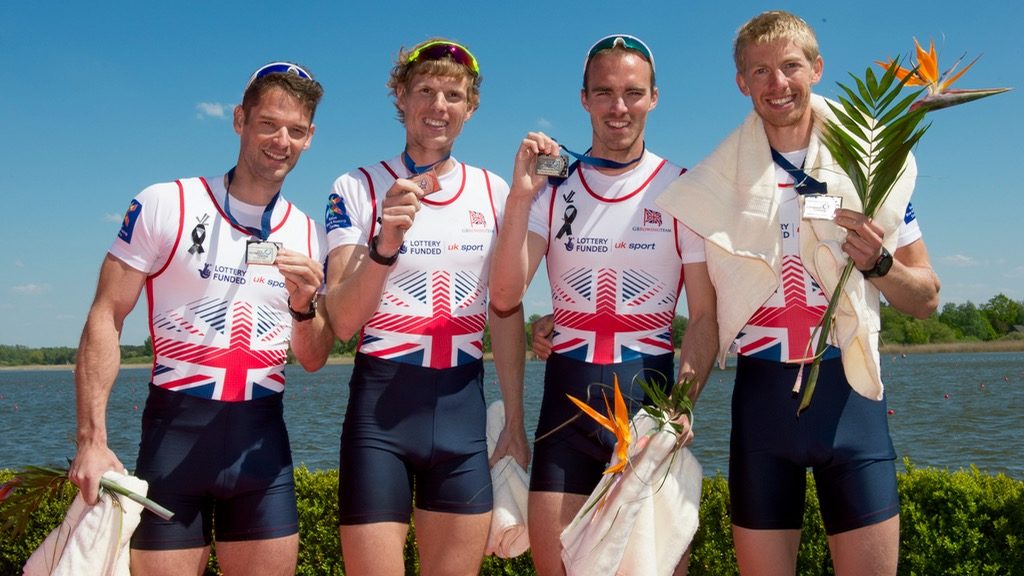 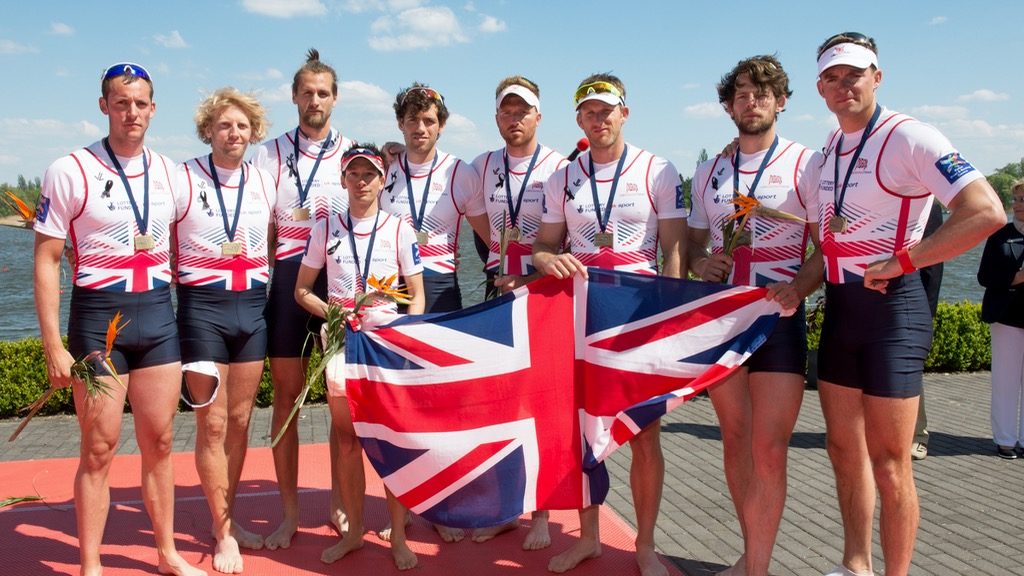 The men’s eight, a new line-up in 2016, took bronze in the last race of the day in a race won by Germany with Russia taking silver.

“That was an exciting race.  In terms of eights racing that’s about as exciting as it can get with several crews having had the lead at various times”, said World Champion Paul Bennett afterwards.

In the opening race of the day GB’s Sam Scrimgeour and Joel Cassells were emphatic winners of lightweight men’s pair gold, in one of the sport’s International Class events.  They got out to an early lead and went on to seal victory with style.  The victory meant a European title to add to Scrimgeour’s 2015 World gold and a successful title defence for Casseslls.

GB had 13 crews in today’s finals and took four golds, two silvers and a bronze. The next big event for the GB Rowing Team will be the world cup in Lucerne from May 27-29.