Doncaster born Stevenson, a four-time Olympian and Britain’s first ever World and Olympic medallist, is leaving the GB Academy in Manchester to devote more time to nine-month-old daughter, Elsie Diana.

“No, I am not pregnant again,” laughed the Liverpool based mother and wife of GB Taekwondo coach, Steve Jennings.

“But I want to be the best mum I can be. Retiring from competitive sport was a million times easier than this decision,” admitted Stevenson, a triple World Championship gold medallist and bronze medallist at the Beijing Olympics in 2008.

“This decision ended something I have done all my life and it was the hardest one I have ever made.”

After quitting the sport as a player in April 2013, Stevenson, who read out the athletes’ Olympic oath at London 2012, was appointed an elite level coach with responsibility for an expanding junior development programme. She became a mum for the first time in April 2015. 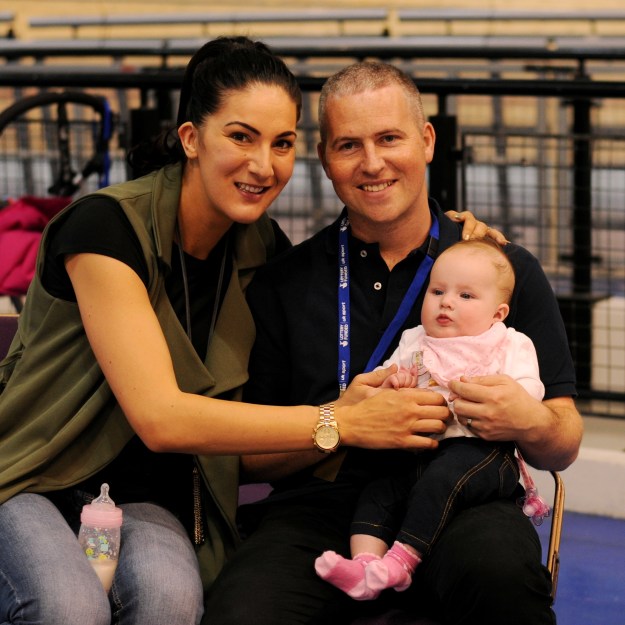 “It’s not the job, it’s just the travelling distance involved between Liverpool and the Academy in Manchester.

“If I have my mind on Elsie in Liverpool, I don’t think I am giving everything to the sport or everything to my baby. And anyone who knows me, knows if I do something, I do it with everything I have got.

“So, if I have to make a choice then Elsie comes first. But I am genuinely disappointed to be leaving.

“There are so many exciting things happening with the junior programme and at the elite level of our sport. That’s what makes it even harder.

“We’ve got a fantastic new training facility in Manchester and I would love to have worked alongside Martin Stamper. Liverpudlian Stamper, a London Olympian and 2011 World bronze medallist, recently moved into coaching with GB Academy after his own retirement, aged 29.

Stevenson, 32 and awarded an MBE in 2012 for her services to martial arts, won’t completely be lost to the sport.

She retains her place on the Executive Board of the World Taekwondo Federation and will continue in her role as one of eight Olympians selected as Team GB Greats to mentor and share experiences with aspiring Rio 2016 hopefuls.