Ramasamy has been recognised for his outstanding work as head coach of Gurumu Taekwondo club in London as well as GB Taekwondo’s Talent Pathway.

The award comes off the back of an amazing 2015 for the coach, as he received special recognition at the UK Coaching Awards by being named runner-up for the Performance Development Coach of the Year Award, where a grant was given that matched that of the winners.

Siva said: “The event itself was incredible and it’s different to anything I’ve attended before. I genuinely don’t feel I deserved to stand in such an arena, just the sheer sporting excellence that was at the awards was something else, it didn’t feel real.

The prestigious event was held at the JW Marriott Grosvenor House in London and had many industry professionals and sporting personalities in attendance, such as Frank Bruno, James DeGale and Denise Lewis.

“There were two things that resonated with me, the amazing sporting legends who I had the honour of being in the same room as but also the unknown legends, who have been working tirelessly in their diverse communities, where there are still many social problems.

“The tremendous work they have carried out affected me quite a bit and I even got a little emotional, as for me – from a grassroot level – it’s all about inspiring people and children in my local community towards excellence; even if they’re not quite sure how to get on their path…it’s all about providing them with their stepping stone or avenue to getting there.

“Which is why it was more humbling for me to be amongst those selfless individuals, it was quite emotional, an absolute honour.

“Going to the Olympics and winning a gold medal is phenomenal but at the same time, helping a child off the streets and putting them on the right track to aspire to be something great is a completely different challenge. To witness Taekwondo at a grassroot level and be able to do that is such a privilege.

“Working on the GB Pathway and being able to witness those grassroots kids work to that next level is something else and for them to aim to qualify for World Championships and other major events is fantastic.”

PATHWAY COACH RECOGNISED FOR HIS ACHIEVEMENTS AT UK COACHING AWARDS

Andrew Stewart (Badminton) took the award but in recognition of his work in developing Taekwondo, Siva received special recognition from the judges and a grant matching that of the winner, to invest into his club, Gurumu. 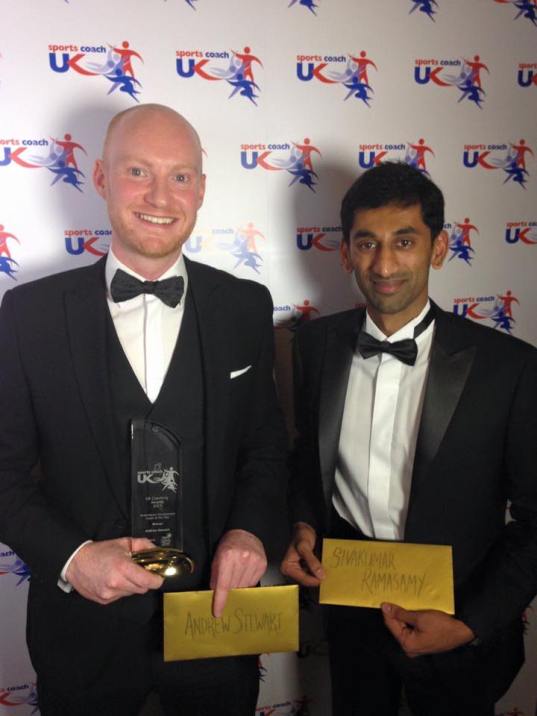 Upon hearing the announcement, London-based Siva said, “It feels great to have been recognised amongst so many talented nominees, it was good to see the wider coaching community all together under one roof.”

He continued, “As coaches we usually put our athletes first and don’t always see the sacrifices we’re making along the way, so it was a good chance to take everything in.”

The news follows success earlier this year for Siva’s club, Gurumu Taekwondo, a GB ‘Talent Club’ who took first place at this year’s National Championships with an impressive 36 medals.