A 21-strong Great Britain Cycling Team squad, made up of Paralympic and world champions, will take on the rest of the world at the final stop on the road to Rio at the 2016 UCI Para-cycling Track World Championships in Italy.

The event, taking place in Montichiari from 17-20 March, is the final chance to gain vital qualification points ahead of the Paralympic Games in Brazil this summer – as well as an opportunity to defend and win rainbow jerseys and world titles.

Ahead of her first appearance on the world scene on a bike, she already holds a world title in another sport – having claimed the T37 100m title, and world record, on her debut at the 2015 IPC Athletics World Championships in Qatar.

Cox, who was diagnosed with multiple sclerosis in 2014, is aiming this summer to become the first British athlete to win medals in multiple sports at the same Paralympics since Isabel Newstead in 1988, and competes in the C2 category. Four-time world champion Sophie Thornhill will be looking to take the B tandem sprint and kilo titles for the third year in a row in Montichiari.

The 20-year-old, who was born with oculocutaneous albinism and is visually impaired, won her first two world titles with pilot Rachel James in Mexico, before retaining with current pilot Helen Scott in Apeldoorn last year.

Lora Turnham partners with pilot Corrine Hall for the 2016 world championships. Turnham, who was born with a hereditary sight loss condition, finished fourth in the pursuit with pilot Lauryn Therin in 2015 and will be looking to reach the podium alongside Hall, with whom she is a two-time road world champion. Sally Hurst (C2) took bronze in the C2 pursuit in international competitions in Newport and Manchester in 2015, setting a new personal best of 4:55.802 at the National Cycling Centre in November.

One of Great Britain’s best medal prospects could come from Megan Giglia (C3). The 30-year-old, who suffered an acute brain haemorrhage that resulted in paralysis to her right side in 2013, finished fourth on four occasions at the track and world championships in 2015.

She ended last year on a high, with gold in the C3 individual pursuit at the Manchester Para-cycling International, smashing her personal best twice on her way to beating world champion Denise Schindler in the final, and will be hoping to make it fifth-time lucky in Montichiari.

Liz Saul (C4) made her road world championships debut in 2015 and now turns her attention to the track. Saul missed the Manchester Para-cycling International in November through injury and will be keen to make an impact on the boards in Italy.

Crystal Lane (C5) will be looking to build on her good form in 2015 at this year’s championships. She won silver in the 500m time trial and bronze in the scratch at Apeldoorn and followed that up with two gold medals in the Manchester Para-cycling International.

The final female member of the Great Britain Cycling Team needs no introduction. 11-time Paralympic champion, Dame Sarah Storey will be looking to add to her 11 track world titles in Montichiari.

The 38-year-old (C5) has a remarkable record at these championships and is undefeated in the individual pursuit since the first IPC/UCI Para-cycling Track World Championships began in Switzerland in Aigle in 2006.

Alongside Dame Sarah Storey, another member of the Great Britain Cycling Team has fond memories of Aigle 2006. 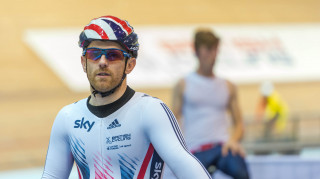 Jody Cundy (C4) won the kilo ten years ago, breaking the world record on his way to his first individual cycling gold medal.

The 37-year-old is a ten-time world champion, and like Storey, is undefeated in his signature event, the kilo.

Also looking to retain rainbow stripes in Italy is the tandem duo of Neil Fachie and Pete Mitchell. The pair claimed the kilo and sprint titles in Aguascalientes in 2014 and successfully defended them in Holland in 2015. Can they make it three years in a row in Italy in 2016? Steve Bate and Adam Duggleby make their second track world championships appearance this year. Following a sixth-place finish in the pursuit in Apeldoorn, they won four medals in the road world cup season – including gold in the time trial in South Africa.

The final male tandem pairing sees a world championships debut for James Ball. The 24-year-old – who converted from athletics – pulled on the Great Britain Cycling Team jersey for the first time at November’s Manchester Para-cycling International, alongside pilot Craig MacLean, with the duo winning bronze in the sprint.

Teenager Louis Rolfe (C2) makes his second world championships appearance in Montichiari. The 18-year-old has gone from being one-to-watch, to being a regular in the Great Britain Cycling Team and will be looking to win his first world medal in Italy. Former serviceman Jaco Van Gass (C4) lost his left arm at the elbow along with multiple injuries due to a rocket attack while on his second tour of duty in Afghanistan in 2009.

Another former member of the Armed Forces, Jon-Allan Butterworth (C5) makes his return to the UCI Para-cycling Track World Championships after taking a break from cycling last year. The two-time world champion won silver and bronze on his last world championships appearance in Mexico in 2014. 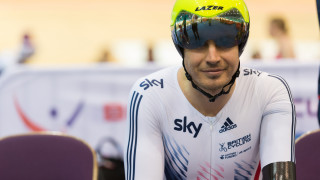 Montichiari is situated in the province of Brescia, in Lombardy, Northern Italy. With a population of just 23,000, the town also plays host to the Great Britain Cycling Team’s new European training base for the endurance academy squad.

The Montichiari Velodrome opened in May 2009 and previously hosted the 2011 UCI Para-cycling Track World Championships – an event in which Great Britain topped the medal table with 18 medals, nine of which were gold.

The velodrome has a 250m long track made of Siberian Pine wood, with a maximum inclination of 44%.