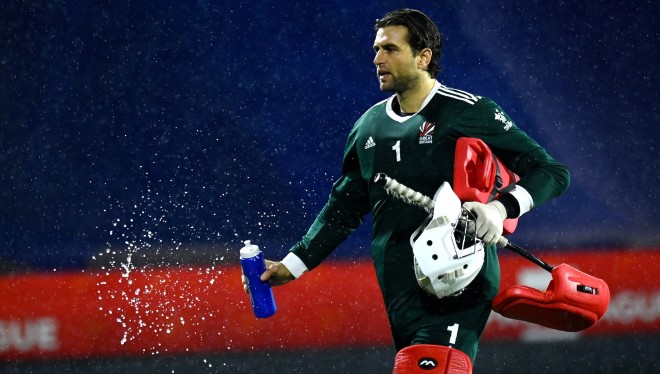 Great Britain suffered double FIH Hockey Pro League defeat in their second round of fixtures away to The Netherlands.

The women were unable to add to the point they secured with a solid performance on Tuesday as they were beaten 3-0 thanks to goals from Caia van Maasakker, Frederique Matla and Eva de Goede. Both Sarah Robertson and Izzy Petter came close to scoring for Great Britain, while Sabbie Heesh produced some good saves.

Men’s goalkeeper George Pinner was also kept busy as the men fell to a second straight defeat against the Dutch.

Phil Roper’s goal on the stroke of half-time had brought GB level, cancelling out Mink van der Weerden’s early opener. But Jeroen Hertzberger struck twice in a minute at the start of the final quarter to help his side to victory.

The start to the second encounter of the week between the women’s teams mirrored the first as the Dutch took the lead in the second minute, van Maasakker converting a penalty stroke.

Continuing to follow the pattern of Tuesday, Great Britain grew into the game and their first chance fell to Jo Hunter, who couldn’t get enough of a deflection on a pass from Tess Howard to trouble Anne Veenendaal.

Amy Costello and Heesh then provided smart saves to thwart Dutch corners, while GB couldn’t convert two set pieces either side of the quarter break.

Heesh was in action again to smother Lauren Stam in the 18th minute but she couldn’t keep out Matla’s flick seven minutes later.

The visitors won a corner right on the stroke of half-time and thought they had equalised through Tess Howard but the goal was ruled out on review after Hunter was adjudged to have blocked a defender.

Great Britain came out and applied plenty of pressure to the Dutch in the second half, with Robertson coming closest to scoring after a great interception by Laura Unsworth but Josine Koning thwarted her effort.

Mark Hager’s side won several corners as well but couldn’t convert, while at the other end Heesh was on hand with another couple of smart saves.

de Goede then all-but-secured victory for the Dutch early in the final quarter as she swept home a penalty corner rebound, while two minutes later Izzy Petter flashed a shot wide.

“The Dutch came out a little bit stronger today and played with a little bit more intensity than the other day,” reflected Unsworth after the match.

“As a squad we put in a good performance, we just couldn’t put away our chances like we did the other day.

Determined to make up for Tuesday’s narrow loss, Great Britain started on the front foot as a Will Calnan cross caused momentary chaos after hitting the post before Liam Ansell fired a corner just wide.

The Dutch quickly grew into the game though and took the lead in the eighth minute as van der Weerden converted their first corner of the game.

They pushed hard for a second, with Pinner on hand with several important saves, Tom Sorsby coming up with a second brilliant goal-line clearance in as many games and Luke Taylor producing a beautifully timed tackle.

With just 30 seconds remaining in the first half, Zach Wallace won a corner that Roper beautifully threaded into the corner to ensure the teams went in level at the half-time break.

The Dutch continued to provide plenty of pressure on the British goal in the third quarter, winning four corners in just two minutes. But they couldn’t find a way through the British defence, with Pinner also pulling off a fine diving save to thwart Thierry Brinkman.

There was nothing he could do to stop Hertzberger’s first goal in the 47th minute as he deflected corner into the goal before turning in a brilliant cross by Brinkman moments later.

Rupert Shipperley had a shot on the spin saved with five minutes remaining but there were no further chances for Great Britain to try and salvage any points. The game also saw David Goodfield play his 50th combined international match for England and GB.

“I think over the two games we had our opportunities and it’s a story of missing a few of those,” reflected captain Adam Dixon after the game.

“We know how easy that can change the course and momentum of a game. The Dutch scored goals at crucial periods.

“The boys are just happy to be playing. We’ve been playing club hockey back in the UK but it’s not the same. We’ve learned here that we’ve got to be a little bit sharper, tighter in defence and ruthless in front of goal.”