British No.2 Steve Worrall says it’s an “honour to fly the flag” for his country as he prepares to make his Speedway World Cup debut in King’s Lynn tonight, July 1, in Event 1 of the competition.

Great Britain, spearheaded by 2017 British Champion Craig Cook, face Australia, the Czech Republic and the United States of America in their mission to progress directly through to the Final on July 8.

On the opposite side of the pits, Belle Vue boss Mark Lemon swaps his Mancunian manager’s cap for his Australian colours along with Rentruck Aces No.3 Max Fricke; designated Australia’s U21 reserve.

The climax of this year’s international team championships takes place in Leszno, Poland, also the setting of the Race Off for the second and third-placed teams from King’s Lynn and Vastervik. But Belle Vue star Worrall says he’ll maintain his “business as usual” stance in the build up to Saturday at the Adrian Flux Arena, a place he’s already enjoyed an abundance of success this season.

He said: “I don’t see the need to put any more pressure on myself than I would usually to perform well in the World Cup, because that would be counterproductive to what I’m aiming for.

“It’s all about staying relaxed and trying to enjoy myself. I’ve made GB squads before but this is the first time I will have represented my country in this event and I’m really looking forward to it.

“There’s no greater honour than flying the flag for your country and as the other boys in the team will tell you, Great Britain always brings out our absolute best because we really want to win.”

“Obviously, our target is to get straight into the Final. No one really wants to find themselves in the Race Off but whatever happens, we will attack the competition with our maximum effort.

“Britain has just as good a chance of winning at King’s Lynn as the rest. We’ve done it before, and the riders we’re against are all guys we’ve beaten before; whether that’s individually or as a team.

“We’ve just got to remember to have fun. I’m sure Craig [Cook] will find a way to bring the spirit of the Belle Vue camp to the Team GB pits and if everyone embraces that, we will be tough to beat.”

Back in Manchester, National League action will resume this Wednesday, July 5, when the Belle Vue Colts get set to take on the Kent Kings. Tickets now available at www.bellevueaces.co. 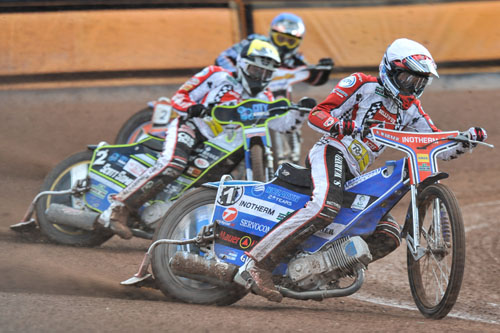 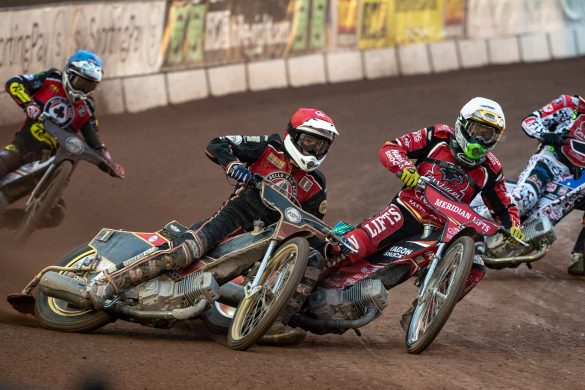 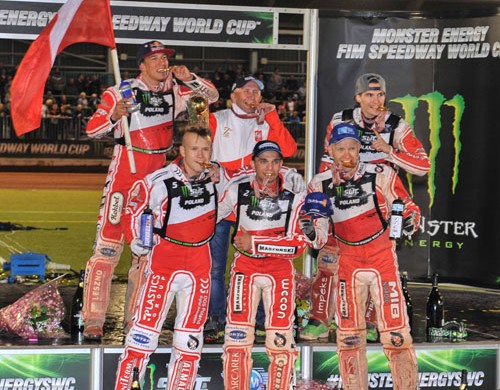 Poland are the winners of the FIM Monster Energy Speedway World Cup.