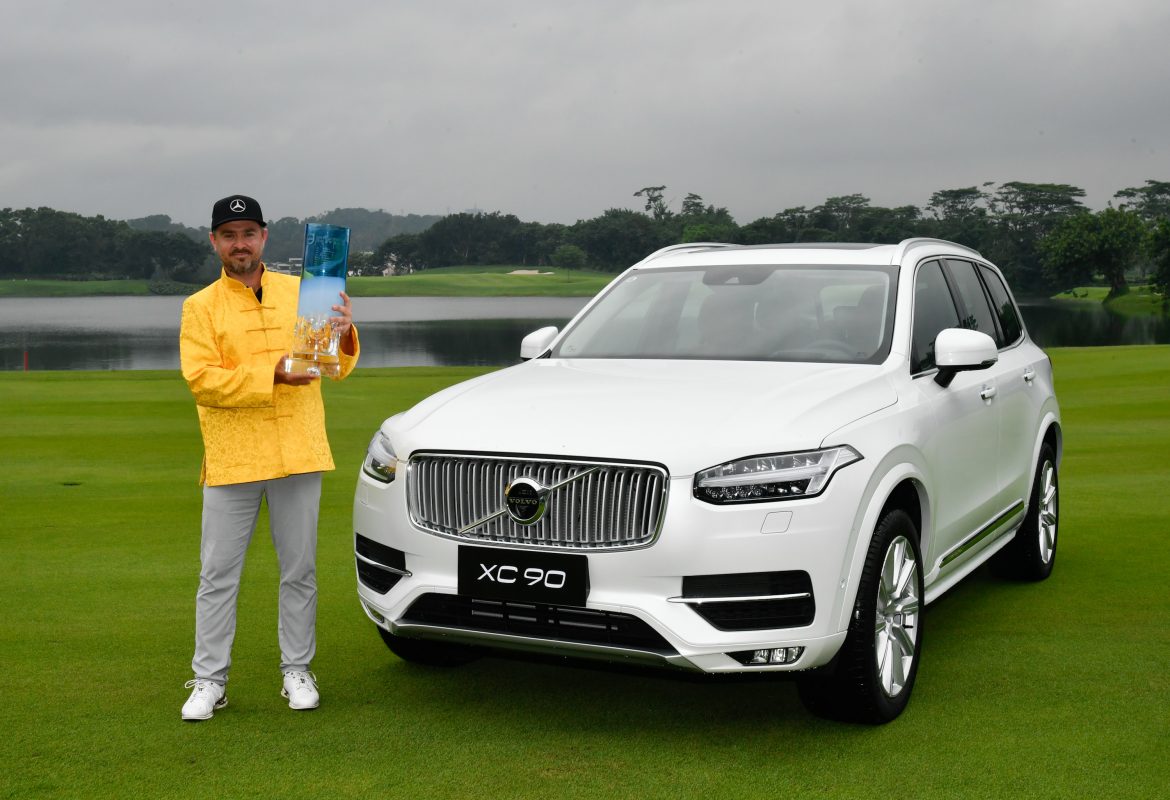 With both players tied on 20-under-par after 72 holes, it was the Finn who broke French hearts with an 11ft birdie putt on the first extra hole played down the 18th as a disappointed Hebert was forced to settle for par.

It was a fitting result for the 38-year old – the first Finnish winner in the event’s 25-year history – who produced a gutsy final round 66 (-6) to claw back Hebert’s overnight three-shot lead and force the play-off.

“I have never experienced a play-off before so it was new situation for me – I felt like I had nothing to lose and just tried to make birdie,” said Korhonen, after receiving the trophy from Volvo China Open Board Chairman Sven de Smet following his second European Tour victory in 168 appearances.

“I just decided to go for it – I think I was more nervous over the par putt on 18 that got me into the play-off in the first place.

“Winning this title is an amazing feeling – I came with no expectations, no plans, I just wanted to go out and play my own game. It’s actually great to play without goals. The putter was my winning formula as I made quite a few birdies from outside of 15-20 feet. Winning a golf tournament is never easy. It was a battle all day as everyone was making putts and I had to stay patient and do the same.”

It was a heartbreaking end for Hebert, a winner six times on the Challenge Tour but yet to taste victory on the main Tour. The Frenchman went into the day with a three-shot lead over the field but ultimately came up just short with a round of 69 (-3).

“It’s been a long journey to come from Morocco to play here then go back again but second place is still very good,” he said, “I missed the wedding of one of my cousins to be here so it was very important for me to have a good week. Mikko made no mistakes and putted great. I knew that I had to probably make four-under to keep the lead and win the tournament but I managed only three.”

The winner was always likely to come from the three-ball of Korhonen, Hebert and Spain’s Jorge Campillo as the trio enjoyed a match-play style situation trading blow for blow as the rain began to fall in Shenzhen.

And it was Campillo who had his nose in front by a shot with just five holes to play before consecutive bogeys on 14 and 15 saw him fall behind.

A birdie on 16 brought him back into a share of the lead and while another on the last would have been seen him into the play-off, Campillo was heading for the airport after finishing one shot adrift on -19.

“It was disappointing. I finished as a champion last week, but not this week,” said the Spaniard, a winner in Morocco seven days earlier. “I had the tournament in my hands but missed a few shots in the middle of my round which cost me. Mikko played unbelievable golf today and it was just a shame I couldn’t join the play-off. Hopefully, I can hit it better with my driver next time.”

World No. 39 Li Haotong gave the record crowds a grandstand finish with back-to-back birdies for a 66 (-6) and outright fourth place on -16, which earned him the Rong Gao Tang Award for the Best Chinese Player, while 2015 winner Wu Ashun fell away despite an early charge finishing with a 70 (-2) on -15 and tied for fifth.

“I played very solidly with just a couple of mistakes,” said Li, who will target becoming the first Chinese winner of a Major when he tees up at the US PGA Championship later this month. “It was great to come back home and play in front of these crowds – and nice to have a birdie-birdie finish for them. I’ll definitely be back next year.”

While Li was the highest-placed Chinese player from the 45 who started the tournament, 17-year-old Liang Enqi produced a final round 70 (-2) to finish on 10-under par for a share of 29th place and with it the prize for the highest finish by an amateur player. His 14-year-old friend Kuang Yang, the schoolboy who is the second youngest player to make the cut in a European Tour event, closed with a 73 (+1) and a share of 55th place.

Sweden’s Alexander Bjork began his final round as defending champion ten shots off the lead but a round of 68 (-4) saw him close the gap for a share of 19th place, nine shots behind the winner. 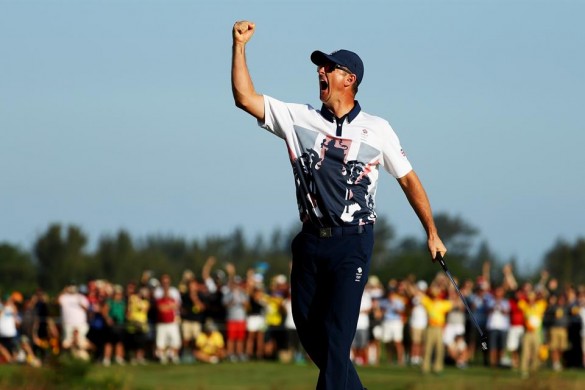