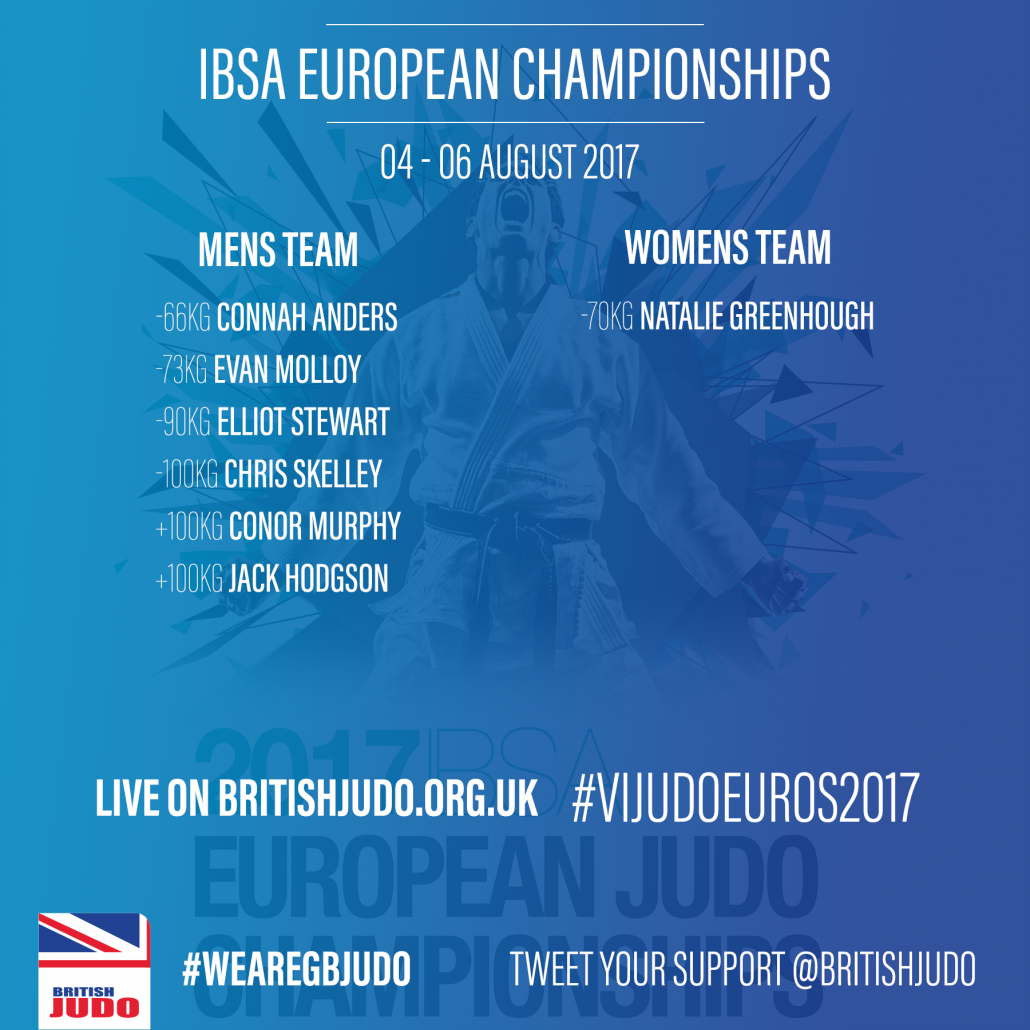 A seven strong GB Judo team has been selected for the 2017 IBSA European Judo Championships in Walsall from Friday 4 to Sunday 6 August.

The British team will be led by Rio 2016 Paralympians Natalie Greenhough (-70kg), Chris Skelley (-100kg) and Jack Hodgson (+100kg) and sees a blend of experienced international judoka and up and coming athletes.

Skelley and Hodgson both won bronze at the 2015 IBSA European Judo Championships in Odivelas, Portugal and both men will be aiming for more of the same in Walsall.

Anders (-66kg) and Molloy (-73kg) have both competed internationally for Great Britain with Molloy winning gold at the German Open earlier this year Anders made his international debut at the 2016 Great Britain VI Judo Grand Prix.

Elliot Stewart (-90kg), whose brother Max is aiming to qualify for the Tokyo 2020 Olympics at the same weight, and Conor Murphy (+100kg) are both senior British Championships medallists and will be fighting in their first international visually impaired judo competition.

The European Championships will be one of the highlights of the IBSA Judo calendar for 2017 with a number of Paralympians, including Rio medallists, entered. This will also be the first opportunity for Britain’s VI judoka to pick up world-ranking points in the Tokyo 2020 cycle.

Paralympic Head Coach Ian Johns is excited at the blend of experience and potential in the British team:

“We’re a month out now and you can see how excited the athletes are. To have a major championship on British soil so early in the Tokyo cycle is brilliant and we can’t wait to fight in front of a home crowd.

“With Sam Ingram unavailable due to getting married that weekend and Jonathan Drane having retired we have lost a lot of experience but Chris, Natalie and Jack have all been there and they’ve competed on the highest stage so I’ll be looking to them to lead the team.

“There’s a lot of potential in this team which is great to see and we know that if everyone goes out and performs as we know they can, the results will come.” 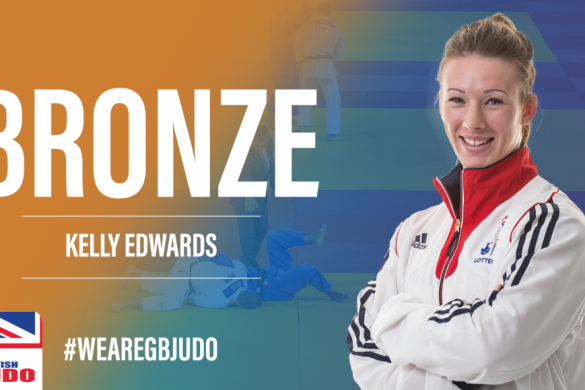 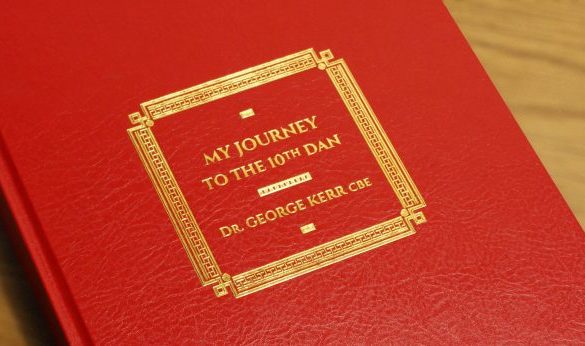 My Journey to the 10th Dan: Beautiful, Fascinating Autobiography Captures a Life Dedicated to Judo 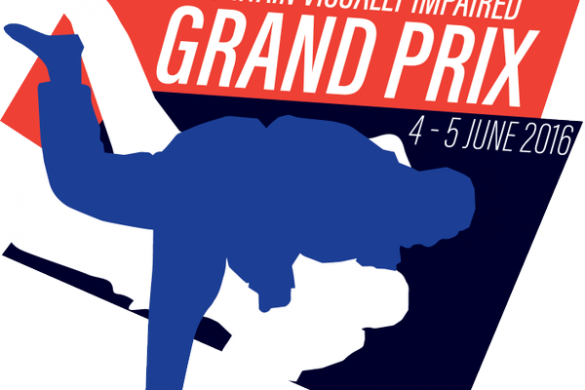