There must be something in the Manchester air that inspires Great Britain’s senior women, after a stunning overtime win over Israel to get their FIBA Women’s EuroBasket 2019 qualifying competition.

They held onto win one of the most thrilling international games seen in this country for many a year, by 90 points to 87, in front of a raucous crowd at the National Basketball Performance Centre.

With Greece only edging past Portugal (66-60) prior to tip-off, the stakes were high for both teams. GB started as expected with Stef Collins, Jo Leedham-Warner, Rachael Vanderwal, Temi Fagbenle and Azania Stewart.

Britain edged the first quarter which was already proving to be closely fought. The lead changed hands eight times with Leedham-Warner a presence at this early stage, to leave GB 21-17 up. Handily, Head Coach Chema Buceta’s scoring options were numerous with seven of the nine players called on during the opener producing points.

But Israel appeared to settle in the second quarter, forcing GB into mistakes. A 14-2 run encouraged the vociferous Israel support behind the bench and they would lead 36-30 at the interval despite the absence of their talisman Shay Doron.  Leedham-Warner had 6 points and seven rebounds, with Georgia Jones – on the occasion of her 50th appearance – with 6 points as well.

Leedham-Warner was again at the forefront of Great Britain’s persistence in the third quarter and the home team lifted the crowd with a proper response.

With greater ball movement and energised outside defence, they seemed to rattle the visitors in a physical game which oddly produced very few fouls called. Jones, Leedham-Warner and Fagbenle were strong in a period where GB scored 26 points to lead 56-51.

The fourth was as epic as expected and the conclusion just as breathless.

With 2.12 remaining, Fagbenle was super-strong to lay up for a four point lead while Chantelle Handy – whose three-point shooting was proving prominent – levelled at 74 with 39.4 seconds left.

Zairy’s huge 3 looked to have given Israel a vital lead with just 8.1 on the board but back came Handy to post up another clutch three to tie again at 77. Overtime was just and no-one wanted to go home anyway at that point.

With 1:31 left in overtime, Jones landed both from the line to let GB lead by one, but the decisive moment came with 35 seconds remaining.

A fast break from Vanderwal was only halted with an unsportsmanlike foul and while the officials took their time to be sure, GB landed both from the line, retained possession. Leedham-Warner followed up and Great Britain would not be denied a hugely impressive comeback.

GB captain Stef Collins spoke after the game, “Really really ecstatic about that win. We played our hearts out and it was great to have the crowd behind us today. We were able to hit some clutch shots down the stretch and showed some great GB spirit.”

GB Coach, Jose “Chema” Buceta said Israel were terrific opposition. “They showed today that they are very strong and they have good shooters and they play good defence. We were able to play at that level today and finally win the game. We were six points down at halftime but the girls did great job to overcome that situation.”

Full stats on the game are available here. 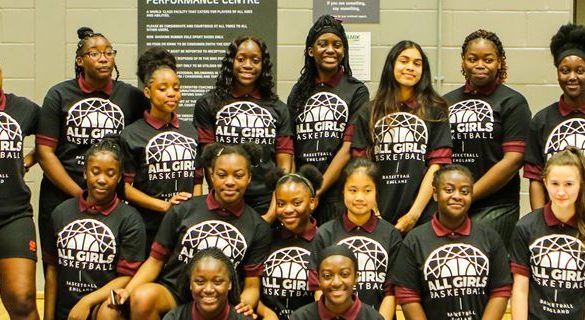