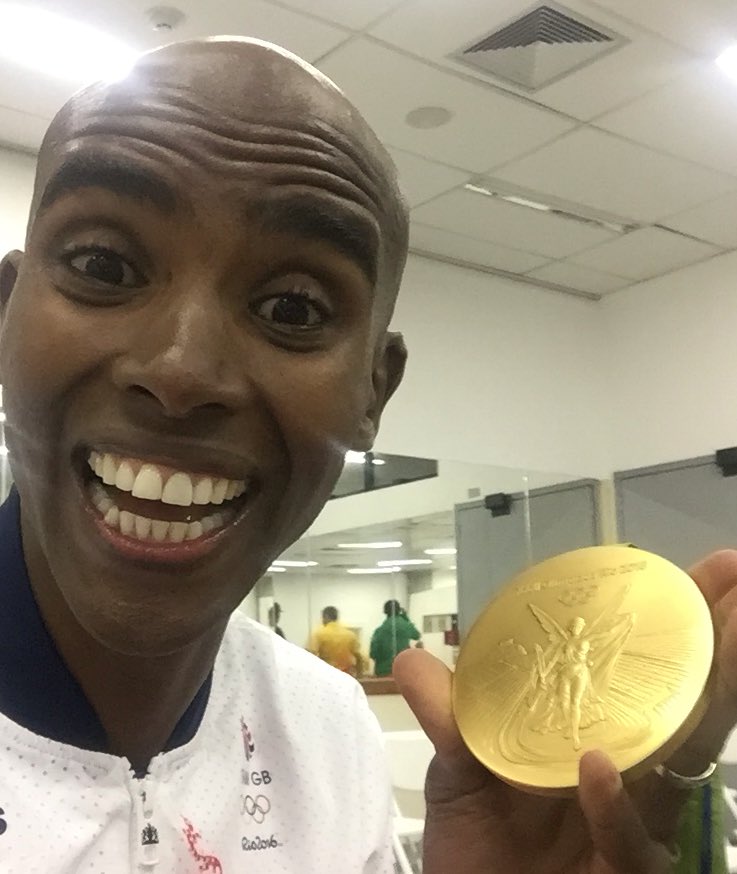 Just as in London four years ago, Farah was first to go, defending his Olympic 10,000m title. Typically cautious through the first half of the race, Farah started to take closer order but was clipped and hit the deck. Thankfully he bounced back to his feet as quickly as he had fallen and from there normal order was resumed.

Taking the lead with two laps to go, Farah controlled the race from the front, looking round to check for danger on numerous occasions. Paul Tanui of Kenya did take the lead on the last lap, but Farah stayed calm before kicking away down the home straight to make history.

After his 27.05.17 victory, the triple Olympic champion said:

“It is never an easy thing when you know you have got a target on your back. When I fell down, for a moment I thought my race was over, my dream was over but then I managed to dig deep.

“I promised my daughter Rhianna I was going to get her a medal and I was thinking ‘I can’t let her down’. That is all I was thinking about – her. That is why I was quite emotional at the end because it almost went.

“As each lap went down, I was getting more and more confident. With the bell, I was thinking ‘just don’t waste too much energy’. “I didn’t know what some of the others could do so I just wanted to make sure I had something at the end. For me, one of the things that keeps me going is winning medals for my country and making my nation proud.”

Jessica Ennis-Hill put up a wonderful defence of her Olympic title, with strong performances across the board. Ultimately she was just beaten by a better athlete over the two days, and that was young Belgian Nafissatou Thiam, who smashed her national record to win gold.

With two events to go Ennis-Hill trailed by just five points, and would have probably thought a 46.06m javelin and 2.09.07 800m would have been enough for gold. As it was, Thiam produced an outstanding 53.13m personal best throw in the javelin, before running another PB in the 800m of 2.16.54.

In the end a total of 6810 points saw Thiam take gold, with Ennis-Hill’s 6775 good for silver. Afterwards she commented:

“Its congratulations not commiserations, I’m pretty emotional but these are happy tears and I’m really proud to be back on the podium it’s been so tough. But yes I’m really proud.

“I think it’s a mix of thinking back to last few years. I’m just so emotional and yeah I’ve just got to make a decision as to whether this is my last heptathlon or not.

“I knew I had to beat her (Thiam) by about 10 seconds. When I came off from the javelin I had to speak to Toni and I said ‘what have I got to do’ – he said ‘ten seconds’ and I was like ‘oh god that’s so much’ but I just thought I’m going to run hard like I always do at 800m and see what I can do.

Katarina Johnson-Thompson (Mike Holmes) also put in a strong performance to finish sixth with a season’s best 6523 points. In the mix the whole way, it was just her performances in the shot put and javelin, which saw her fall away from medal contention.

A British record in the high jump was the highlight for KJT, who will be peak age in Tokyo in four years’ time.

Just like Jessica Ennis-Hill, Greg Rutherford (Dan Pfaff) put up a valiant defence of his Olympic title, a final round jump of 8.29m securing bronze in a thrilling long jump final.

There was drama from start ‘til finish, with the lead changing hands on multiple occasions. Rutherford was first to strike with an opening round 8.18m, but he was soon overhauled by American Jeff Henderson who went two centimetres further.

In round three another American, youngster Jarrion Lawson, went out to 8.25m, but in round four Luvo Manyonga produced a brilliant 8.28m effort. He wasn’t done there though, the South African setting a new personal best of 8.37m, which looked to have won it, before Henderson went just 1cm further in the final round to secure gold.

In the final round Rutherford produced his bronze medal winning jump of 8.29m, which was just 2cm less than his winning jump at London 2012. Afterwards he reflected:

“It’s very frustrating. Obviously I come into these competitions to win them. I felt pretty good after yesterday even though I scraped through. Ultimately I didn’t jump long enough today which is very difficult for me to take. But it is what it is I guess, I’ve just got to make do and move on from that, but I’m pretty gutted.

“Things don’t always go smoothly. I’ve won a lot and today I haven’t won. That’s something I’m not used to and something I have to deal with and figure out. I’m pleased on the last round that I mustered what energy I had left to take me from fourth into a medal position but it’s still not good enough in my eyes.”

Running from lane eight in the third 400m semi-final, Matthew Hudson-Smith (Tony Hadley) finished like a train to sneak second place and a spot in the Olympic final. Running blind, Hudson-Smith gave himself a lot to do in the final 150m metres, but he wasn’t about to waste the opportunity, running hard all the way to line to clock a huge personal best of 44.48.

“Words cannot describe how much of a mess I made of that race, and I ran 44.48 -I’m ecstatic right now! I was shocked because one, I thought I came fourth and then two, I saw the time and I thought ‘what, I’m in the final!’

“I’m putting the jigsaw together and it’s coming together now. I’m so excited for the final and I can’t wait.”

20 year old Desiree Henry (Rana Reider) ran another great race in the 100m semi-finals, but her fourth place finish in 11.09 (+0.6) wasn’t quite enough to make the Olympic final.

“I guess it wasn’t the Olympic ending I was really hoping for in terms of trying to make the final, but I’m proud of myself for growing as an adult and believing that I could run up against these girls and really try make it to the final.

“Now I’m just going to recuperate myself and stay fit and healthy and know that the British girls are ready to roll in the relay.”

In a tough second semi-final, Asha Philip (Steve Fudge) finished down in eighth in 11.33 (+0.3), so like Henry does not progress. Both women will be back in action in the 4x100m relay later this week.

Finally, Michael Rimmer (Jon Bigg) put up a brave effort in the 800m semi-finals but couldn’t do enough to progress. Lining up in a quality heat, where Olympic 1500m champion Taoufik Makhloufi finished second in 1.43.85, Rimmer finished in eighth place in 1.46.80. 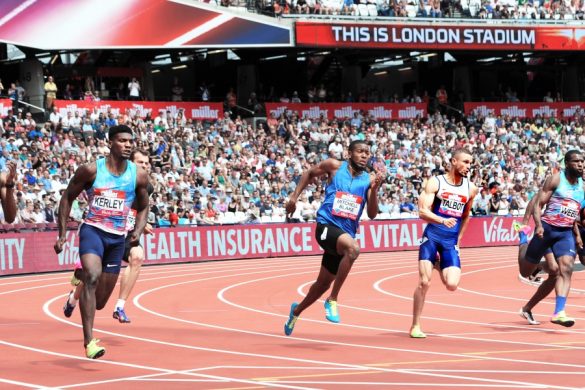 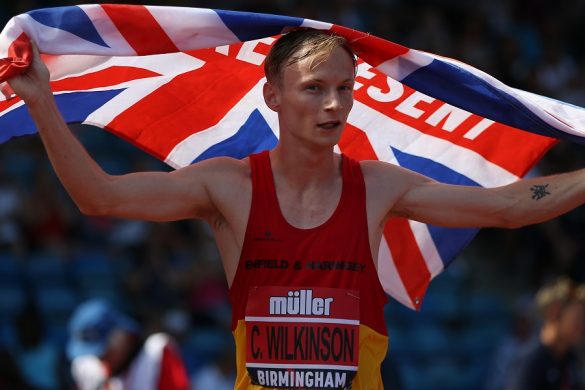