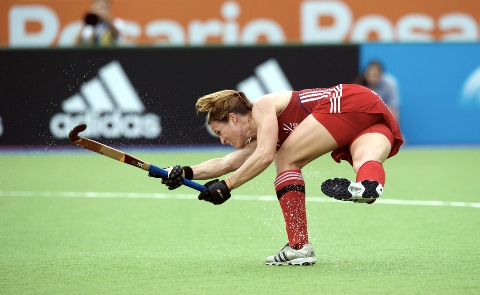 Great Britain and Australia could not be separated in the third test of this six-match series, playing out an entertaining 3-3 draw in Perth. Goals from Crista Cullen, Ellie Watton and Helen Richardson-Walsh were not enough as the hosts hit back via Gabrielle Nance, Karri McMahon and Ashleigh Nelson.

With honours even in the match, the series is finely balanced at 1-1 with three matches still to play.

Chances were hard to come by in the opening exchanges but after seven minutes Danny Kerry’s side won a penalty corner. Cullen stepped up and rifled the ball into the net to make it 1-0 to the visitors. The joy was short lived, however as a minute later Gabrielle Nance levelled it up from open play. Kirsty Mackay was called upon to make a good save from Casey Sablowski and then Sam Quek put her body on the line with two brave tackles in quick succession to deny Kathryn Slattery. The Australia No20 had another gilt-edged opportunity to give her side the lead when the ball broke to her in the circle but a diving Cullen pulled off a miraculous block to prevent Slattery from scoring right in front of the goal.

The Hockeyroos showed no signs of letting up and forced a penalty corner in the second quarter. With no Jodie Kenny in the side today, Georgina Morgan took the responsibility but Mackay was down quickly to make the save. The Great Britain goalkeeper was being kept busy and did well to foil Grace Stewart whose follow up was cleared off the line by Hollie Webb. Adam Commens’ team put Great Britain under immense pressure. Quek continued her impressive defensive work, ably assisted by Laura Unsworth and Great Britain stood firm to head into the half time break all square. Within seconds of the restart Watton, making her 50th international appearance marked the occasion with an unerring finish, slamming the ball into the bottom corner from the edge of the circle to make it 2-1. With players starting to tire, a blistering burst of pace from Susannah Townsend carved the Australian defence open. The Canterbury star fed Bray whose pass was cut out by goalkeeper Rachael Lynch. The loose ball fell to Watton but she could not make a connection and the chance was gone. Great Britain were made to pay in the 37th minute when Australia were awarded a penalty stroke. Karri McMahon converted to restore parity once again going into the final quarter.

As they had in the previous quarter Great Britain caught their opponents cold at the start of the final 15 minutes. A drive down the baseline and cut back was expertly finished by Helen Richardson-Walsh at the near post to make it 3-2. Australia hit back and forced a penalty corner at the other end. Morgan took the shot once again but this time it thundered off the crossbar and away to safety. Great Britain upped the intensity and began to force the Hockeyroos onto the back foot. A sweeping move caused havoc in the circle but Unsworth was unable to find the target, her backhand strike flashing just wide. Despite more heroic defending from Quek, with six minutes left, Australia made it 3-3. Ashleigh Nelson touched home Grace Stewart’s pass from close range to set up a tense final few minutes. A great break from Bray and Joie Leigh won a penalty corner with under a minute to play but despite Watton lifting the ball into the net a free-hit had been awarded to the hosts and it ended all square.

“That was a really tight game. The first two matches were close but this one was even closer. It felt like the heat took it out of both sides and we had to contend with a few injuries but we did well and are pleased with a draw. We’ll go back, debrief this one and come out strong for the next game. We’ve lost a couple of players in Lily [Owsley] and Alex [Danson] but we brought a big squad, we’ll cope with and we’ll be fine.

I felt 35 years old out there today! It’s a massive honour to equal Karen Brown’s record. It feels like we’ve been talking about it for a while so I can’t wait to break the record. It’ll be really nice to get there, a really huge honour.”

Alex Danson injured her hand in training before the first match in Australia and will be flying home tonight, February 16th, to receive further treatment to facilitate a quick recovery.

Lily Owsley fractured her right clavicle during the first Test Match in Bunbury on Friday 12th February. In order for her to recover as quickly as possible she will have an operation to pin the bone in Perth this evening, February 16th, and will be able to return with the Squad on February 22nd.

We do not anticipate any problems in both making a full and timely recovery.

This close series is certainly living up to its billing with some outstanding hockey in the opening three games. Don’t forget you can watch a rematch in London at the Women’s Hockey Champions Trophy this summer. All the details can be found here.

The series is now tied at one game apiece with three left to play. The next match is on Thursday 18 February at 10am UK time. For details on the scheduling, click here. 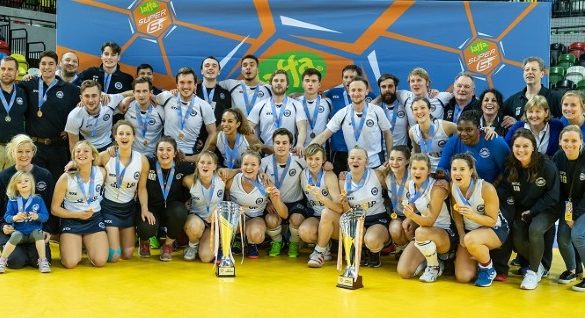 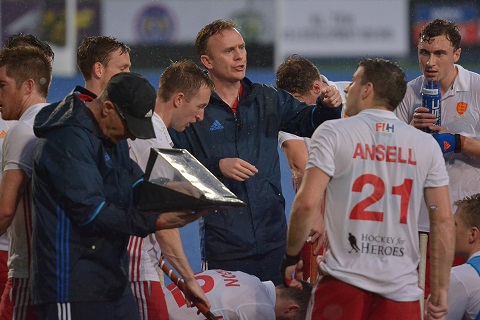 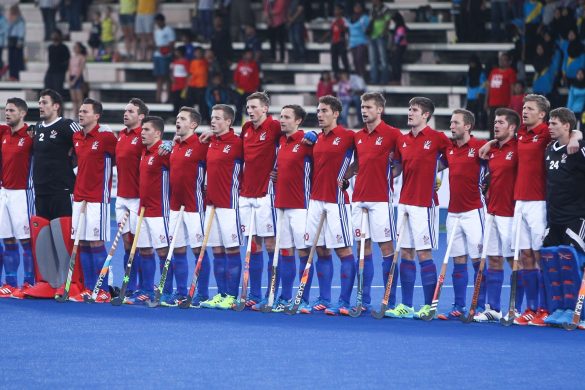