Joe Schilling no longer with GLORY 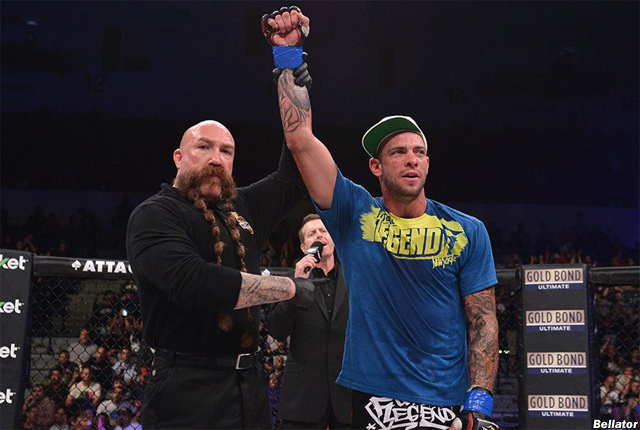 The end of the relationship between GLORY kickboxing and Spike means cross-combat sports starJoe Schilling will no longer appear in the GLORY ring – at least for the time being.

Schilling’s (2-5 MMA, 1-2 BMMA) schedule this year has been among the most hectic of any combat sports athlete. He competed twice in MMA under the Bellator banner and also fought twice for GLORY, recently winning a middleweight title eliminator bout against Jason Wilnis at GLORY 24 in Denver.

“Stich ‘Em Up” was considered one of the stars of the kickboxing organization since its launch in 2012. However, the end of the broadcast partnership between GLORY and Spike left Schilling as a casualty because of his relationship with Bellator and Spike parent company Viacom.

“It impacted me quite a bit, actually,” Schilling told MMAjunkie. “We were negotiating a new contract and it came to a pause on that. So I’m no longer with GLORY, so to speak, at this point. I’m excited for Spike this coming year. I think I’m going to stick with Spike.”

Schilling fought nine times under the GLORY banner in a little more than two years. His accomplishments included winning the middleweight tournament, as well as reaching the finals of the “Last Man Standing” tournament.

One of the mission statements of GLORY was to use the Spike platform to elevate kickboxing in North America. The move off Spike doesn’t necessarily indicate a failure. Its upcoming event will air on various ESPN platforms. But Schilling admits disappointment in the growth of the product in the United States.

“It’s disappointing that we couldn’t continue to do GLORY. I was a big part of GLORY’s start in the U.S., and I really enjoyed fighting for them,” Schilling said. “Hopefully it works out for them down the road. It’s unfortunate it didn’t work out with them and Spike. From a fan’s perspective, that frustrates me because I think kickboxing is still struggling here in the U.S. and GLORY couldn’t make it happen – so that’s frustrating.”

Although Schilling speaks highly of his time with the organization and would have liked to see the relationship continue, he said his best opportunities for an active fight schedule against significant competition remains on Spike.

Schilling said he plans to fight up to six times in 2016 and with Bellator and Spike in his corner, he believes he’ll be granted the chance to put on gloves for both MMA and kickboxing matches.

“I think that Bellator is going to continue to do those ‘Dynamite’ cards, so that’s the kickboxing now on Spike,” Schilling said. “I’ll have a busy year with Bellator and I expect those fights to be kickboxing and MMA. I was hoping after the last fight that I would be on the GLORY card in Amsterdam this coming weekend, but it just didn’t work out. So I’m going to relax and enjoy the holiday and get prepared for a busy year ahead of me.”

For more on Bellator’s upcoming schedule, stay tuned to the MMA Rumors section of the site. 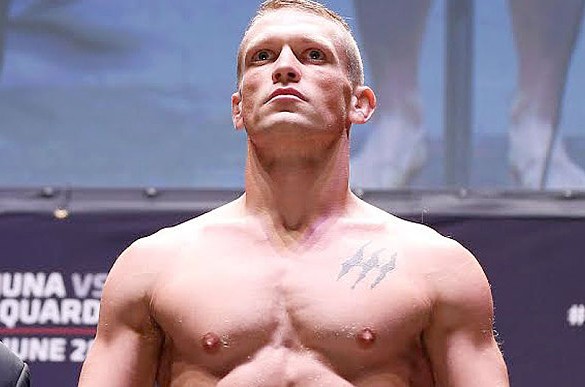 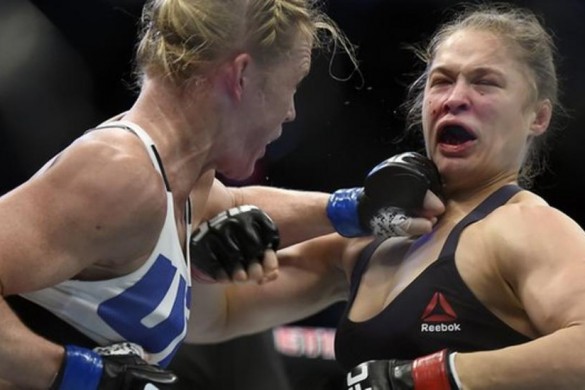 ‘Embarrassed’ Ronda Rousey in first post-loss interview: ‘I need to come back’ and ‘beat this chick’ – MMA Fighting 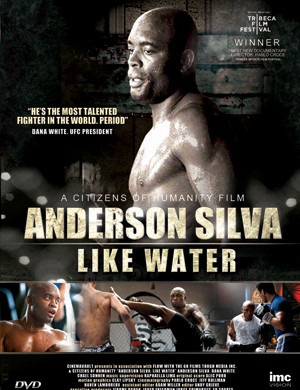