“Kitting Out” Event in Preparation for the European Games in Minsk, 2019 – Ged Noonan 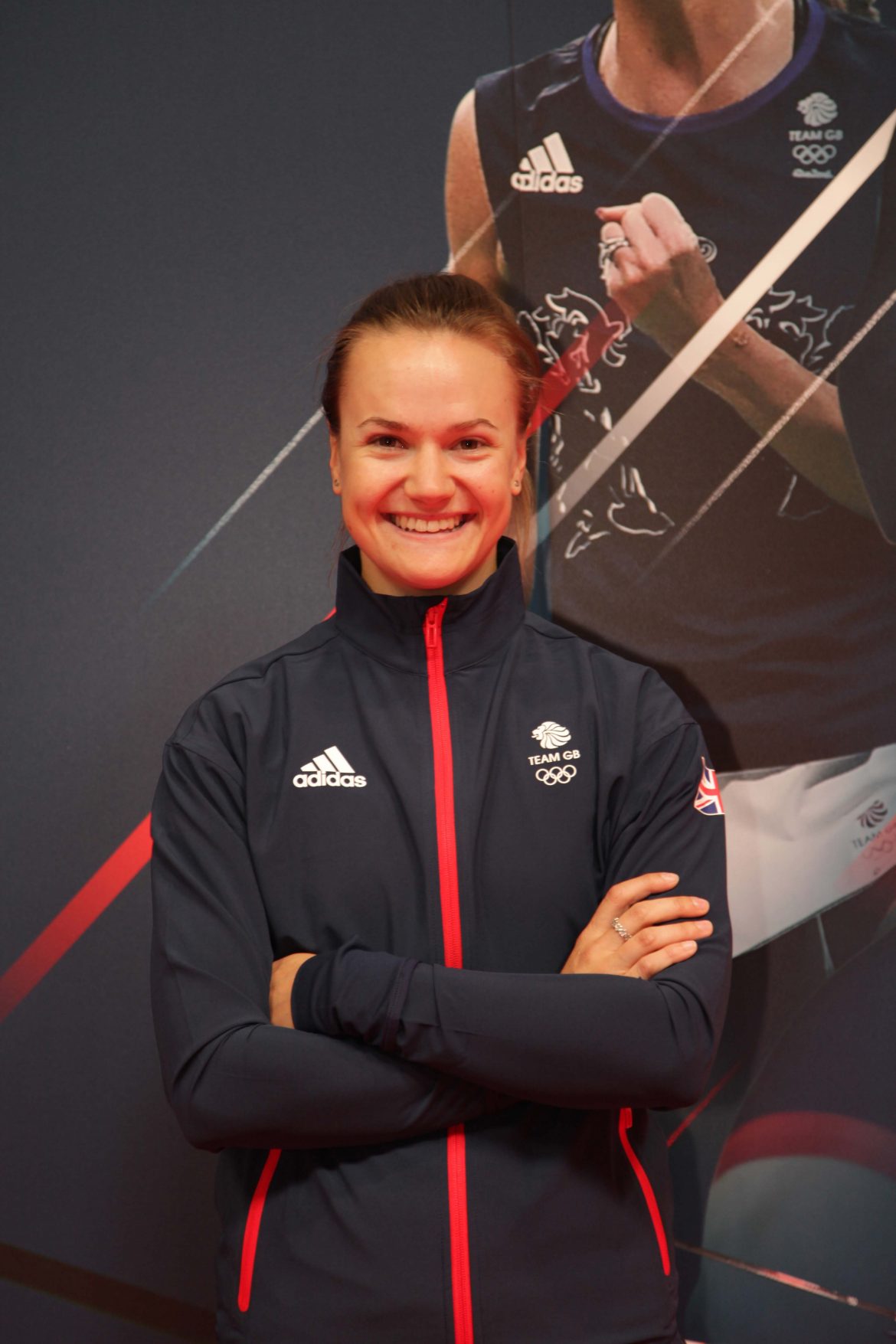 As a part of the preparations for the forthcoming European Games, www.thesportfeed.com was invited to chat to a few of the Team GB athletes who will be taking part in this prestigious occasion.

The British Olympic has selected 101 athletes across 11 sports to represent Team GB in Belarus.  Minsk 2019 provides an important pathway towards the Tokyo 2020 Olympics for sports. With automatic qualification of quota places for some, ranking points for others and three continental championships for sports it is easy to see why Team GB has such a strong delegation going to the Games.

Selected in the team are 25 returning Olympians, from the last three summer Olympic Games, including medallists Jason Kenny, Katy Marchant and Sally Conway, as well as athletes from two non-Olympic gymnastics disciplines, aerobic and acrobatic.

So it was a trip to Birmingham, where the media event took place, for www.thesportfeed.com to catch up with some of the athlete’s about how their preparations are progressing.

Whilst footballers can have 3 clear weeks to prepare for a European Final, some of these competitors will be over in Shanghai or elsewhere, competing for points that will allow then to progress up the rankings. Then with only a few days between tournaments, they will need to adjust themselves to the increased heat and time change in Minsk.  Or as Amy Connell (Karate) noted simply “Turn up the heat in the gym”.  Others may do a bit of cardio, probably with an extra jumper on.  When it comes to winning even the tiniest bit of detail can make the difference

For Anna Docherty and other members of the cycling team the build up to the event in just over two weeks time will involve a stage race and other endurance building sessions before focusing on speed work.  For such intensive events, hydration will be key in an environment that will likely be warmer that the UK.  The two hour difference in Minsk should only take a day or two in which acclimatisation can take place.
Whilst the athletics or even cycling event may take the limelight at the medal ceremonies, other sports are emerging at an accelerating rate.  For example, archery may not be a glamorous sport yet, but there is no denying the passion or intensity within the team.

“It’s the most rewarding thing I’ve ever done” is the view of Alex Wise.  Alex only became familiar with the discipline at a relatively late age of 14, and like Naomi Folkard, another person on the archery roster, came upon it via a sports day taking place during a family holiday.

Age should not be a barrier to getting into sports.  “There is this thing going around that if you haven’t made it by the time you are 18 they you are not going to make it” commented one person with the point being that people should just come along and try it and see how they get  along.   For Tom Hall (archery) he was aged 20 when he just came across it at University.  Now it’s the challenge to continually seek out the next way to improve then the next one after that which has seen him eventually force his way into TeamGB.

Finances are seemingly an essential, but frustrating challenge.  When it can cost upwards of £3,000 for a bow or a bike it’s a serous matter that needs addressing but there is only so much in the pot.
Yet competitors can seldom enter every event available in the hope that they can eke out enough for a new tyre.  At the start of a season they will sit down with their coaches to consider what their targets will be and what the best stepping stones to achieving their goals will be.

The cycle of train, travel, complete, train, travel and compete then repeat to ad infinitum can be offset by the chance to explore exotic places on the tournament trail.   The lifestyle isn’t as glamorous as it seems when there is rarely a chance for the suitcase to be fully unpacked.   If you need confirmation of that then ask the competitors how they prefer to spend their “down time” and  “No airports” seems to come fairly high on the list.   “Me and my partner take the boys to Weston Super Mare on the beach and I just love it.  Sitting on the beach with your fish and chips or cup of tea and toasted tea cake with our dogs.  I just love that bit or normality.”  reveals Nicki Juniper with a huge smile on her face,  Other enjoy the peacefulness and silence of to be experienced when walking through the Lake District.  Karate team manager Gary Anderson finds that the best way to enjoy the locations visited is to go back afterwards, out of competition.

The sporting life may seem glamorous but there are risks though.  For all the opportunities to be cycled into or pieced with an arrow, there are some pit falls.  “The ninth of April 2017” is the date etched on cyclist Nicki Juniper’s memory along with the dates of all her 3 operations on her shoulder.  A broken collar bone that failed to heal first time and also became infected then snapped again, led to her being absent from the sport for a long while.  That she was able to return to the sport she clearly loves was due in part of having a fully supporting partner Nick Yarworth, the bank of mum and dad and her experience of competing in the potentially moral sapping, iron man events.

Similarly, Amy Connell took part in a karate competition in Paris, only to realise a few days later that she had broken both her legs.  Thankfully being an independent business woman helped her in part to complete her rehabilitation and now she’s on course to take part in Minsk, with Gary Anderson reckoning that both she and Joe Kellaway, are genuine medal contenders

When you are part of a travelling community that literally works and plays together then bonds of friendship will be forged.  They are literally a Team GB 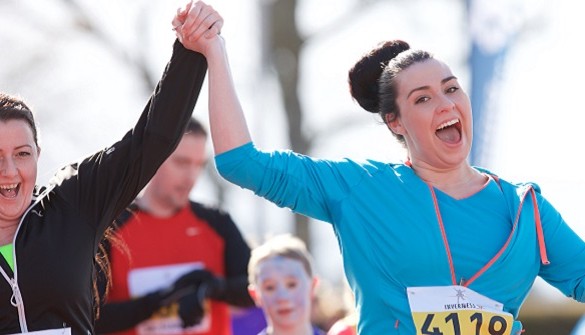 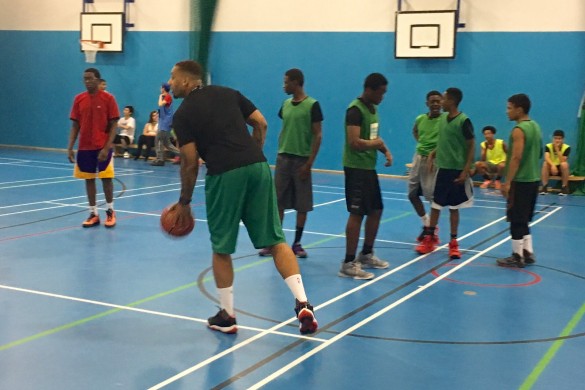 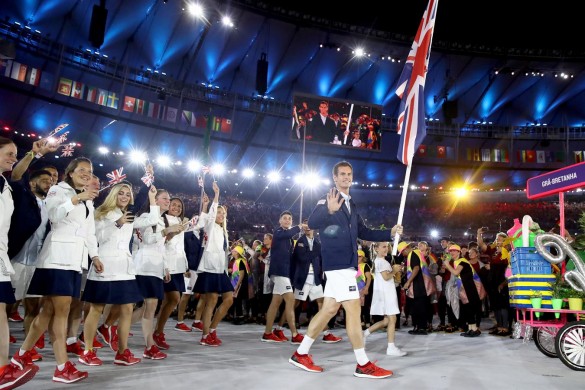