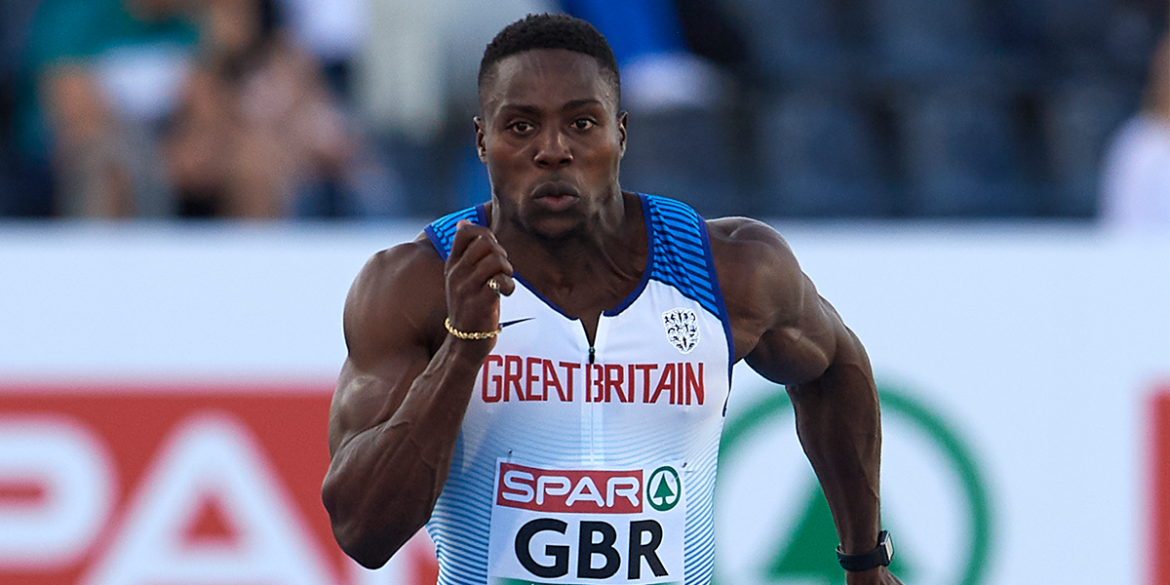 The quartet of Dominic Ashwell (Shaftesbury Barnet; Marvin Rowe), Oliver Bromby (Southampton), Richard Kilty (Middlesbrough; Benke Blomkvist) and Harry Aikines-Aryeetey (Sutton & District; Blomkvist) came together for the first time in style, clocking 38.73 to win their heat in the fastest overall time and become the first Brits to collect all 12 points in the final event of the evening.

With 18 Brits competing individually plus the two relays, it was a busy night in Bydgoszcz, which also saw Chris McAlister (Thames Valley; Marina Armstrong) smash his personal best in the 400m hurdles to earn a qualification standard for the IAAF World Championships and Naomi Ogbeta (Trafford; Tom Cullen) round into form with an outdoor season’s best in the triple jump.

In the men’s 4x100m relay, Ashwell and Bromby – used to running together at age-group level – started the charge for points with Kilty running a fine behind and Aikines-Aryeetey, who had already run the individual 100m earlier, bringing the team home in 38.73 and promoted to winners following the French team’s disqualification.

Aikines-Aryeetey, the British team captain, said: “Great Britain has a lot of depth and talent. These guys aren’t your run of the mill athletes, we are talking about an indoor British champion [Ashwell] and a European under-23 medallist [Bromby]. It is about blooding them young, coming together and making sure they are aware of the system and the set up so you will be seeing them in a couple of years. We let them set us up and let them put us in a position where we could work from.”

In-form Da’Vall Grice – now fourth all-time in the UK men’s 1500m rankings – didn’t claim the win over the distance but he was still happy with events in Poland. Home hope Marcin Lewandowski just held him off on the home straight after an uneventful first three laps as Da’Vall Grice ran well and clocked 3:48.35 for second and 11 points for the British team.

He said: “I am pretty happy with it. Marcin was going to be hard to beat today, he is running really well at the minute. I knew everyone would be watching me and my coach said to me that we have come here for a slow race, tactical, because I have done a lot of time trial races this year. You always have to go in with an open mind in these kind of races. They are very hard but I am pretty happy with it. I dropped in from altitude yesterday where I’ve been putting in some solid work, it’s obviously [world] trials coming up.”

Neita put in the best British performance up to the point of her women’s 100m final in Bydgoszcz as she overcame a restarted race, where she ran to 60m, to finish second into a -2.5m/s headwind in 11:33.

Regaining her composure, and with a great 11:19 season’s best from the heats behind her, Neita finished just 0.02 behind Carolle Zahi of France but upset Polish home hope Ewa Swoboda.

She said: “They say just keep running if there’s a false start and I saw people were still running but I guess it cost me because I ran around 60m. I still ran a good race, -2.5 [wind], if you spin that around, it’s fast running. I am just happy execute a decent model here. It’s two weeks until [world] trials and I am feeling really confident.”

Neita’s outing kickstarted a flurry of second place and 11-point finishes for the British team with European indoor champion Oskan-Clarke the next to do so in a relatively slow women’s 800m final.

She kept herself in contention throughout the race, in the front four all the way, and just narrowly fell short of catching France’s Renelle Lamote as the line came with the Brit clocking 2:01.45.

Oskan-Clarke said: “I always like to come out and do the best that I can for the team. I’m disappointed that I didn’t get the win for the team. I got a bit boxed – that’s down to my own tactical awareness – but that is exactly why I am here, to do this kind of race and get a reminder of how the 800m can go. I should have put myself in a better position but I know my end bit is coming. I am normally very strong but I’ve got that coming.”

Cowan, the winner of the men’s 400m at this event two years ago, was the next up to claim 11 points as he took that final out, putting himself right in contention around the final bend but Italy’s Davide Re just got past him as the line came.

The Brit clocked 46.18 for second and said: “I haven’t been racing that much this season so there is a lot of rust. Normally I am stronger coming home, and the Italian guy has raced more than I have, but hopefully in a few weeks I will get it right. It is a nice competition, it is not like going into a competition and needing to PB in the first round to get through – you can take your time. It is a nice set up here, very friendly and great hosts.”

“It would have been great to clear 2.26m and push for more points but it’s better than two years ago when I competed at this event, much better, and it’s points for the team. The wind made things difficult but I feel that 2.30m [world standard] is coming and once I get there I’ll get better and better.”

British champion Clarke meanwhile secured a top-three finish for herself and the British team in a changeable women’s 3000m steeplechase final. Not the style of race she wanted, Clarke clocked 9:39.85 back racing over hurdles after an outing on the flat for third, and double figures for the British team, ten points.

The British women’s 4x100m relay quartet of Kristal Awuah (Herne Hill; Matthew Thomas), Alisha Rees (Edinburgh; Leon Baptiste), Bianca Williams (Enfield & Haringey; Cowan) and Rachel Miller (Thames Valley; Linford Christie) ran a solid race for second as the four came together for the first time in competition. Awuah ran a strong bend on leg one before Rees controlled the back straight and then Williams ensured the fight would be for no less than second in their heat.

She handed over to Miller to bring it home, just behind the French, in 43.46, and third overall across the two races. Williams said: “I really enjoyed running with the girls. We had a few days to train, and with Rachel being really brand new and not having much relay experience, it was great to involve her and invite her in and give her confidence. I think it went really well for us.”

McAlister, on his senior international debut, was again the first British athlete in action on the track and ran a great race to lower his personal best once again in the men’s 400m hurdles after being placed in lane eight following yesterday’s heats.

He attacked the race, pushing around the final bend and powering down the home straight to grab fourth in 49.28 and a Doha standard after a great season to date.

McAlister said: “It got scrappy and everyone came up on me at once so I had to dig deep to get in there and cross the line for fourth and nine points for the team and that all-important Doha standard. I prefer it [wide lane]. I focus on my own race and only see people when I need them to push me on at the end. There are still bits to improve but it was a great experience and a great track out there and great to pull on this vest. Hopefully it bodes well for later in the season.”

Team captain Aikines-Aryeetey started the first part of his personal busy night with the men’s 100m final, finishing just shy of third in fourth in 10.57 before returning for the men’s 4x100m relay.

Scott Lincoln (City of York; Paul Wilson), earning another GB vest this year, performed well in the men’s shot put final as he finished fifth with eight points. British champion Lincoln opened with a 19.39m effort before progressing to 19.57m – that remaining his best after his third attempt of 19.07m.

European bronze medallist Meghan Beesley (Birchfield Harriers; Michael Baker) battled in the final of the women’s 400m hurdles from lane nine to clock 56.46 for sixth place and seven valuable points as the British team went in search of them in Bydgoszcz.

Amy Allcock (Aldershot Farnham & District; Glyn Hawkes) was also sixth in the women’s 400m final. Drawn in lane two following the heats, Allcock started well and was in the mix around the final bend but was edged into sixth in 52.92.

Ogbeta found form as she produced an outdoor season’s best of 13.90m to place seventh in the women’s triple jump. The British champion signalled her intent with a 13.67m opener before the 13.90m mark, which improved her previous best by nine centimetres, and a 13.83m to end.

She said: “I felt really confident. I have changed a couple of things since European under-23s – and only if I had jumped that there! I am really happy because it feels like things are coming together. That is the best series I have done in a really, really long time. I am really happy now and staying positive moving forward.”

Jacob Fincham-Dukes (Leeds City; Zivile Pukstiene), also on his senior GB debut having not long competed at the European Under-23 Championships, got better as the men’s long jump final grew on – going from 7.44m to 7.64m to finish with 7.85m and seventh and six points.

Sophie Cook (Birchfield Harriers; Scott Simpson) began strongly in the women’s pole vault final, clearing 4.06m and 4.21m with ease, but as the strong cross wind picked up, she just failed to clear 4.36m to place equal eighth for four-and-a-half points for the British team.

Commonwealth champion Nick Miller (Border; Tore Gustafsson) finished tenth in the men’s hammer with a best of 66.20m sandwiched in between two fouls while Nick Goolab (Belgrave; Craig Winrow) was ninth in the men’s 5000m final in 14:27.43 for four important points.

Emily Hosker-Thornhill (Aldershot Farnham & District; Mick Woods) was ninth herself as the women’s 3000m final, the penultimate individual event of the second night, split in two. Hosker-Thornhill stuck with the chasing pack throughout and clocked 9:19.99 after the kick for the line for four points.

The last individual athlete to finish was British debutant Bekah Walton (Blackheath & Bromley; David Turner) in the women’s javelin. Domestically dominant this season, the British No.1 was technically good but the distances didn’t translate near to her personal best as she ended with a best of 46.29m for 12th.

Action continues today from 14:00 BST. The timetable for the Championships can be found via https://bit.ly/33sY1KL. 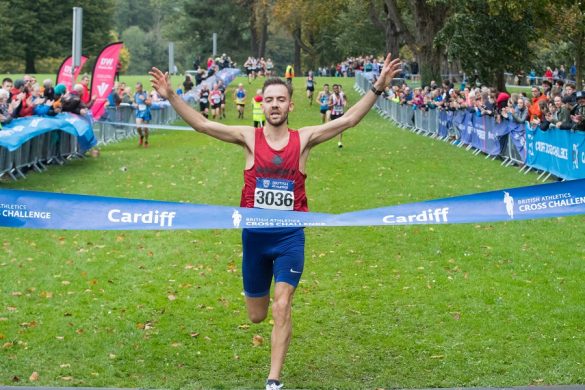 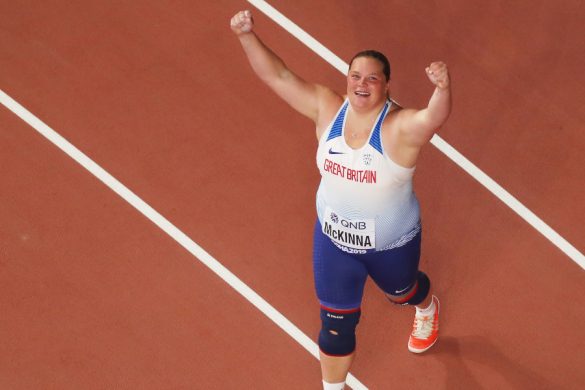