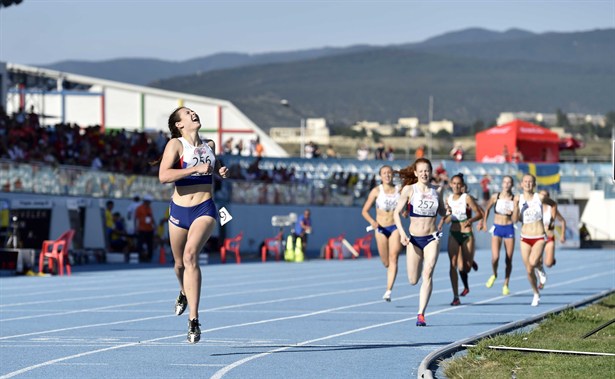 It was definitely a case of ‘Super Saturday’ for the British contingent at the European Youth Championships, as the team claimed six medals on the penultimate of action in Tbilisi, Georgia.

Isabelle Boffey (coach: Douglas Stone) won the team’s first gold medal as she led a British one-two in the 800m, with Anna Burt (Kevin Brunt) crossing the line for a well-deserved silver. Like the first two rounds, Boffey started from the back of the field before showing her top end speed to surge through the pack and take the victory in 2:07.19 with Burt just behind in 2:08.54.

After her gold medal-winning feat, Boffey said: “I just went with it and it happened, I can’t believe it. We both ran so well and it was such a battle in the home straight, but I’m so glad we got the one-two.

“I’m a little bit in shock, I don’t think I’ve realised how big it is yet representing my country and being number one in Europe. This is the biggest achievement of my athletics career. I thought getting into the GB team was an amazing thing in itself, but to win a gold medal that makes it so much better.”

Jake Heyward continued to assert his dominance on the 1500m with a flawless display in the final crossing the line in 4:00.64 to win gold despite suffering from illness in the days leading up to his competition.

Heyward said: “I’m ecstatic – it’s so nice to see the hard work paying off. I got injured in the winter, so it’s been a bit of a slog getting back. I’m just so happy to pull it off on the day.

“I knew that as long as I was in contention, no one was going to match me in the last 100m. My roommate Jake Norris and I have been a bit under the weather, but when I saw that he got silver, I had no excuse not to come out and deliver.”

Claiming the team’s third gold medal in little over an hour was Jona Efoloko (John Smith), who underlined his sprint pedigree with victory in the 200m. The Sale Harrier was trailing Sweden’s Kasper Kadestal with 20 metres to go, but a last burst and defiant lunge, Efoloko came out the winner in a time of 21.15 – just 0.03 in front of the Swede.

An overwhelmed Efoloko said: “I can’t believe it. European champion – I’m speechless. I just had to keep pushing and pushing. I remember Andy Turner telling us (at the preparation day) to push right until the end and that’s what I did and came away with the gold medal. I’m so proud to be a part of the British team.”

In the women’s 200m, Alisha Rees (Willy Russell) came through to deliver the team another medal, this time a silver posting a time of 23.70, just marginally outside her lifetime best.

Rees spoke afterwards: “I’m really happy, I came here wanting to win a medal and I achieved that. Being a part of the British team is the best thing ever. We all support each other and have become really good friends and I don’t think we would have achieved the amount of medals if it hadn’t been for that.”

Jason Nicholson (Janice Kaufman) was also in the medals winning bronze in the 110m hurdles in a new lifetime best of 13.45, with his compatriot Ethan Akanni taking fourth also with a career best time of 13.53.

“I still don’t believe it – I just don’t know what to say. I knew after the heat I had it in me to run that fast, which I did in the final so I’m completely over the moon.

“I’ve been training for so long now, so to get here it shows it’s all worth it. If I can compete at this level now, hopefully things will come in the future. It’s my first time in a GB vest and I can’t believe I’ve got a medal in it. I want to wear a lot more now.”

In the pole vault, Jess Robinson (Ellie Spain) bowed out of the competition at 3.70m after three failures at 3.85m, but will be buoyed by her sixth place finish on her international debut.

After a successful qualification in the high jump, Joel Khan (Deidre Elmhirst) showed his future potential in the event as the 16 year old cleared 2.07m to finish eighth in the final.

In the 400m final Ellis Greatrex (Claudio Albanese) came through in seventh place in 48.17, while Daniel Bainbridge (David Parker) ended his javelin campaign finishing 11th with a best throw of 66.31m.

After a strong morning in the decathlon, which included a personal best in the 100m, Sam Talbot (Eldon Lake) finished day one on 3883 points which sees him occupy the silver medal position place going into tomorrow’s final day.

Talbot cleared equalled his lifetime best of 1.93m in the high jump before he a 400m which saw him post a time of 50.30 – the fourth fastest time overall.

After two fouls in the triple jump qualification, Jude Bright-Davies (David Johnson) saved his best until last with a personal best hop, step and jump of 15.40m to secure his passage through to tomorrow’s final.

Both Markhim Lonsdale (David Lowes) and George Mills (Joanne Day) showed their strength in front running as they led the way in their respective 800m semi-finals to qualify for the final where they will look to put themselves in the medal mix.

Alex Knibbs (Julie Feeney) secured his place in tomorrow’s final after a gutsy run, which saw him qualify as a fastest loser in a time of 53.68. His teammate Alistair Chalmers (Dale Garland) was unable to join him after finishing fourth in his semi-final in 54.79. 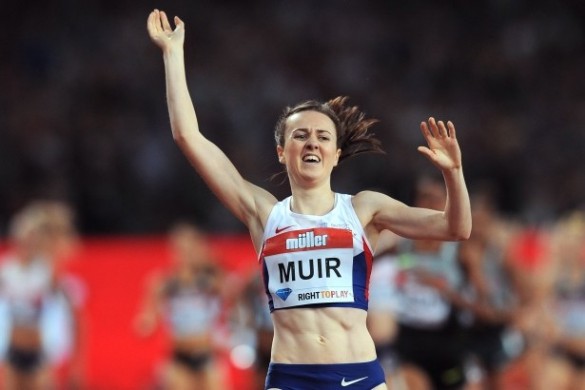 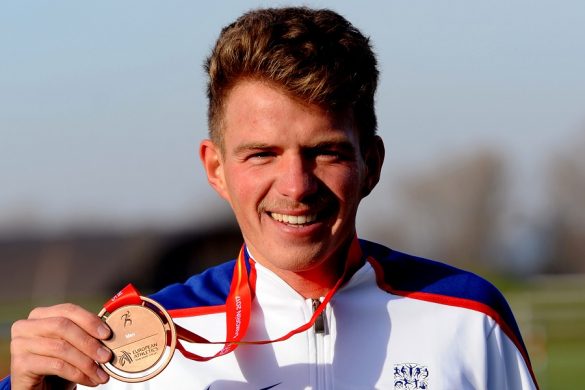 David Weir (CBE) – The Weirwolf and his Academy need your help!