Silver medals for Anthony Harding and Andrew Stamp led the way for Team GB on a successful Sunday at the Buenos Aires 2018 Youth Olympic Games.

Harding was first onto the podium following the men’s 3m springboard final. The 18-year-old was second in the morning’s preliminaries, only trailing China’s Junjie Lian, but it was Colombia’s Daniel Restrepo Garcia who eventually took gold in the final with 576.05.

As Lian buckled under the pressure, failing his first dive, Harding – who front loaded his final with his two hardest dives – delivered five clean performances to end on 559.50 with Russia’s Ruslan Ternovoi in third.

“I’m over the moon with silver,” said Harding. “It couldn’t have gone any better.

“Me and my coach discussed what I was going to do before the competition. My first dive was a new one and we thought we’d try it out and see how it went and it’s paid off.

“For the last dive I can do the four and a half but I chose not to do it here as training has been limited so we stuck with the easier one and it still went well.

An hour later across the Youth Olympic Park it was Stamp’s turn to enjoy medal success in the men’s trampoline final. The 16-year-old had qualified in fifth place and went top of the leaderboard in the final following his score of 57.475.

Stamp then had a nervous wait to see if the four gymnasts ahead of him in qualifying could force him out of the medals. However, only China’s Fantao Fu was able to better Stamp’s score and the result ensured Team GB’s seventh medal and fifth silver of Buenos Aires 2018.

“This is crazy,” said Stamp. “It’s absolutely surreal but it’s just the best experience ever. I really enjoyed the competition, felt confident and just had to deliver my routine.

“I was happy to complete the routine. I felt confident and then coming off the trampoline, speaking to my coach and seeing the score come up I knew I had a real chance of getting a medal.

“It’s nerve-wracking sitting there and watching the other gymnasts but my job was done, I couldn’t do any more and I had to keep telling myself that. But it’s definitely a tense wait seeing all the other scores come up.

“This is way up there at the top of what I’ve achieved. Two silver medals at the World Age Championships but this one trumps them all.”

Elsewhere in the gymnastics finals, Jess Clarke finished sixth in the women’s trampoline with a score of 49.410 as China, Australia and Russia took the medals, while Adam Tobin was fifth in men’s rings.

Tobin will compete again in the parallel bars and high bar finals tomorrow [Monday] and scored 13.033 on rings with Japan, Canada and China claiming the podium places.

“I’m so happy and it’s certainly not something I thought I would achieve at the start of this year,” admitted Clarke. “It was a really tough final, with a lot of excitement and I wasn’t sure I would make the final so I just wanted to perform clean routines.

“The medal [from the mixed team event] just tops it off and I can’t wait to get back in the gym and get ready to compete next year.”

In the beach volleyball last 16, the Bello twins put in a strong performance against Australia to complete a straight sets win, 21-16 21-17.

Not unfamiliar to the Aussie duo, who they defeated in the semi-finals at the Youth Commonwealth Games in the Bahamas, the British duo were in confident mood.

They put their group stage serving issues behind them and wrapped up the win inside 30 minutes and secured a mouth-watering quarter-final against home favourites Argentina tomorrow.

Speaking after the game the deservedly happy twins said: “I think we had a good game plan,” said Javier. “We made a lot less errors than them and it felt like we had the match under control and played with a lot of confidence.”

“We’ve been working on our serve in the last couple of days and I think it showed,” added Joaquin. “The pressure we put on their serve made them make more errors and take the pressure off us.”

There were two British boxers in action on the first day of competition. Unseeded pair Karol Itauma and Hassan Azim were both victorious in their preliminary rounds and will progress into the semi-final bouts in their respective divisions.

Itauma, competing in the men’s light heavy division (81kg), defeated Puerto Rico’s Jancarmelo Morales Nieves by unanimous decision to progress. “I’m really happy. At the end of the fight I took a little glance at the scorecards and I was over the moon with the result.”

“The game plan and everything else me and my coaches have been working on worked really well. They picked out the things that I needed to do, practiced in the changing room and went out there and delivered.”

Azim fought Team USA’s Otha Jones and won by split decision (4:1) to reach Tuesday’s semi-final. “I felt like it should have been a unanimous decision, but I’m pleased I got the win,” said Azim.

“We thought he was going to be aggressive and come in to us, and our plan was to pick him off, but he ended up being more on the back foot so I had to adapt to that and earn the victory.”

The men’s and women’s cycling combined event continued with the road race and Sean Flynn’s 13th place finish added four points to the men’s team total, with Harry Birchill eight places back and outside the 16 places needed to collect points.

In the women’s competition, Harriet Harnden and Anna McGorum finished in the pack, however, as they finished outside the top 16 they didn’t add to their tally. The pair sit in 10th place overall on 20 points with the Kazakh duo leading the way on 140.

Day two of the golf team event saw Team GB’s Lily May Humphreys and Joe Pagdin drop back to 10th overall after a +3 round in the foursomes. This leaves the pair -3 for the competition, nine shots behind Thailand, with just the individual stroke play remaining.

The modern pentathlon individual competition came to a close with Team GB’s Toby Price finishing 17th. A fifth place in his swimming heat with a time of 2:11.21 was followed by one victory in the fencing bonus round and left Price heading off 14th in laser run.

The 17-year-old couldn’t make up any ground on the front half of the field in hot conditions in the Youth Olympic Park and dropped three places in the final standings.
Speaking after finishing the event Price talked about what might have been and his overall Youth Olympic experience. “The day never really got going after a bad fencing which I was disappointed with,” said Price.

“It let me down and left me with too much to do today. It was really hot and the course was very uneven which made racing tough, however, despite the disappointment I don’t want to let it take away from what an experience it has been.”
Alyssia Tromans-Ansell’s mixed pairs event came to an end as her and her playing partner Reza Shabani lost in the last eight. They met their match in the form of Hendrik Oun from Estonia and Nicole Marie Tagle from the Philippines who ran out eventual 5-3 winners.

Tromans-Ansell will now turn her attention to the individual competition starting tomorrow and the chance of revenge as she faces Tagle once more in the last 16. 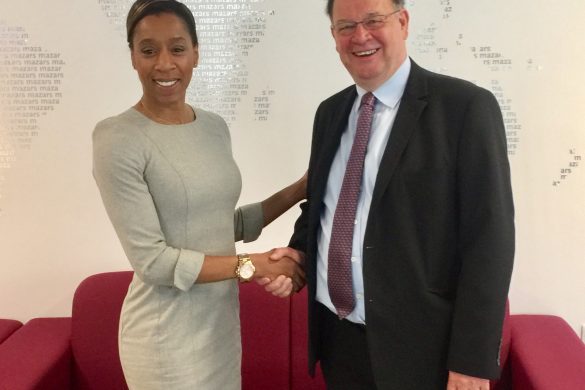 JIM BATTLE IS THE NEW CHAIR AT DMSF 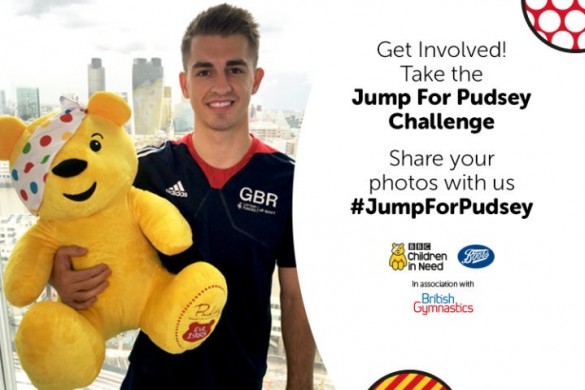 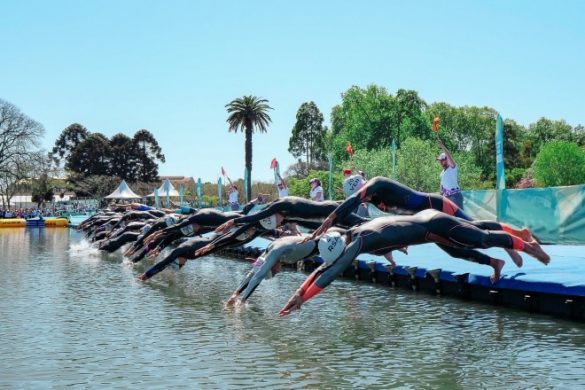