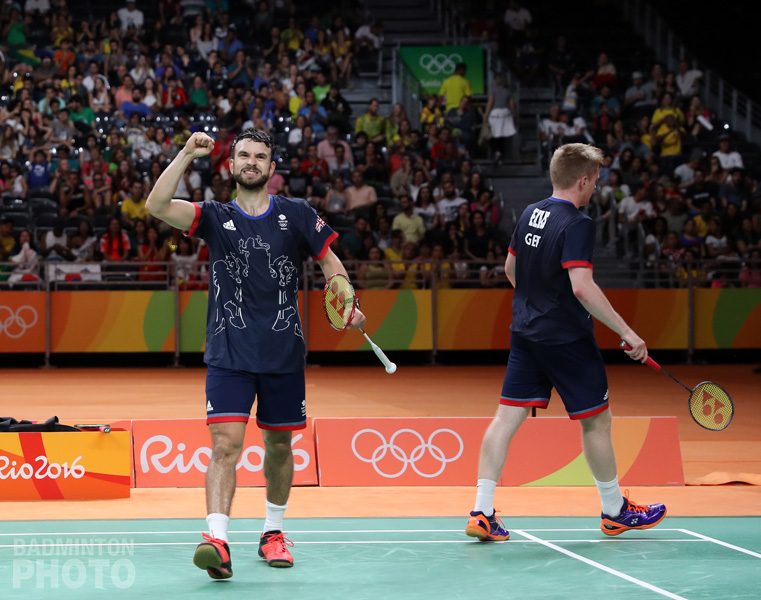 Badminton England has welcomed news of the Sports Minister’s new Aspiration Fund to help more Olympic and Paralympic sports target Tokyo 2020 – and have confirmed they will prepare a bid for investment to bolster the medal-winning GB Badminton programme.

Sports must show how funding will grow the sport and inspire the public. Submissions will also need to align with the Government’s Sporting Future strategy: physical well-being, mental well-being, individual development, social and community development and economic development.

Despite being the nation’s most played racket sport with over one million people playing monthly and with a track record of capturing hearts and minds through World and Olympic medals, badminton is one of 18 Olympic and Paralympic sports currently not funded by UK Sport for the Tokyo 2020 Olympic and Paralympic cycle.

Since learning that it would receive no funding from UK Sport for Tokyo 2020 in December 2016, despite overachieving its medal target at the Rio 2016 Olympic Games just four months earlier, the badminton performance programme has undergone dramatic remodelling but continued to delight fans with World, Commonwealth and European medal winning performances on court.

In face of this, all players on the England programme have seen improvements on their world rankings since Rio and is well positioned for the Tokyo 2020 qualification year which starts in May 2019.

“This is fantastic news for those sports that were left unfunded following the Tokyo 2020 investment decisions.

“It is a really strong indication that, even when funds are tight, every sport does matter and we now look forward to developing a compelling application to UK Sport to support our players, maximising our qualification chances for 2020.

“I would like to thank the Minister for recognising the challenges faced by badminton, and many other sports; the establishment of this fund will help enormously with our collective efforts to make Britain even more proud of our Olympians. This support will enable more athletes from more sports to realise their dreams.

“It will also go even further to helping to inspire the nation as more sports have the opportunity to allow their athletes to potentially become great ambassadors and role models for sport in this country.” 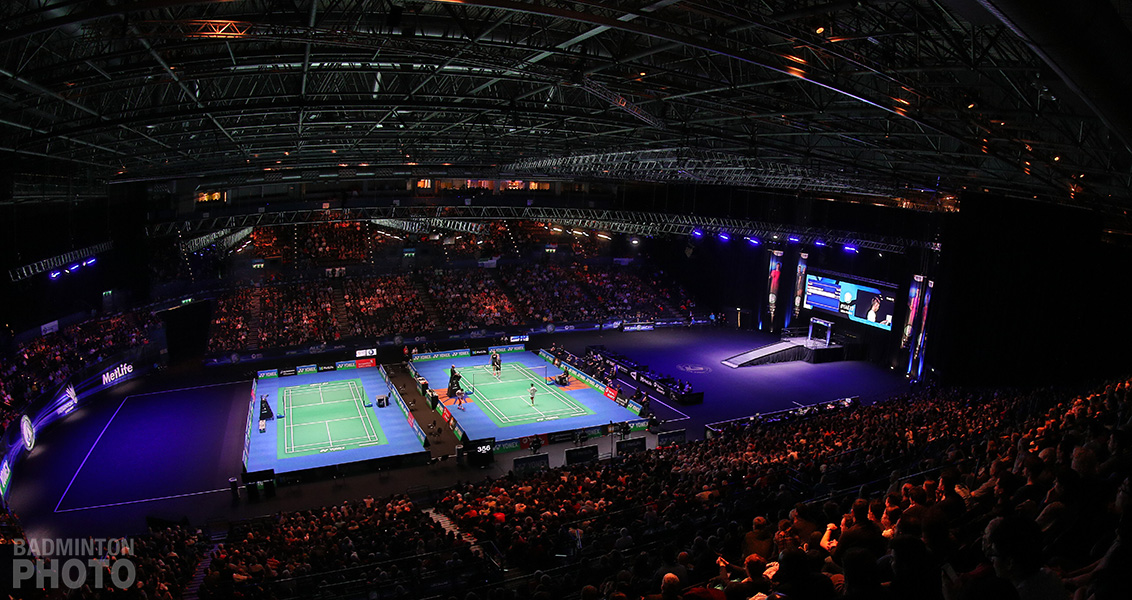 Badminton England has expressed pride and delight today after the YONEX All England Open Badminton Championships was selected by the Badminton World Federation (BWF) as one of only three top tier tournaments on its new world tour, starting from 2018. With world class history and heritage dating back to 1898, the YONEX All England is already held in the highest esteem – as the oldest and one of the most prestigious badminton events in the world – by the world’s best players and fans.

It has been one of only five Premier events on the current World Superseries circuit but will see its position in the global badminton calendar escalated to even greater heights from next year after a successful bid by Badminton England.

Today’s announcement, made in Kuala Lumpur, sees the YONEX All England join world class tournaments in China and Indonesia at the very top of a brand new tournament structure that features six new tiers and an estimated 37 events annually up to 2021.

The news comes just two weeks after the 107th edition of the YONEX All England saw record crowds sell out the Barclaycard Arena in Birmingham – home of the Championships for the past 23 years.

The Championships also drew a worldwide television audience of over 168 million, including BBC broadcast in the UK for the first time in over 10 years.

Adrian Christy, CEO of event organisers Badminton England, said: “We are all thrilled that the YONEX All England will play such a leading role in the exciting journey for our sport that the BWF has announced on Sunday.

“I am so proud of the staff, the volunteers, court officials and incredible fans who make the YONEX All England such a special event.  I would also like to thank the many partners, particularly long standing title sponsors Yonex, without whom the hosting of these amazing Championships to the highest standard that we achieve year on year could not happen.

“The new world tour is going to be so exciting for the world of badminton and is a clear statement of the intent to further grow our great sport across the globe. It is an absolute privilege that Badminton England and the YONEX All England will be among those at the forefront.

“The jewel in Badminton England’s crown is now a jewel in the BWF’s new world tour and the UK can be proud that the YONEX All England will sit among the great sporting events in this country.” The unveiling of a new tournament structure, with million-dollar prize money in its top four events – including the YONEX All England – has been called an ‘exciting wind of change’ by the Badminton World Federation.

BWF President Poul-Erik Høyer said: “Our tournaments have grown in stature and appeal significantly in recent years and, with each cycle, we evaluate progress and assess how we can improve our events.”

“We have determined the time is right for badminton to soar even higher and our key goals are to showcase our sport at a high level of presentation and competitiveness, to increase television coverage for the sport and to increase the star quality and popularity of the top players globally through increased television coverage.” 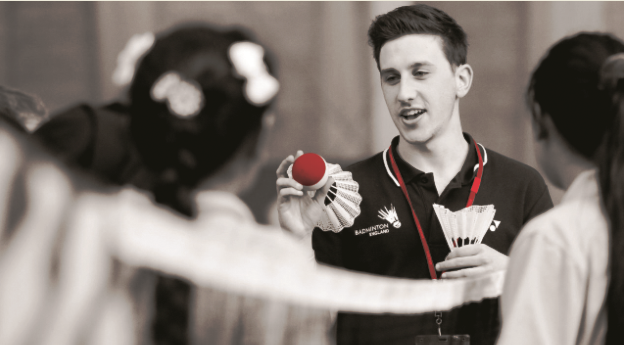 Adrian Christy: 2015 was a memorable year in badminton – Badminton England

Adrian Christy, Badminton England’s chief executive, delivers his verdict on 2015 and his thoughts on a crucial year ahead, with the Rio Olympics in mind.

“Our target is always to keep growing the sport, with a principle aim of getting more people playing badminton and more success on court.

In 2015, I think we have more than achieved that, a year which has culminated in being one of, if not thebest year during my time. It is a year we can look back on with great pride.

Winning the Governing Body of the Year at the BT Sport Industry Awards was real recognition to the incredible talent and energy that our staff, volunteers and players put into the sport.

We also reached the final three in the Governing Body of the Year category at the UK Coaching Awards – so we are really proud of what our coaching team have done to invest in the development and education of the coaches.

The number of players being coached, as well as those competing, continues to rise year-on-year. We know that the sustainable part of our sport is in a good place.

The reach that we had from our SmashUp! tour – 45,000 young people being engaged in sport, particularly in badminton – was a major success and I enjoyed travelling the country to see this first hand.

Meanwhile, in the middle of the year, the conclusion to our first ever NBL season was very satisfying. The innovative thinking into the concept changed peoples’ conception of the sport – a real high point for all of us.

We were also really pleased to bring on a title partner in AJ Bell, a big commitment from them as they saw the value in a broader fan base, the creativity of the new format, as well as great TV coverage through Sky Sports.

A new, successful version of the Senior County Championships format was launched, while we also hosted our first ever BWF Para-Badminton World Championships. Thirteen medals, including five golds and a triple gold medalist in Rachel Choong represented a huge catalyst as the sport looks towards Tokyo 2020. A phenomenal achievement.

The international titles that our players have won, be it on our English and British programme, has been a highlight throughout 2015. The icing on the cake, of course, was Chris and Gabby Adcock’s Superseries title in Dubai.

With the end of Olympic qualification for Rio in sight, our players are now in a good position across the five disciplines.

And, lastly, we have started to develop our new strategy for the next two Olympic cycle periods. We have had a huge consulation exercise with a great response as I visited 21 different counties; listening, learning and sharing thoughts.

We hope to publish this in the early part of 2016 – an important and hopefully memorable year for the sport.”

Watch all the world’s best players at the YONEX All England Open Badminton Championships, 8-13 March 2016.