Wycombe to bask in badminton’s bronze glow as Nationals dates are confirmed.

Badminton England has today announced that the 2017 English National Badminton Championships will be staged at Wycombe Leisure Centre in High Wycombe, Bucks between 1-3 September.

The Nationals, which have been held annually since 1964, will head to High Wycombe for the first time in its history, offering sports fans and families the chance to experience top class badminton in an intimate venue that puts spectators in the heart of the action.

Wycombe Leisure Centre is a superb facility and will be the 20th venue to have hosted the Nationals in its 53-year history, extending Badminton England’s commitment to take the Nationals around the country, following the 2016 championships which were held in Derby.

“However with a busy conclusion to the AJ Bell National Badminton League season and the YONEX All England Open Badminton Championships just a few weeks later, we were mindful of the congestion in the calendar for fans, volunteers and technical officials.

“Our research and summer campaigns over the past two years have also shown that there is a tremendous appetite for badminton all year round, so the Nationals can serve to be a great opening event for the new season.” 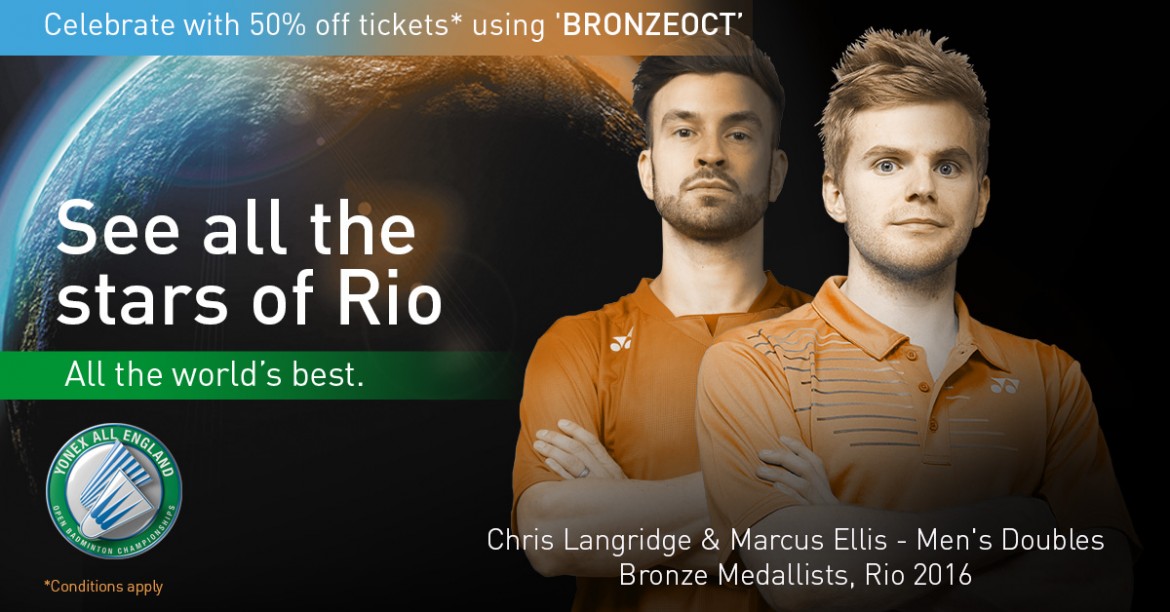 To celebrate the Olympic bronze medal achieved by Chris Langridge and Marcus Ellis in Rio, you can enjoy 50% off tickets* to the YONEX All England Open Badminton Championships to see them live in Birmingham next March. Offer only valid during October 2016.

The world’s most historic badminton event returns to the Barclaycard Arena in Birmingham for the 107th Championships from 7 – 12 March 2017 where the world’s best players will battle it out for the prestigious titles.

Badminton’s elite will be jockeying for position as a final warm up act for next week’s YONEX All England Championships, the first Superseries event of the year, when the German Open takes place.

England’s top players have travelled in numbers for the Grand Prix event at Mulheim an der Ruhr, which starts on Tuesday.

Second seeds Chris and Gabby Adcock will start their 2016 campaign on the world circuit with a tricky opener against local German pair Michael Fuchs and Birgit Michels.

Toby Penty is competing in the top half of the men’s singles draw and faces a qualifier in his opening match.

Rajiv Ouseph was seeded to meet China’s Lin Dan in the last 16, until the Englishman’s late withdrawal.

Marcus Ellis and Chris Langridge, fresh from their title win at the Austrian Open, face Indian rivals Manu Attri and B Sumeeth Reddy in Wednesday’s men’s doubles first round.

If Peter Briggs and Tom Wolfenden can negotiate their first round, then a meeting with top seeds Lee Yong Dae and Yoo Yeon Seong is the likely outcome.

Heather Olver and Lauren Smith also face their own test in the women’s doubles.

They could come up against Misaki Matsutomo and Ayaka Takahashi, Japan’s second seeds, in the second round.