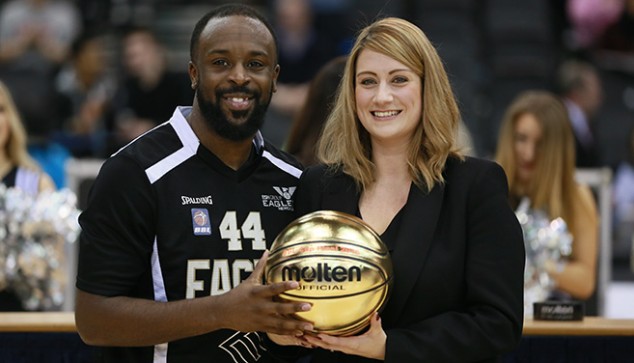 The holders trailed Leicester Riders by 14 points midway through the third quarter before Fletcher helped to spark a 12-0 run to swing the contest in Eagles’ favour.

Fletcher was full of praise for Riders, following their first meeting of the season, but stressed that it is Eagles’ strength in depth that makes them so tough to beat.

“They are a tough team,” said Fletcher, who had 18 points and four assists.

“They were well prepared for us and I think it says a lot about us that we had our back against the wall and we knew that we could play much better.

“We knew that we took their best shot in the first half and like Fab [Flournoy, coach] said, in the fourth quarter, we just had to step on their throat.

“We wanted to attack from the jump.

“When we attack from the jump on any team, it’s going to be a tough time for any of them to defend us because, one through five on the floor we are in attack mode, and then coming off the bench we have the sixth man, seventh man doing the same.

“It’s hard to guard us, we have too many weapons.”