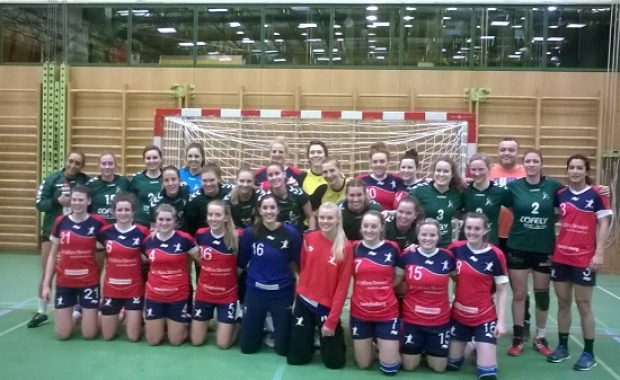 The GB Women’s team enjoyed victories over Swiss side LC Bruhl, the home club of GB ace and Olympian Kathryn Fudge, as part of a training camp in St. Gallen.

The whole squad was given a run-out in the 35-31 win over the Bruhl second team in a competitive contest, while they were also victorious in a training match against the same team.

The three-day camp also included a number of other training sessions.

British Handball Director responsible for the GB Women’s programme Stephen Nielsen said: “The players showed great commitment in getting to the self-funded camp.

“The players from the Olympics formed the core of the team in the matches. However, the home-based players impressed during the camp.”