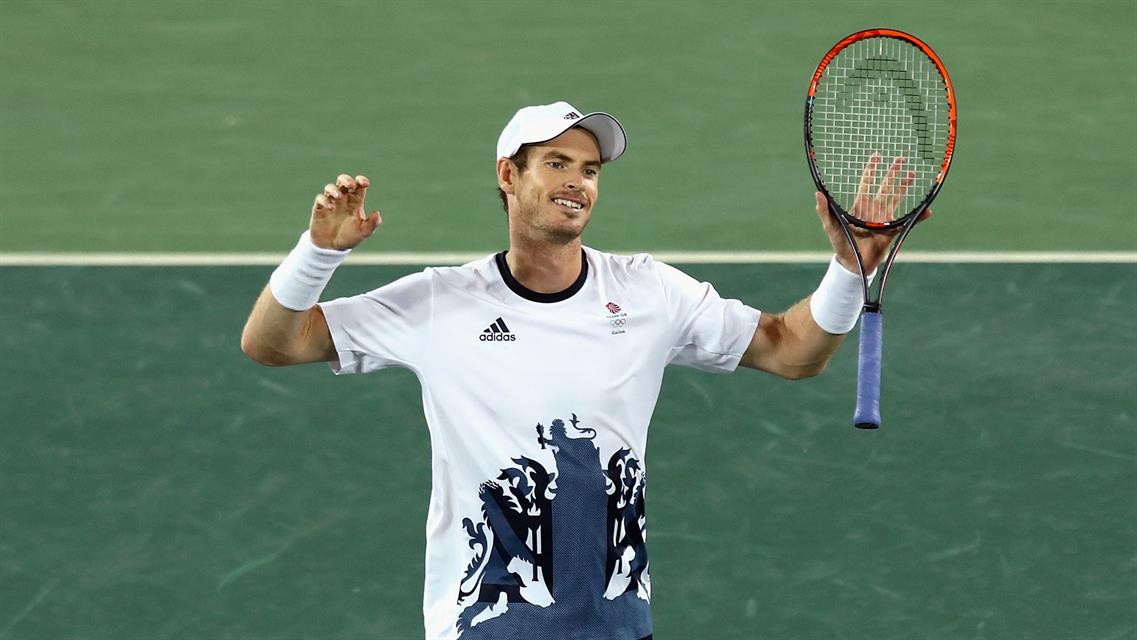 Andy Murray led Britain into these Olympics, then he provided the final winning note on a day of sporting success that will not be forgotten.

After Max Whitlock seized two gymnastics golds, Jason Kenny triumphed again at the velodrome, Justin Rose won the golf and sailor Giles Scott guaranteed his place on top of the podium, all eyes turned to the Scot.

And, in an epic encounter with Argentina’s Juan Martin Del Potro, he became the first player to defend his Olympic men’s singles title, winning 7-5, 4-6, 6-2, 7-5.

As the crow flies it’s exactly 5,764 miles between the All England Club and Rio’s Olympic Tennis Centre but the atmosphere was more than half a world away, it was from another planet.

Fans chanted, clapped, stamped their feet, jeered and booed as day gave way to a balmy evening and Murray and his rival slogged out a fascinating encounter.

“This means a lot, carrying the flag was an amazing experience and I was very honoured to get that opportunity,” said Murray.

“London was an amazing couple of weeks but this has been much harder than London.  It was quite emotional the day after the opening ceremony and I had to regroup and get my mind back on the tournament.  That’s why I was very emotional at the end.

“This is one of the hardest matches I’ve ever had to play for a big title. It was difficult emotionally and physically hard. There were so many ups and downs and anything could have happened.

“It was a great atmosphere, the crowd were pretty evenly split and we don’t tend to play in atmospheres like that. At Slams it’s not about one player or the other, you don’t hear songs and booing. In the Davis Cup it’s either a home tie or away tie, so having the stadium so split made for a great atmosphere.”

Del Potro’s power game is a joy to watch, when he crunches one of his forehands, stadiums shake. But such physicality comes at a price that has come close to costing him his career.

When he won the US Open seven years ago, it should have been the first of many major titles but instead the strain his style puts on his body took its toll.

Wrist problems have forced him to miss two and a half years’ worth of Grand Slam tournaments, he fell from fourth in the world to sixth in his country and his ranking of 141 means – as it stands – he will need to go through qualifying to make this month’s US Open.

“He played extremely well and it’s amazing to see him back competing at this level after all the issues he has had,” said Murray of Del Potro – who now has an Olympic silver to go with his bronze in London. “I can only imagine how frustrating that must have been to keep going and try and comeback. It’s amazing he’s back at this level again and he should be very proud.”

Murray will be on a flight out of Rio in the next 24 hours, the unrelenting schedule of the tennis professional giving him no time to celebrate before he must reset his focus on the US Open.

But confidence should be high, especially after Djokovic’s recent form, which by his own high standards, amounts to a slump.

“The last few months, since the clay court season started, I’ve been really consistent and the challenge is to maintain that consistency,” he added.

“I’ve not won everything but I’ve been close and had some big wins against the top players. Novak has played amazing tennis for two years. What I’ve done for four months, he’s done for two years, so that’s the challenge for me.

“I’ve played in all the slam finals this year, so I want a good run in New York.”

From James Toney, Sportsbeat, in Rio

British No.2 Heather Watson brilliantly captured her third WTA Tour title at the Abierto Monterrey Afirme by beating Kirsten Flipkens in the final.

On her way to the title, Watson defeated No.2 seed and former Grand Slam finalist Caroline Wozniacki in straight sets before cruising past Caroline Garcia to reach the final.

Flipkens was in fine form having knocked out British No.1 Johanna Konta in the last eight but couldn’t live with Watson in the final two sets as she had her serve broken twice by the new world No.53.

After lifting the trophy in front of her mum on mother’s day, Watson said: “I’m extremely happy. It’s the first time my Mum has seen me win a title and it’s Mother’s Day at home!

“I had never beaten Kirsten before and she always makes you work hard for it. She was flawless in the first set and I got frustrated but I knew I had to stay calm.” 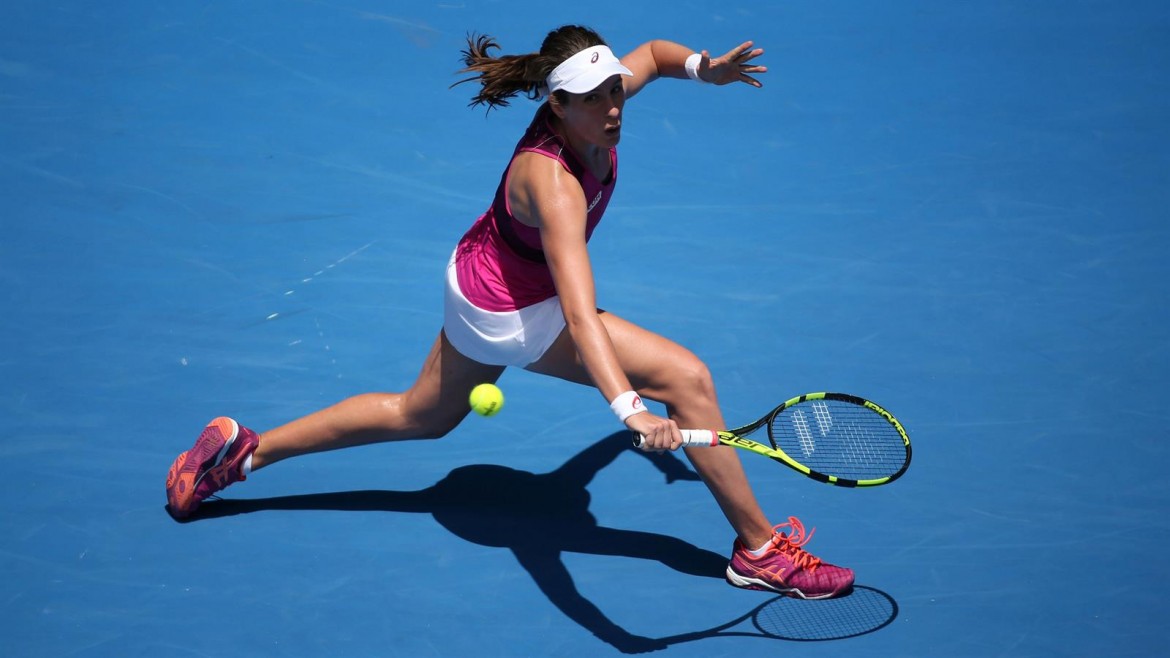 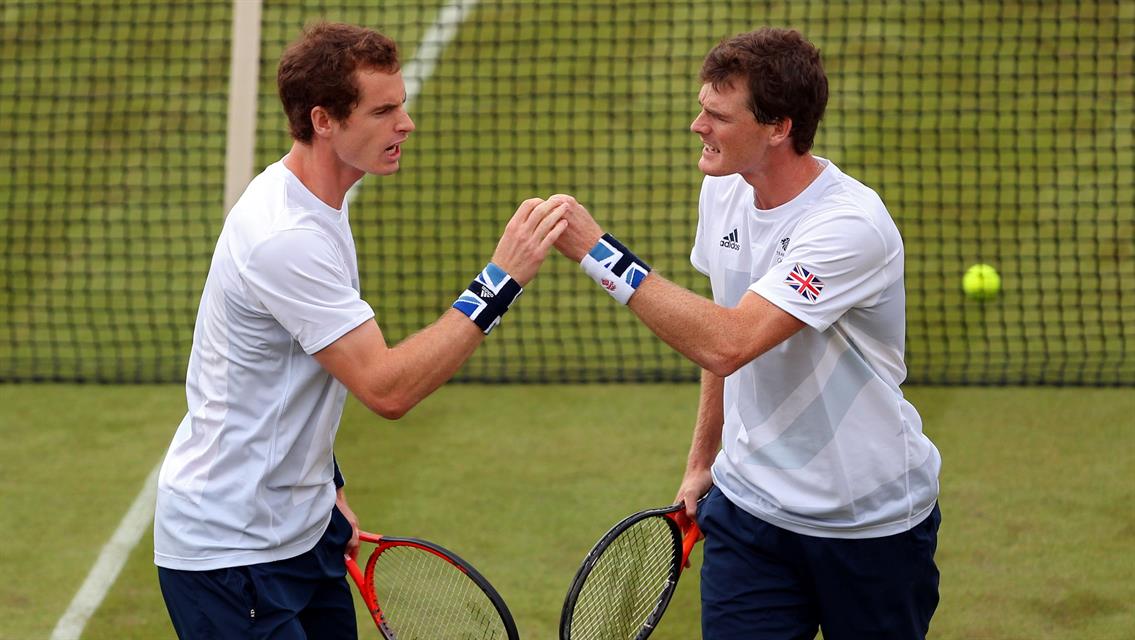 As Australian Opens go, the 2016 edition will go down as somewhat of a bonzer fortnight for the Brits – and the opening weeks of the year certainly point to promising signs for Team GB’s Olympic tennis hopes come Rio.

Once again Andy Murray led the charge in the men’s singles, reaching his fifth final in Melbourne before old nemesis Novak Djokovic blocked his path to the trophy once more.

Just 24 hours before, Murray had been courtside as older brother Jamie became the first Briton to win the Australian Open men’s doubles title in 82 years when he and Bruno Soares beat Daniel Nestor and Radek Stepanek in three sets.

And as if the history books did not have enough new entries with the Murray siblings becoming the first brothers to reach the final of the men’s singles and men’s doubles events at a Grand Slam in the Open era, there was also the small matter of the continued emergence of Johanna Konta.

Barely inside the top 150 last July, the Eastbourne resident backed up her fourth round appearance at last year’s US Open by becoming the first British woman to reach the last four of a Grand Slam in more than 30 years.

And despite losing to eventual champion Angelique Kerber in the semi-finals, such performances have seen her break in to the world’s top 30 for the first time as Monday’s new WTA world rankings placed her at 28.

All of this bodes very well when it comes to Team GB trying to better their gold and silver medal from the tennis at London 2012 – something Murray Jr certainly has one eye on.

Nothing comes close to the Olympics  Andy Murray

“Nothing comes close to it, some people say football World Cup, but at the Olympics you have all of the best athletes in the world across all of the sports competing for their countries, and it comes round once every four years so there is a lot of pressure on everyone to perform,” he said late last year.

“I’m really looking forward to it; it should be a great event. In the tennis calendar it comes at a tough time because we have Wimbledon, the following week is the Davis Cup, then the Olympics a couple of weeks after that.

“So it is a very busy time of year, but we’ll adjust my schedule so I can hopefully peak and play my best tennis at the Olympics.

“[I am] really looking forward to it, I would imagine it will be great fun over there, probably hot, tough conditions, but the Olympics is the biggest sporting event in my opinion by far.”

Before then however comes the small matter of qualification with the top 56 players in the world rankings on June 6 qualifying for the singles competitions.

Things are slightly different in the doubles with the top 24 teams qualifying based on rankings although with many partnerships, as in the case of Murray and Soares, of dual nationality, players in the top ten can then reserve a place provided they have a partner to compete with.

Andy has already spoken only of his desire to defend his men’s singles medal from four years ago, while Konta is now currently comfortably inside the qualification places for the women’s singles, while at 85 in the world, Britain’s number two Heather Watson is an outside bet if she does well at major events until June.

Four years ago, Andy Murray won mixed doubles silver alongside Laura Robson although chances are older brother Jamie could well be the leading the charge this time around, perhaps alongside Andy following their Davis Cup exploits together, in the men’s doubles.

Whatever the doubles permutations, one thing is for sure though– it’s certainly an exciting time to be a fan of British tennis.