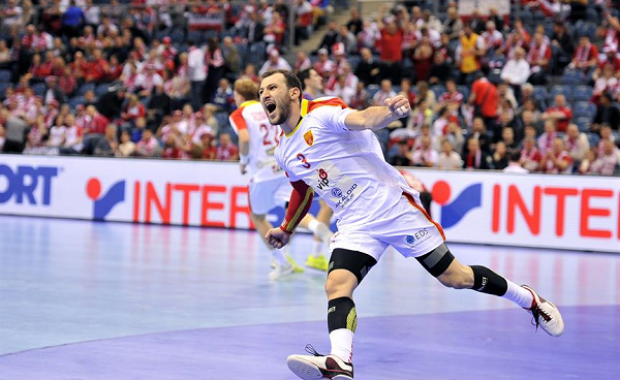 Macedonia booked their place in the next stage of the men’s European Handball Championships after Dejan Manaskov scored a last-minute equaliser against Serbia.

The two sides met in a head-to-head for the third and final qualification spot in Group A. And Manaskov’s strike ensured Macedonia progressed on goal difference as the match finished 27-27.

Manaskov played down his late intervention, commenting: “I don’t know if I am the hero. The most important thing is that we qualified for the next round with the draw tonight.”

Meanwhile, hosts Poland made it three wins from three as they beat France 31-25 to top the group ahead of the defending champions.

In Group B Belarus joined Norway and Croatia in the next round, despite a narrow 27-29 loss to Norway as goal difference put them ahead of Iceland who lost 28-37 to Croatia. Iceland right back Alexander Petersson said his team paid for a poor start to the match. He said “We had a blackout. We missed so many balls. They ran fast breaks, they got easy goals and every goal for us was difficult to score.

“We lost the belief that we could turn the game around. We found our game after 20 minutes but then it was too late, we were already 10 goals behind.”