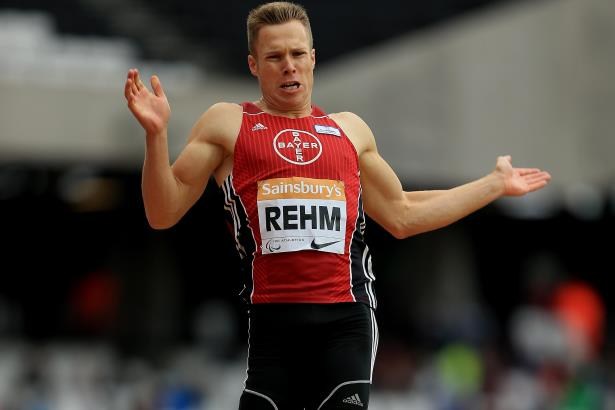 Rehm is the current T44 Paralympic World Champion, following his incredible world record leap of 8.40m in Doha last year, and will face Olympic and world champion Greg Rutherford, who won the IAAF World Championships with a jump of 8.41m in Beijing in August.

The German Paralympian has previously outlined his ambition to compete against non-disabled athletes more regularly and even compete at the Olympic Games.

Markus Rehm said: “I’m very excited to compete at the Glasgow Indoor Grand Prix. It will be my first time competing in Scotland and I’m looking forward to testing myself against some of the best long jumpers in the world.”

Rehm added: “This is a massive year for me with the Paralympic Games in Rio coming up and I think competing against athletes such as Greg Rutherford in Glasgow will be the perfect way for me to start my preparations.”

The Glasgow Indoor Grand Prix is the world’s number one ranked indoor athletics meeting and will be the best one-day athletics meeting to ever be held in Scotland. It will feature many of the world’s best athletes, including Britain’s three gold medal winners from ‘Super Saturday’ at the London 2012 Olympics, Jessica Ennis-Hill (coach: Toni Minichiello), Mo Farah (Alberto Salazar) and Greg Rutherford.

Paul Bush OBE, VisitScotland’s Director of Events, said: “Scotland looks forward with great excitement to welcoming the world’s finest athletes at the Glasgow Indoor Grand Prix and we are delighted that Markus Rehm has confirmed his participation for this prestigious event.

“In this Olympic and Paralympic year, the people of Glasgow are set to witness a compelling day of athletics featuring some of the world’s biggest stars, creating what will be the outstanding indoor meeting of the 2016 calendar.”