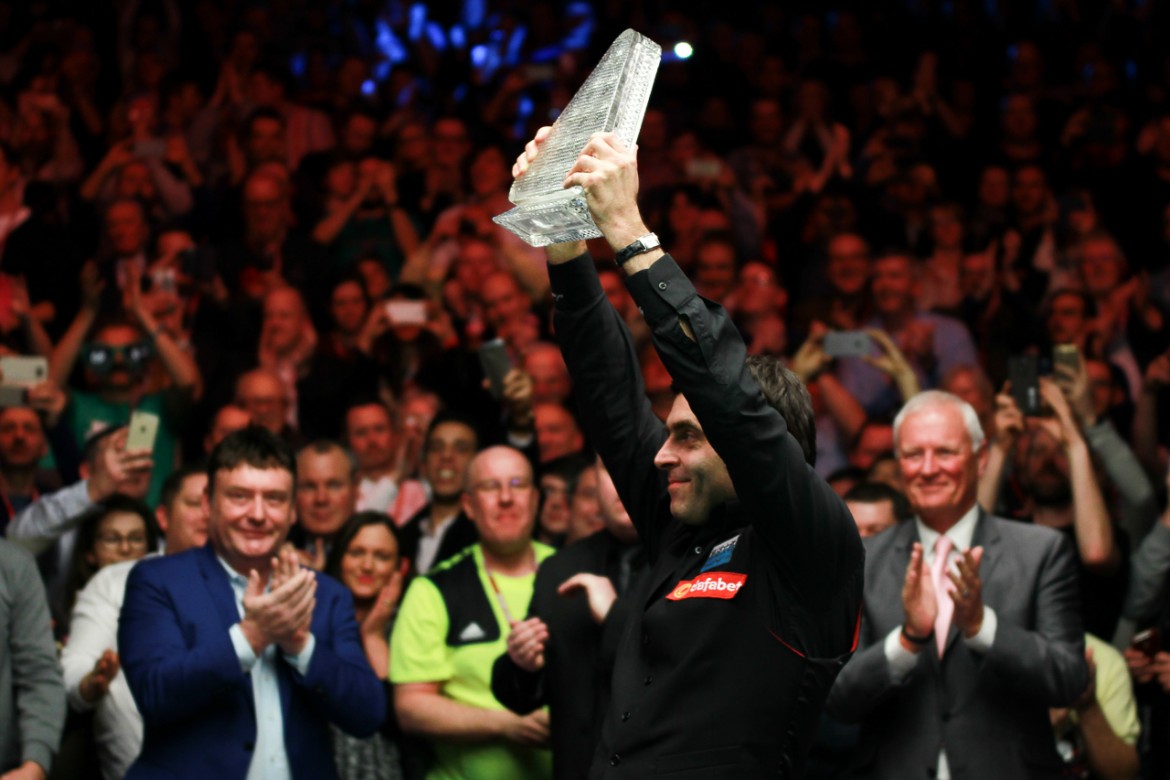 Ronnie O’Sullivan won his sixth Dafabet Masters title with a 10-1 demolition of Barry Hawkins in the final.

Watched by a capacity crowd of nearly 2,000 at Alexandra Palace in London, O’Sullivan banked the £200,000 top prize after dominating the final, making a century and  six more breaks over 50. It was the most one-sided Masters final since Steve Davis beat Mike Hallett 9-0 in 1988.

The 40-year-old from Chigwell has now won 16 Triple Crown tournaments, just two shy of Hendry’s record of 18, and he’s the oldest Masters champion since Ray Reardon won in 1976 age 43. In 22 appearances at the Masters, O’Sullivan has played 63 matches and reached 11 finals, both also records. O’Sullivan took several months away from snooker at the start of this season, returning to action in mid-December and playing his first televised tournament this week. It was a triumphant return to the limelight, reminiscent of his 2013 World Championship victory (also coming with a final defeat of Hawkins) after almost a year’s sabbatical. Once again the Rocket has proved that his sheer natural brilliance can make up for any lack of competitive sharpness. At the very top level, he remains the man to beat.

He insists that a slipped disc in his lower spine has caused an imbalance in his cue action – yet he has produced spells of sublime snooker this week and has looked destined to win the trophy since coming from 4-2 down to beat Mark Williams 6-5 in the opening round. Mark Selby and Stuart Bingham were his other victims.

Hawkins may have been on the wrong end of an emphatic scoreline today but he must take heart from his run this week as he had never got past the first round in five previous Masters appearances. He goes back to Ditton with a cheque for £90,000 and a confidence boost ahead of a packed schedule in the coming months. World number six O’Sullivan led 7-1 after the opening session with top breaks of 70, 136, 52, 77 and 72. If eighth seed Hawkins was to launch a fight back he had to win the first frame of the evening session. He had chances, but it came down to the colours and O’Sullivan led by 13 points when he fluked the pink, missing a pot to one top corner only for the pink to glance off the white and drop into another. Hawkins failed to score another point as his opponent rattled through the last two frames with runs of 66 and 82. O’Sullivan has now won nine matches in a row against Hawkins having lost their first meeting back in 2002.

“I was pleased with the way I approached the game from the off,” said five-time World Champion O’Sullivan. “I kept my focus, my discipline and my temperament, and tried to control all the things that you can control. (Psychiatrist) Steve Peters gave me some things to work with, and it made sense. I was able to contain my emotions and not think about the importance of the match. I relaxed into the game and played well in spells.

“It’s unbelievable to win six titles, and I’ve lost in five finals so I could have had a few more. John Higgins and I should be playing in the seniors event this year so it’s great that we are still winning big titles. This gives me massive confidence because it shows that I don’t have to be at the top of my game as long as I’m mentally on the ball. You can play your way into form sometimes. I got lucky that no one played their best against me this week.

“My back and my legs are still weak so I need to work on that with a physiotherapist. I am not able to stabilise myself as well as I was before the injury. It’s at the back of my mind so I just want to clear that out of the way so I can concentrate on playing.” Hawkins said: “If someone had told me at the start of the week I would make it to the final and play Ronnie, I would have ripped their arm off. But I didn’t perform today. It was disappointing for me that’s for sure – it feels like the final was over in a blink of an eye.

“I was sitting there and I was thinking I don’t feel like I’ve even been involved in the final. I felt so good against Judd in the semi-final and I was hoping to feel the same out there today but I just didn’t get going at all.
I was definitely cueing around corners today – it didn’t feel like my arm.” 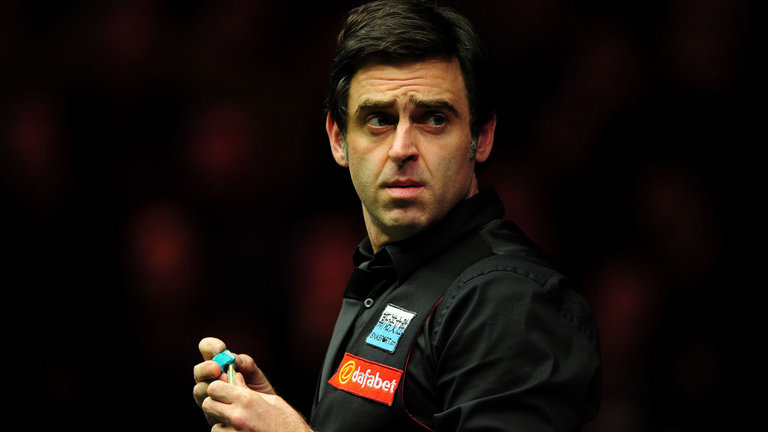 It has a rich history dating back to 1975 and it is considered one of the sport’s Triple Crown events, alongside the World Championship and the UK Championship.

Only the elite top 16 players are invited to compete for the famous trophy and a top prize of £200,000.

Since 2012 the event has been staged at the iconic Alexandra Palace in North London, which attracts sell-out crowds.

The event is now on sale with 3 ticket types: Standard, VIP & Corporate Hospitality