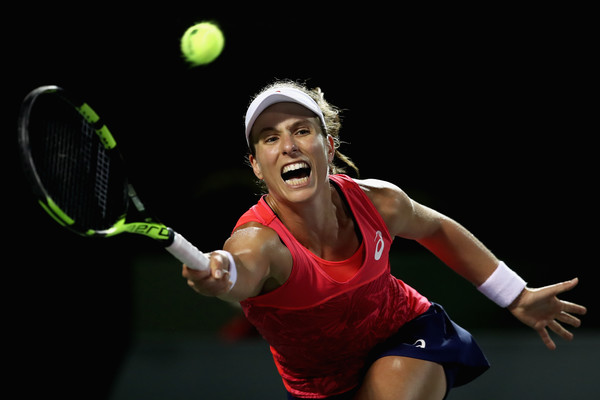 Johanna Konta has become the first British woman to reach the final at the Miami Open after overcoming Venus Williams 6-4, 7-5, in a tense two-hour clash.

The significance of the clash was evident with nerves striking both players. Williams was bidding to reach her first Miami final since 2010. Meanwhile, Konta knew a win on Thursday would elevate her back inside the world’s top 10. As a consequence 27 break point opportunities occurred in the match (17 for Konta and ten for Williams). Eventually the titanic clash suffered an anticlimactic ending with Konta grabbing back-to-back breaks as she claimed 12 out of the last 14 points played in the match.

“To be honest, there was so little in that going either way. Both of us had a lot of momentum shifts.”Said Konta.
“So there really was hardly anything in that, and I’m just very happy that I was able to keep it in good perspective. I still took the good things. Even with those games that I lost where I had chances, I think I still saw that I was playing the right way and it was still going to be the way that was going to bring me the best chance of coming through.” 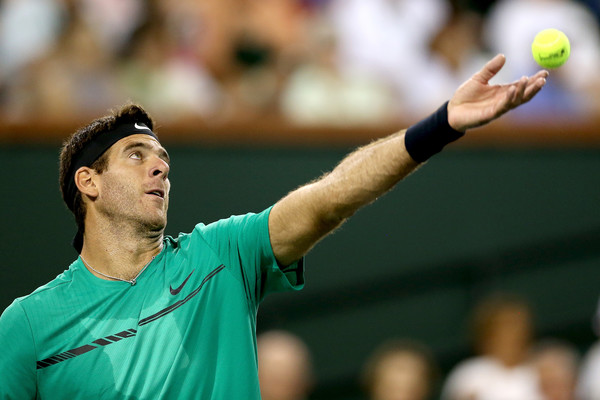 Once again Juan Martin del Potro is on course for a blockbuster encounter during the early stages of a tournament.

This time it is at the Miami Open, where the Argentine could play the formidable Roger Federer in the third round. The encounter will only occur if both players triumph in their second round matches. Del Potro will face either Robin Haase or Elias Ymer. Meanwhile, Federer starts his campaign against America’s Francis Tiafoe.

Returning to the tour last year after a serious wrist injury, del Potro has risen over 500 places in the rankings. Still, it has failed to protect him from facing big stars in the early rounds of tournaments. The World No.34 has failed to reach the quarter-finals at his two most recent tournaments, succumbing to world No.2 Novak Djokovic. Then at his first tournament of the year (Delray Beach) he went out in the semifinals to Milos Raonic. It is safe to say the luck of the draw is not on del Potro’s side, but it is failing to spoil his spirit.
Read more – http://www.ubitennis.net/blog/2017/03/23/happy-del-potro-eager-return-top/
Tweet
24th March 2017 0 comment
0 Facebook Twitter Google + Pinterest 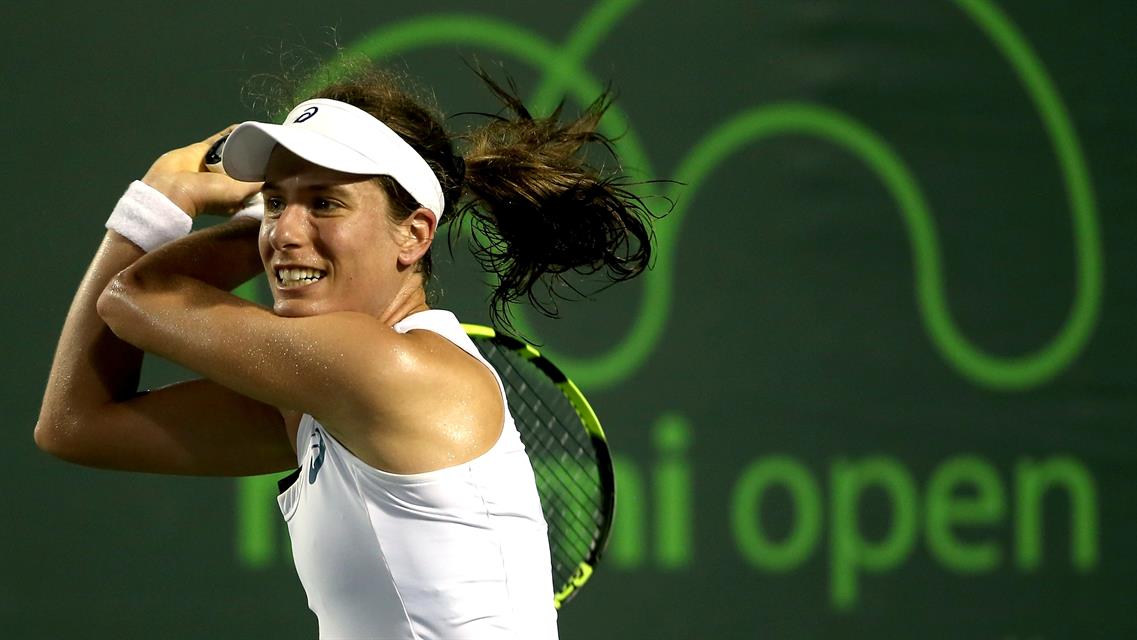 Johanna Konta into QF at the Miami Open – Team GB

Johanna Konta kept British hopes alive at the Miami Open, as she became the first female Brit ever to reach the quarter-finals of the tournament.

The 24-year-old world number 23 set up a clash with Victoria Azarenka by beating Romania’s Monica Niculescu in straight sets, 6-2 6-2.

“It felt like we had a lot of close games and I had to work hard for every single point,” Konta told BBC Sport.

“[To be the first Brit to reach the quarter-finals] is a wonderful thing to have on paper and for other people to recognise, but I am very much in the moment in this tournament and it’s not over for me.”