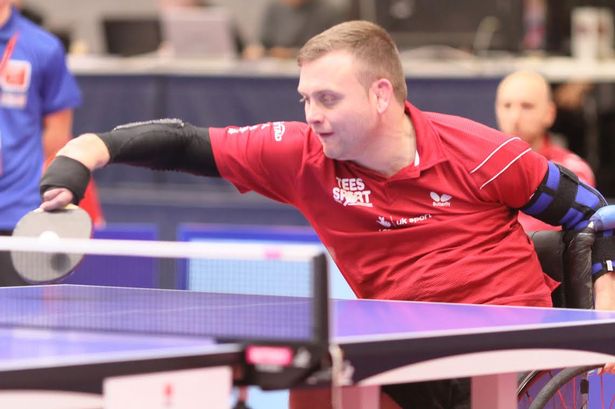 The 31-year-old Welshman first held the position in October 2013 and is back to the top of the rankings.

The 31-year-old Welshman first held the position in October 2013 after winning gold at the European Championships and his successful defence of his European title in Denmark in October this year, in which he beat the then world number one Jean-Francois Ducay in the final, has taken him back to the top of the rankings.

“I’m really happy to be back at world number one,” said Davies.

“It’s like an early Christmas present. I was number two before so it doesn’t make that much difference in terms of seeding for competitions but it will give me confidence and spur me on to prove that I am top of my class and give me motivation to train harder to try and stay there.”

The new rankings mean that the GB Para Table Tennis Team will go into Paralympic year with two of its athletes at world number one as world champion Will Bayley also currently heads the world rankings for men’s class 7.