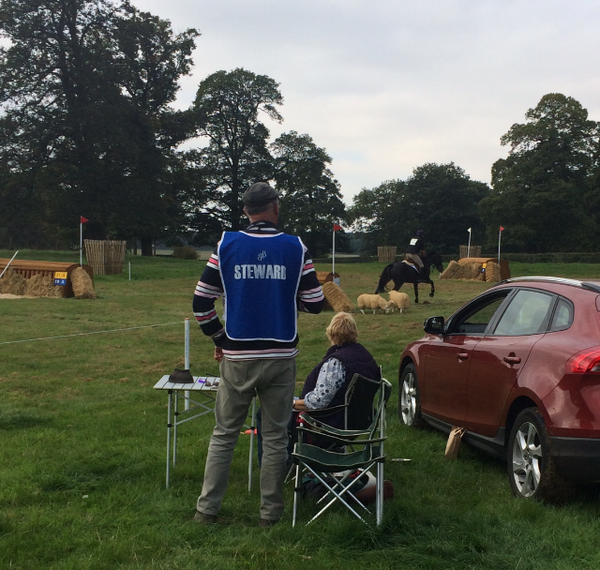 British Eventing recognise some of the very deserving Volunteers in the 2015 BE Awards and Volunteer of the Year prizes.

From Fence Judges to the main arena party, and the many voluntary BE Accredited Officials, without the loyal and hugely valued band of BE Volunteers events simply would not run. The highest commendation recognising long service and dedication, the BE Award, along with the BE Volunteer of the Year, both celebrate the tireless energy Volunteers devote to our sport. The 2015 winners are:
BE Awards
Mrs Jane Brown from Somerset – Show Jumping Collecting Ring Steward
Mr Richard Tyas, Nottinghamshire – Cross Country steward
Mrs Alys Ferguson, Northumberland – Dressage Senior Steward
Mrs Gay Steel, North Yorkshire – Start / Finish Timing (White Rose Timing team)
Mr and Mrs Edward and Jane Pybus, Northumberland  – Hexham / Belsay Organisers
Mrs Gail Ambrose, Oxfordshire – Blenheim Arena Eventing organiser (Pony Club, Equilibrium, Dodson and Horrell, Kent & Masters Saddles Arena Eventing Championships)
Mrs Patricia Harrison, Cumbria – Fence Judge
BE’s Volunteer of the Year
Fence Judges of the Year – John and Pauline McKay
Volunteer of the Year – Felicity Alexander
Young Volunteer of the Year – Francesca Weymouth
Presentations to the worthy award winners will be arranged throughout the 2016 season.
If you are inspired to give volunteering a go, details on the free 2016 Fence Judge Training Workshops are now online and available to book.
Preparing you for the coming Event season, workshops are taking place around the country between January and March 2016 and are free for all attendees, thanks to the Big Lottery Fund. Covering a range of topics including the theory of fence judging, what to do in various scenarios, new rules for 2016 and the practicalities of fence judging on the cross country course, the workshops will be hugely beneficial for both seasoned Fence Judges and those who have never done it before. Click HERE for more information.
For details on volunteering and to find out how you can sign up visit: www.britisheventing.com/volunteer
Source: https://www.britisheventing.com/asp-net/news/item.aspx?id=6037
Tweet
22nd December 2015 0 comment
0 Facebook Twitter Google + Pinterest