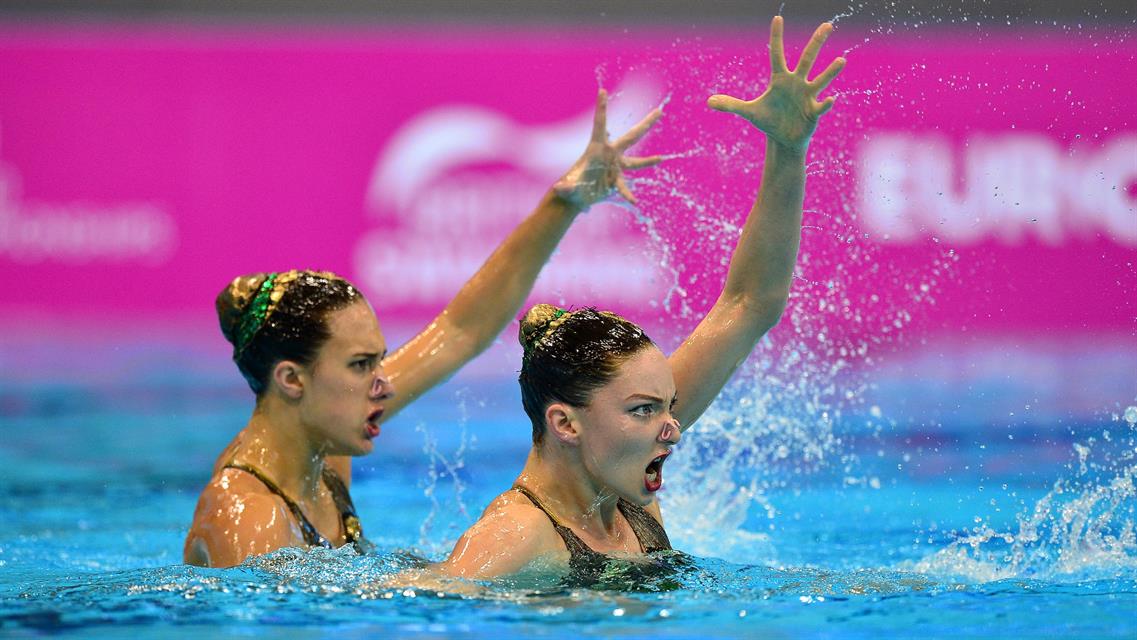 Olivia Federici and Katie Clark will both represent Team GB in synchronised swimming at this summer’s Rio 2016 Olympic Games.

The pair have been selected to compete in the duet event after securing a quota place for Team GB at the Olympic qualification event in Brazil in March.

Both competed in the team event at London 2012 – where they finished sixth – while Federici also went in the duet event four years ago and at Beijing 2008 alongside Jenna Randall.

The two swimmers had chosen to retire from the discipline after the World Championships in 2013 but returned to the sport late last year and will now be Team GB’s only representatives in synchronised swimming at Rio 2016.

At 18 years old, Katie Clark was the youngest member of the British team chosen to compete at London 2012.

She had been on the team since she was 15 and with three Katies selected for the Games she often went by the name ‘C’ or ‘Kat’.

“It’s exciting to be part of Team GB again after being selected for Rio 2016 which will be my second Games,” she said.

“We’ve continued to work hard for the whole year and we know this isn’t the end point as we are going to strive to be even better in Rio.”

Olivia Federici became one of the first synchronised swimmers to compete at an Olympic Games for 16 years when she joined Jenna Randall for the duet at the Beijing Games in 2008.

The two also represented Britain at London 2012 where they finished in ninth place.

“It’s a huge honour to be selected for Team GB for the Rio 2016 Olympics which will be my third Games and I am relishing the opportunity to compete in that environment again,” she said.

“Having already competed in the pool in Rio we can’t wait to return and show how hard we have worked to improve our routines over the last three months.” 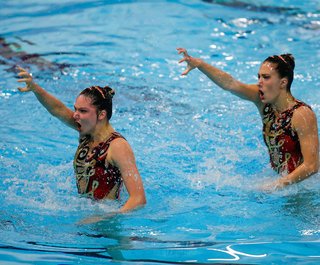 A 12-strong British Synchronised Swimming Team has been selected to compete at the LEN European Aquatics Championships in London from 9 – 13 May.

Olympians Olivia Federici and Katie Clark will lead the team into the competition as they compete in the Duet which is the event they have secured a quota place for at Rio 2016.

Federici and Clark will be joined by Jodie Cowie and Hannah Randall who competed at the 2013 World Championships and the European Games in Baku in 2015.

The British contingent will compete across seven of the nine events at the home European Championships including Federici debuting her Solo routines to an international audience.

Team Leader Karen Thorpe is looking forward to seeing her team compete at the biggest competition on home soil since the London 2012 Olympic Games.

“For the majority of this team, the LEN European Aquatics Championships in London will be the biggest competition of the year and will provide a unique opportunity to perform against the best in the world,” said Thorpe.

“Competing at the London Aquatics Centre will create the perfect atmosphere with the backing of the home crowd.

“The meet will also serve as perfect preparation for the Duet that will head out to represent Great Britain in Rio this year after Olivia Federici and Katie Clark secured a quota place earlier in 2016.” 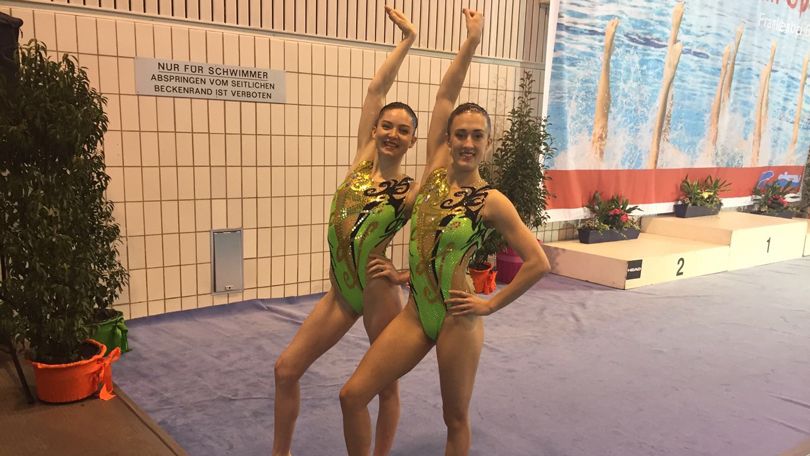 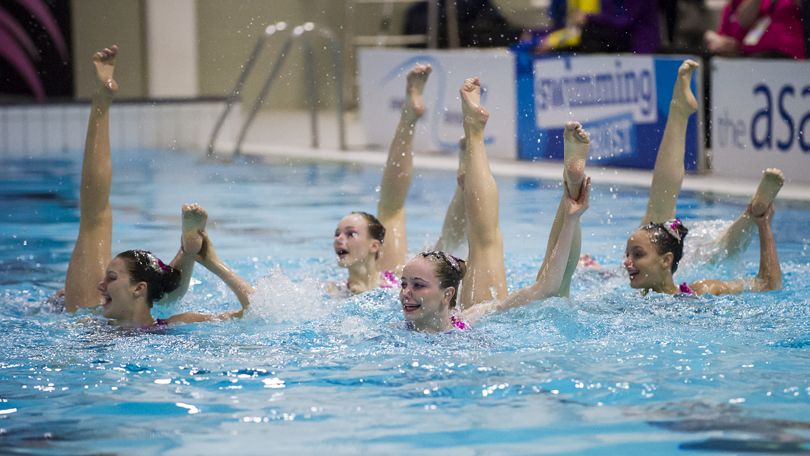 The British Synchronised Swimming Team are continuing their preparation for the Olympic qualifier and the LEN European Aquatics Championships by competing at the French Open.

Olympians Olivia Federici and Katie Clark will be building on their performance at the German Open by competing both of their Duet routines. This is the next step as the Brits move closer to the Olympic qualifier in March.

This will also be the first international competition for the team as they build their performances ahead of the LEN European Aquatics Championships in London.

The British Team consists of: 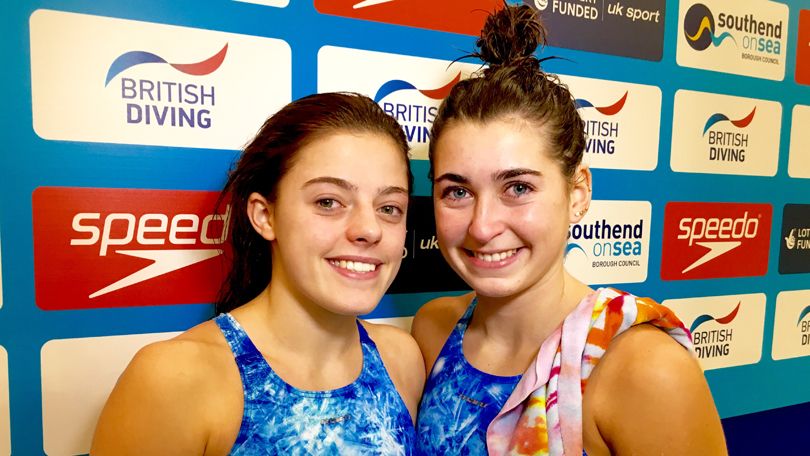 The British National Diving Cup kicked off with a number of debuts and the women’s 10m synchro saw all new pairs make up the podium on the first day of competition.

Georgia Ward and Emily Boyd (Dive London) took on the challenge from Tonia Couch and Lois Toulson (City of Leeds) and Robyn Birch and Victoria Vincent (Plymouth Diving) and came out on top.

Ward and Boyd were in joint first place with Couch and Toulson after the required dives with a score 94.80 and they took the lead in the penultimate round with their Inward 3 ½ Somersaults Tucked.

They won the gold and their first National title with a score of 306.36.

“It means so much to win,” Ward said. “It’s my first National title and I know how much it means to Emily too. We’ve both worked really hard and we just wanted to show that up there today.

“We were a bit nervous going in but we know each other so well so we know what each other needs when we compete.”

“We took it one dive at a time. It was our first time diving together and hopefully we’ll get to do it again,” Boyd said. “It’s not been too long that we’ve been diving together as I’ve moved representation from Australia so it’s only been from the start of the season.”

Tonia Couch (Plymouth Diving) and Lois Toulson (City of Leeds) were also debuting their partnership having started training together in December. They won silver with a score of 297.72. The bronze went to Robyn Birch and Victoria Vincent (Plymouth Diving) with 285.48 points.

Freddie Woodward returned to the British National Diving Cup after missing 2015’s event through injury with victory in the 1m Springboard.

The 2014 British Champion looked strong throughout the final but it was his Front 3 ½ Somersaults Tucked that shone as his best dive with a score of 70.50.

He won the gold with 371.05 points and said: “It was great to come back and win today. Obviously I missed last year through injury.

“I went into that feeling really strong and I’ve been feeling really powerful on 1m. That’s a great feeling too when you feel like you can dive effectively and powerfully it makes the dives easier because you can focus on the execution as opposed to just trying to get them off.”

The women’s 1m Springboard was the first final of the competition and in what was an unpredictable final Grace Reid came out on top.

Edinburgh Diving’s Reid finished in second place in the prelims and impressed with a consistent performance in the final.

“I’m really pleased with that,” Reid said. “It was nice and consistent. I was a bit nervous but I kept it together.

“1m being on the first day of competition is ideal because it means that I can get the nerves out of the way and settle into the competition. 3m is the main goal; all the girls are after doing well in that event.”

City of Sheffield’s Clare Cryan took silver with 244.55 points and Rhea Gayle (Plymouth Diving) won the bronze medal with a score of 239.95.

Reid returned to the boards to team up with her club mate James Heatly to take the Mixed 3m Synchro title with a total of 264.60.