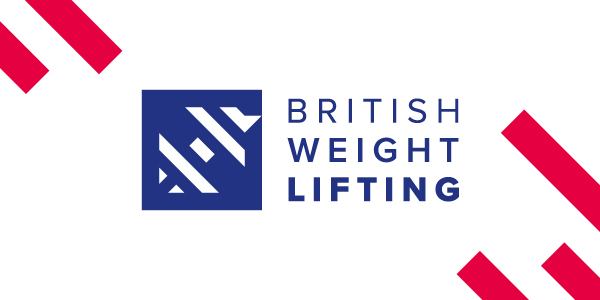 British Weight Lifting are delighted to have been selected as one of the top two finalists in the Coaching Culture of the Year category at the UK Coaching Awards.

Hosted by UK Coaching, this year’s awards not only marks the 20th anniversary of the event, but it also marks the relaunch of UK Coaching and a new definition of coaching: Improving a person’s experience of sport and physical activity by providing specialised support and guidance aligned to their individual needs and aspirations.

The UK Coaching Awards celebrates and recognises the hard work and dedication put in by all involved in the coaching community. Highlighting the immense effort of coaches and organisations across the nation, the evening will also showcase the positive and life-changing effects coaching can have and honour those who have had great success over the last year.

BWL Chief Executive Ashley Metcalfe added, “We are delighted and honoured to be shortlisted for the Coaching Culture Organisation of the Year Award. Our team works phenomenally hard to continually introduce innovative athlete-focused coaching systems that not only demonstrate best practice but have a significant impact on the personal development of coaches and their coaching skills. The highest quality coaching will always be our priority as we aim to inspire both the next generation of Olympic and Paralympic lifters as well as more active, stronger, and healthier communities.”

UK Coaching Chief Executive Officer Mark Gannon also added, “It’s a real pleasure to announce the names of the finalists for the 20th Anniversary of the UK Coaching Awards.”

“In this special year for the Awards, we had an unprecedented amount of nominations across a multitude of sports and from every corner of the country. This diverse group of people put coaching at the heart of physical activity and sport, and make a difference in many walks of life. I look forward to celebrating their achievements.”

This year’s event will be held at the Honourable Artillery Company in London on Thursday 30 November.

If you would like to attend the UK Coaching Awards 2017, tickets are available via the below link: 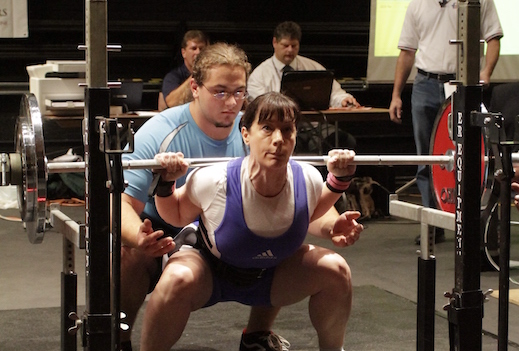 Manon Bradley is a World Record holding powerlifter, multiple World Champion and powerlifting coach and was the first female President of the British Drug Free Power-lifting Association based in the UK.

Manon has taken the lesson’s she has learned in powerlifting into the rest of her life and even started a blog to share these lessons with others:  CLICK HERE to visit

Check out this video of the incredible story of Manon’s journey through powerlifting:

interview below is with Manon herself, and also one of her athletes Natasha Thompson who recently competed at her first powerfliting competition as she squatted 80kg, bench pressed 55kg and deadlifted 110kg.

If you want to know more about powerlifting you can contact Manon at: president.bdfpa@outlook.com 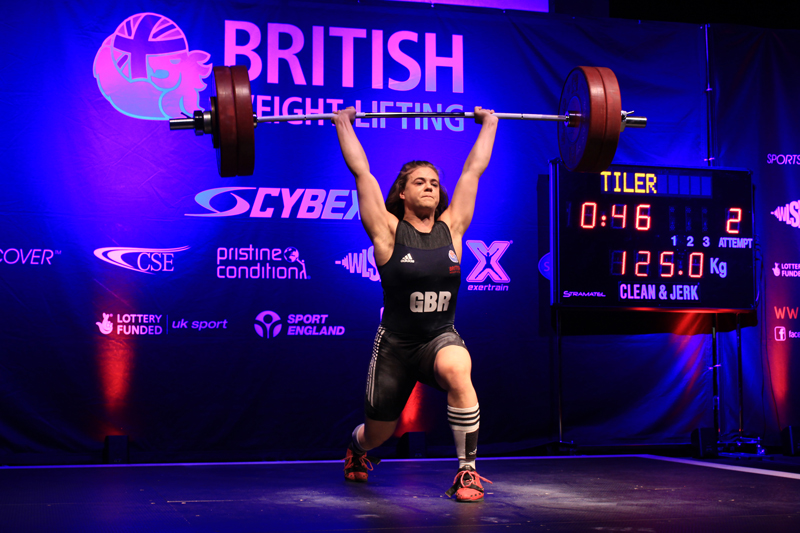 17-year-old Rebekah Tiler broke two British records to win the women’s 69kg category, as the bid for Olympic selection continued in what was an eventful afternoon at the 2016 Cybex British Weight Lifting Championships.

European Senior medallist and UK Sport funded athletes Rebekah Tiler and Emily Godley went head-to-head in the women’s 69kg category; the two last faced off at the English Championships in January, where both athletes achieved a total of 210kg with Godley claiming first place on bodyweight.

Godley was first up, securing 91kg followed by a new personal best of 94kg in the snatch, before missing 97kg on her third lift.

Having missed her opening lift, Tiler went on to secure 98kg before beating her existing British record by 2kg with a snatch of 102kg, putting her in pole position going into the clean and jerk.

Godley opened the next round of lifts with 116kg, followed by 120kg and another personal best; however it wasn’t quite enough to beat European senior medallist Tiler, who achieved 125kg in her second lift before narrowly missing out on beating the British clean and jerk record with a failed attempt at 128kg.

Tiler’s winning total of 227kg was her second British record of the day, whilst Godley finished in second place with 214kg and a third personal best for the Europa Weightlifting Club athlete.

Next up was the women’s 63kg category, where in a surprise result, Leeds Weightlifting Club’s Steph Owens was crowned British Champion, as category favourite Zoe Smith was forced to withdraw due to an injury sustained in her opening lift. Fellow World Class Programme athlete and u23 European Champion Sarah Davies also failed to secure a total, missing all three clean and jerk lifts. 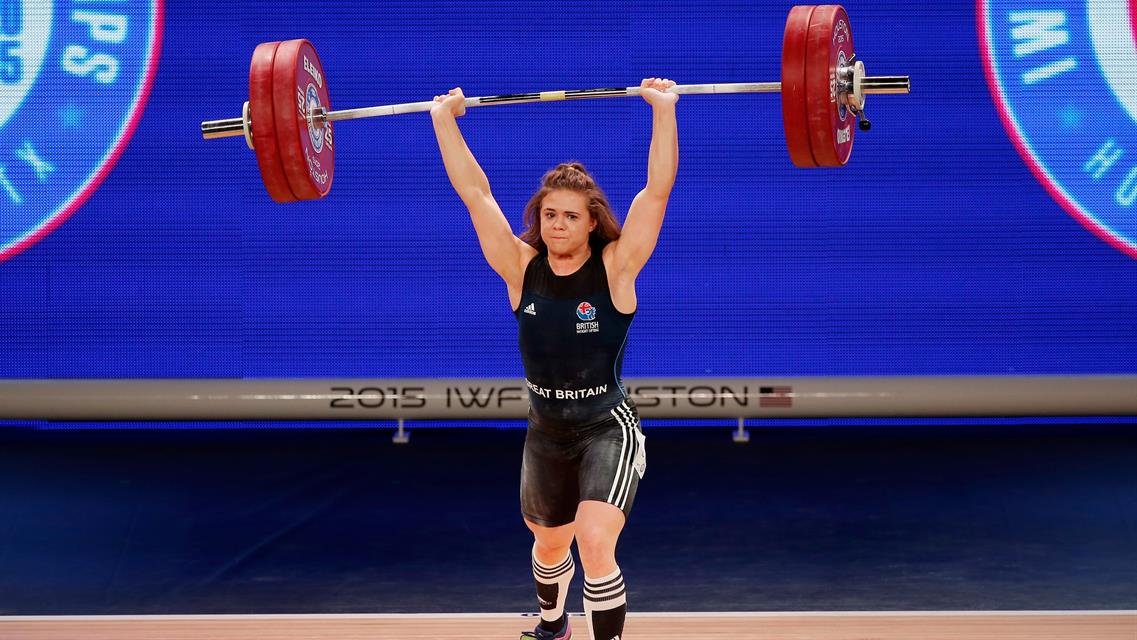 The recent floods may have wreaked havoc with Rebekah Tiler’s training plans but the young weightlifter is adamant that won’t stop her walking away victorious from this weekend’s English Championships.

As a European Youth champion and World Junior medallist, Tiler has marked herself out as a future star in the sport and will deservedly be one of the favourites in the women’s 69kg category in Manchester this weekend.

But the 17-year-old’s preparations to win a first English title have suffered with her training base at Mytholmroyd Community Centre flooded, forcing a move to nearby Crossfit Boudicca in Sowerby Bridge.

While such upheaval would throw many athletes off their game, Tiler appears to have taken it all in her stride and is raring to go for the English Championships.

“Recently I’ve lost my gym due to the floods, so training has been a bit messed up,” explained Tiler.

“My gym is a Community Centre in Mytholmroyd near Hebden Bridge where I have my own room. Recently it got flooded, so all our stuff has been destroyed and the equipment ruined.

“Luckily my coach knows someone who owns a gym called Crossfit Boudicca which is local to where I live, so I’ve been training there which has been alright.

“Obviously it’s not good that my normal gym has been destroyed but I’ve been trying to keep my focus and it’s going well.

“I’m feeling really good and while the big competition for me is the European Championships in April, this weekend will be good preparation to build towards that.”

The European Weightlifting Championships will take place in Norway from April 10-16 with the competition providing the last opportunity to qualify for the Olympic Games in Rio.

Understandably, making it to Rio is the main focus for Tiler this year and the English Championships should be the perfect way to launch her 2016 campaign.

And the teenager, who is British record holder for the clean and jerk, is eyeing personal bests in Manchester, as well as walking away with the trophy.

“I want to break some more records this weekend – that is my aim. I’m focusing on myself this weekend, I’m not worried about the competition,” added Tiler.

“This will be my first English Champs because last year I injured my knee and the year before that I was away on holiday, so it should be good.

“It would be great to be English champion and this is probably the one I want to win most this year after Rio and the Europeans in April.”