The countdown to the 2020 Müller British Athletics Championships has officially started, with just 100 days remaining until the nation’s biggest stars take to the track and field, with many aiming to secure a seat on the plane for the Tokyo Olympic Games.

The event is being held at the Manchester Regional Arena, the first time the city has hosted British Athletics’ flagship event since 2007.

With qualification for the Olympics on the line, the action can be expected to be as hotly contested as ever, with selection for the Tokyo Games and the British crown both on the table.

As such, this is one of the biggest events on the British Athletics calendar, and the country’s most revered names will all be competing for glory.

The competition has often provided a springboard for Britain’s best athletes to achieve glory on the global stage – and the 2019 edition was no different.

Dina Asher-Smith (John Blackie; Blackheath & Bromley) and Katarina Johnson-Thompson (Bertrand Valcin; Liverpool) were among those to work their magic in Birmingham before going on to claim their maiden titles at the World Athletics Championships.

Sprint queen Asher-Smith, in particular, was tipped to challenge for medals in the 100m and 200m in Doha, but before she could realise her potential against the world’s best, she first had the small matter of defending her women’s 100m title at the British Championships to contend with.

It was a task the 24-year-old completed with clinical efficiency, though, seeing off a strong field that included Asha Philip (Steve Fudge; Newham & Essex Beagles) and Daryll Neita (Rana Reider; Cambridge) to retain her crown in a championship record time of 10.96 seconds.

Johnson-Thompson competed in four events at the British Championships at the Alexander Stadium which acted as the perfect preparation for Doha, where she would claim her first heptathlon title.

A second-place finish in the high jump behind Morgan Lake, and solid performances in the shot put, javelin and 100m hurdles, provided plenty of entertainment for the crowds over the two days of action.

Meanwhile, on the men’s side, Adam Gemili (Rana Reider; Blackheath & Bromley) recorded a championship record (20.08s) on his way to winning the British 200m title in Birmingham.

With the fire back in his belly, the 2014 European champion agonisingly missed out on a medal in Doha, but his fourth-place finish suggests he will be a force to be reckoned with moving forward.

Another star of the 2019 event was Holly Bradshaw (Scott Simpson; Blackburn), who claimed a championship record 4.70m clearance in the pole vault, and she will be looking to defend her title with the Olympic podium firmly in her sights in 2020.

Meanwhile, in the men’s pole vault, a stunning clearance of 5.71m from Harry Coppell (Simpson; Wigan & District) equalled a championship record and secured him a spot in Doha.

There were also the likes of Grand Slam para athletics champion, Hollie Arnold (David Turner; Blackheath & Bromley), and 2017 world champion Olivia Breen (Aston Moore; City of Portsmouth), integrated into the fields across the two days as they prepared for the World Para Athletics Championships later in the year.

With the Olympic and Paralympic Games now firmly on the horizon, the 2020 Müller British Athletics Championships will provide extra impetus for the likes of Asher-Smith, Gemili and Johnson-Thompson to produce the goods in Manchester, with two days of scintillating action drawing ever nearer.

Tickets for the Müller British Athletics Championships are currently SOLD OUT, sign up here if you wish to hear more about this event. 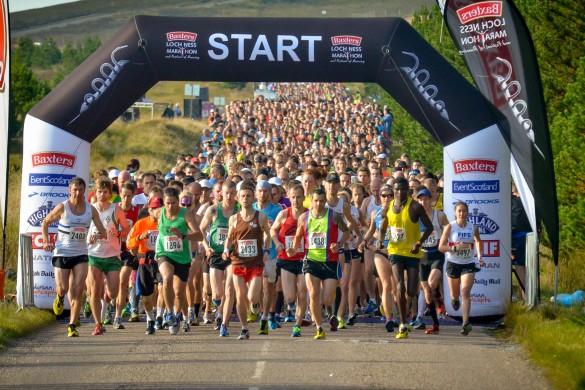