British Athletics can confirm the first seven members of the athletics squad who have been nominated to the British Olympic Association to represent Team GB in Tokyo this summer.

For Thompson, who became a Dad for the first time a few days prior to the Trial, it capped a whirlwind few days as he achieved a PB, completing the course in two hours, ten minutes and fifty-two seconds, which doubled as an Olympic Games qualifying standard. Ben Connor (Derby), 28, also booked his seat on the plane after finishing second, having set the qualifying standard in 2020.

They will join Scotland’s Callum Hawkins (Robert Hawkins; Kilbarchan), 28, who had gained pre-selection in December 2019 and demonstrated current form and fitness having acted as a pacemaker at Friday’s Trial.

Stephanie Davis, who ran her first marathon only three years ago, ran inside the qualifying standard in Valencia in 2019, and her performance at Kew Gardens will see her compete for Great Britain and Northern Ireland for the first time.

Kew Gardens also played host to the British Athletics 20km race walk trials which saw Tom Bosworth (Andi Drake; Tonbridge), 31, finish second to secure his qualification for Tokyo having already achieved the qualifying standard at the European Race Walking Cup in 2019 when he posted a time of one hour, twenty minutes and fifty-three seconds. Tokyo will be Bosworth’s second Olympic Games having finished sixth in 2016.

“It is a great privilege to be able to welcome the first seven members of the athletics squad for Tokyo into Team GB,” said Mark England, Team GB’s Chef de Mission for Tokyo 2020.

“It was clear from watching the coverage of the qualifying event last week, and seeing the emotion felt by each athlete as they crossed the finish line, just how much this selection means to them. The hard work and dedication that goes into securing Olympic qualification is admirable, especially in a year that has come with so many challenges.

“I’d like to congratulate everyone on their fantastic achievements, and we look forward to welcoming them to Tokyo this summer.”

UK Athletics Performance Director and Team GB Athletics Team Leader for Tokyo 2020, Sara Symington, added: “We are really pleased to be announcing the first seven members of the athletics team for the Tokyo Olympic Games. I want to congratulate all the athletes on their selection. It is a significant milestone in their careers, and a proud moment for them, their coaches and support teams, family and friends.

“Focus now turns to making sure they are prepared for that start line in Sapporo, so we will be supporting the athletes to achieve their goals at the Games.”

Selection is subject to the appeals process, with the rest of the athletics team due to be announced over the coming months.

Marathon and race walk join canoeing, sailing, sport climbing, triathlon and shooting as the first sports to announce the athletes selected to Team GB for the rescheduled Tokyo 2020 Olympic Games, which will take place from 23 July to 8 August 2021. 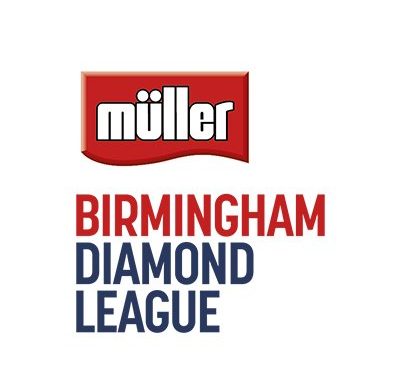 ONE MONTH TO GO UNTIL THE MÜLLER BRITISH ATHLETICS CHAMPIONSHIPS