History was made today when British quartet Nicola Wilson, Piggy March, Kitty King and Ros Canter secured the team gold medal in Avenches, adding to the World and Olympic titles already held. It was a clean sweep on the individual podium, too, with Nicola and Piggy taking gold and silver, and compatriot Sarah Bullimore taking the bronze. It was the seventh time Britain has taken all four medals on offer in 35 editions of the FEI European Eventing Championships.

The final day of competition started wet and grey, with those who turned out to watch the second horse inspection sheltering under the covered grand stand. The six British horses, turned out to perfection by their grooms, showed no evidence of yesterday’s exertions as they went before the ground jury of Andrew Bennie, Christian Landolt and Christian Steiner. All were passed with flying colours – a true testament to the hard work of the equine support team.

Ros Canter and Allstar B

First in for the British team this morning was Lincolnshire’s Ros Canter and Allstar B, who Ros co-owns with Caroline Moore. Two uncharacteristic run-outs in the latter stages of yesterday’s cross-country course – when ‘Alby become demoralised by the tight turns of Mike Etherington-Smith’s course – had ruled out any hope of an individual medal, but any information that Ros could gather about for her team mates would be of huge benefit.

As is their style, Ros and Alby jumped a smooth, economical round with no fuss or frills – their partnership is always plain to see It was clear and inside the time and, most importantly would be a huge confidence boost to those watching behind the scenes.

“Alby was great, he jumped a really nice round,” said Ros. “He likes a crowd so they could have been a bit louder for us! He’s a seasoned pro and he made it feel quite easy. He surprises us time and time again, he’s a big horse and he’s getting older but he’s tough as old boots. He comes out and feels better than ever after a day of cross country.”

There was then a lull in proceedings as the morning session wound down and the lunch break began. It was the calm before the storm – with the other five British combinations all within the top-10 after cross-country, the action would soon come thick and fast.

Izzy Taylor and Monkeying Around

The first of our individuals to tackle Gérard Lachat’s course was Izzy Taylor from Oxfordshire and the 10-year-old Monkeying Around. The gelding, who Izzy co-owns with Mark Sartori, started well and looked very at home in the arena, despite his youth and relative inexperience. The middle part of the treble hit the sand, but the rest of the round was faultless so they completed the championships with a total penalty score of 31.9.

The top seven combinations had less than a pole between them, so anything less than a perfect round would cause a shake-up of the leaderboard. Wiltshire’s Kitty King was the first of this pack to enter the ring, riding Diana Bown, Sally Eyre, Samantha Wilson and Sally Lloyd-Baker’s Vendredi Biats. The elegant grey always cuts quite a dash and he certainly looked none the worse for yesterday’s cross country test. A moment of miscommunication at fence two resulted in the pole tumbling but they were fault free from there. A final tally of 28.9 ruled them out of the individual medals but was a boon for the team and kept a firm hand on the title.

We were now approaching the sharp end of the competition. Great Britain still held the lead with limited breathing room over second-placed Germany, but there was just the matter of individual placings to focus on first.

Bedfordshire rider Sarah Bullimore and the small-but-feisty Corouet were our second individual combination into the arena. The petite gelding, who barely tops 15.2hh – although nobody’s told him that – had a whale of a time, utterly convinced that every spectator had turned out just to watch him. Ears pricked and focus unwavering, he and Sarah pinged around the course, making the whole thing look far too easy. They finished clear and inside the time – not only a great achievement for Sarah and her little homebred, who’s owned by the Kew Jumping Syndicate and husband Brett Bullimore, but one that put them within sniffing distance of the podium on a score of 23.6.

“It’s quite emotional – it’s been a real rollercoaster just to even get here – it’s taken me 10 years and being on the reserve list for all those years,” Sarah explained afterwards. “To be picked straight out was a major thing, and on a horse we’ve bred ourselves, too. The last time I rode for Britain was at the Europeans was on his mother, so it’s really special.

“He’s just been fantastic all week. I had a really good feeling about him coming here as he was in great form and although it’s been quite stressful to get here, I did feel quite confident. I was extremely nervous on cross-country morning because I was thinking if I make a mess of this it could take me another ten to get back here so it was a massive relief! Today, I was remarkably calm and he is a fabulous showjumper – he’s fab at everything really. I’m so chuffed and for him and his owners, a lovely syndicate, and sadly a couple of the members couldn’t travel, this is for them, too.”

Immediately after Sarah came Piggy March from Northamptonshire and Brookfield Inocent. A fast clear round yesterday had kept them on their dressage score of 23.3 and well on the hunt for an individual medal. Brookfield Inocent, owned by John and Chloe Perry and Alison Perry, looked every inch the professional as he and Piggy flowed around the arena. Every pole stayed in the cups and the clock stayed green – the pressure was firmly applied to those still to come as they completed on their dressage score.

“I’m pleased for my ownersJohn and Chloe Perry and Alison Swinburn – it’s not been an easy year, a bit of a rollercoaster and hard at times and missing out on Tokyo. I’m glad their horse has been as beautiful as we know he is and hope that we’ve both done them proud. It means so much for me for their first championship experience to come home after a week like this. I’m so grateful to them, I’m so lucky. I think he’s one of the best horses in the world, he’s a beautiful horse and it’s exciting for the future. What a week – we couldn’t write it really.”

Maxime Livio and Api du Libaire were next in for France. They carried with them hopes for an individual medal and a team one for France, but sadly it wasn’t to be as they lowered middle element of the treble to add four which ruled them out of a podium place.

Ingrid Klimke, who had held individual title with her stalwart partner SAP Hale Bob OLD since 2017, was the penultimate rider in. It all looked a picture until a late pole added four faults to their total, dropping them out of contention – there was to be no historic third title for Ingrid and ‘Bobby’.

Suddenly, there were two British flags at the top of the leaderboard – and still the opportunity for one more to be added. Yorkshire’s Nicola Wilson and JL Dublin have had a dream week in Switzerland and found themselves jumping not only to secure the team title for Great Britain, but an individual one for themselves, too. This would be the first time that Britain had done the double since 2009, when Tina Cook and Miners Frolic picked up the title in Fontainebleau – Nicola was also on the team that won gold there, riding the great Opposition Buzz.

There was no room to for error – with squad mates Piggy and Sarah breathing down their necks, Nicola and Dublin set off. The tension was measurable but there’s no better rider under pressure and she expertly guided Dubs round with precision accuracy and the talented ten year old gave every fence the required clearance – they’d done it! Gold for Great Britain – number 23 over the 35 years – and a first individual gold for Nicola, with Piggy in silver and Sarah completing the podium with bronze. This gives us a seventh clean sweep of the medals and brings the medal hall to 87 in total, 42 gold.

“It’s been a fantastic week for all the Brits and to finish up there on the top is just a dream come true,” said an emotional Nicola. “He’s a fabulous horse that James and Jo Lambert and Dierdre Johnson bought as a four-year-old and he’s been so exciting all the way through the years. For him to come to his first championship and finish at the top of the podium – well, I’m just pinching myself. He really is a very special horse and felt class in all three phases. I knew he could jump well, but with pressure and nerves, you don’t know what’s going to happen – one silly mistake and I let him down, but he was just phenomenal in there. He went in cool as a cucumber and very confident and very focused and off we went.  It was an absolute pleasure to ride him in all three phases.”

With five riders in the top ten and a dominant team performance, it was down to Richard Waygood to sum up the week’s performances.

“It’s quite hard to take in, really – what a monumental achievement,” commented Performance Manager Richard Waygood. “To have come home with four medals off the back of such a successful Olympics is hard to put into words. The performances were solid throughout and it’s a staggering achievement for our entire squad.

“I’d like to say a big thank you to the support team, who work so hard to ensure our athletes and horses can peak at the right moment. A podium result doesn’t happen in four days of competition, but in the months and years of training and preparation that come beforehand.

“None of this would be possible without the continued support of our owners, the belief they have in our athletes and the trust they put in us. It was great to have so many of them out here in Avenches to support us, especially when opportunities to watch their horses compete have been so few and far between in the last year or so.” 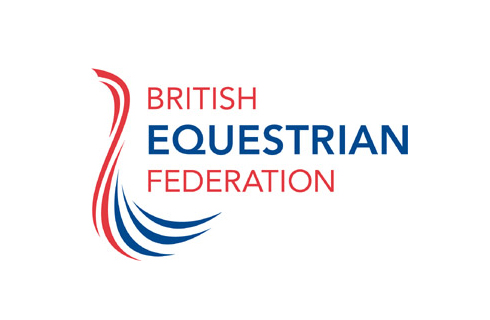