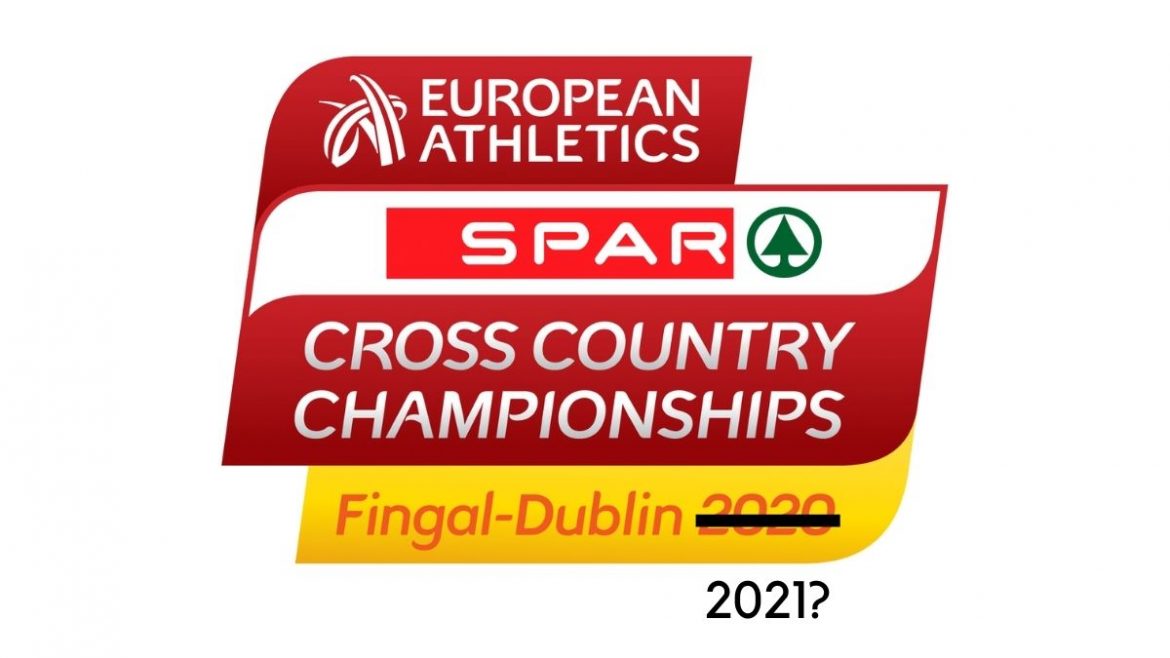 Keith continued her stellar cross country form and took the women’s under-20 contest by the scruff of the neck and held on in the closing stages for the British team’s first individual gold in the event since 2017.

Hicks led the men’s under-23 race almost from gun to tape and had to produce a huge effort in the final incline to hold off Darragh McElhinney (IRE) and Ruben Querinjean (LUX) for his first individual medal in a British vest.

Team golds for the under-20 men and senior women in the first and last races of the day added to the gold rush, while team captain Alex Bell’s (Andrew Henderson; Pudsey and Bramley) mammoth third leg propelled the British mixed relay quartet from sixth to first heading into the final lap, allowing Ben West (Kyle Bennett; MK Distance Project) to bring home the gold and defend the British crown in the event.

The Inverness athlete found herself at the front of the pack early on and opened up a small lead from Germany’s Emma Heckel around halfway, but the pair continued to jostle for the lead entering the final circuit. With just under half a lap to go, Keith hit the accelerator and pushed clear of the chasing pack, hanging on up the final incline to win Britain’s first individual Euro Cross medal since 2017.

After victory, she said: “To be honest I don’t know what happened out there. I was leading when I didn’t necessarily want to lead it. I knew I had a massive group behind me so I never thought I would win it.

“The best I hoped for was top five and coming away with a team medal – winning wasn’t in the game plan. It was amazing when I crossed the line. I don’t think I’ve ever run so quickly to a finish line in my life. Now was the time to do it!”

Solid packing behind from Ellen Weir (Anne Hegvold; Hercules Wimbledon) and Phoebe Anderson (Wayne Vinton, Herne Hill) ensured a team bronze medal, with Weir 14th in 14:02 and Anderson 17th in 14:03 in a frantic finish behind.

Hicks had led the race almost from gun to tape, until the final lap when McElhinney and Querinjean briefly traded blows at the head of the field in the final stages. Not to be denied, Hicks dug in and found another gear in the final straight to move away from his rivals and secure his maiden title in a British vest.

After the race, Hicks said: “It is an unbelievable feeling. I am beyond amazed. I’m incredibly proud of myself, my coaches and my teammates, and my teammates in Stanford. We’ve put a lot of work in the last couple of years to get here.

“It was such a hard-fought race and I think that contributes to this amazing feeling. There wasn’t a single metre there where I wasn’t fighting. To win means the world to me.

“When the Luxembourg athlete went past me, there wasn’t enough oxygen in my brain to process it. It was quite a primal response to stick with him. I wasn’t going to let him win. Darragh and I were hanging on to him, so we knew it was going to come down to a final sprint. It hurt a lot more than I imagined but I’m so pleased to get this result.”

A team silver was secured by strong runs from Zakariya Mahamed (Idris Hamud; Southampton) and Tom Mortimer (Chris McGeorge; Stroud & District), who bagged ninth and 14th spot respectively in 24:52 and 25:04, with Rory Leonard (Morpeth) also inside the top 20, coming home 16th in 25:14.

Matthew Stonier (Peter Mullervy; Invicta East Kent) and Sam Charlton (Helen Clitheroe; Wallsend) ensured all the Brits would be inside the top 25, with respectable 25:23 and 25:25 showings for 23rd and 25th position.

Nuttall’s solid start had the British team sixth as she handed over the Duffy, who maintained the team’s position, 12 seconds down on then-leaders Ireland. Bell chewed up the ground and opened up a near five-second advantage for West, who’s aggressive start to the final leg was rewarded with victory in 18:01.

After the race, team captain Bell said: “I am so happy for this team, to win gold is a great achievement for this young squad. Everyone played their part in making this happen today so I’m very proud of them.

“This (Euro Cross) is a key part of my winter season – only the relay I should say, I’m not running 8km! So I have a lot of experience in these teams now and it is great to be a part of this team and race in the relay. I’m very proud to have being part of a gold-medal winning team.”

West added: “I took off over the first 500m and I thought the worst – I thought I’d gone too early, and the other teams weren’t that far behind. But I had to remind myself that I would be strong up the hills and through the mud.

“One of the team coaches was down the far side of the course so he told me how far ahead I was which reassured me and allowed me to focus on the final part of the race.”

Team gold medals top and tailed the programme, with Jess Judd (Mick Judd; Blackburn Harriers) rounding off proceedings by leading the senior women’s team to gold with a brilliant fourth place in the last race of the day, stopping the clock in 27:01.

Judd gave it her all and was never outside the top 10 in an enthralling race but did not have enough left in the tank for bronze, missing out on a medal by only eight seconds. She was backed up by fellow 2019 team gold medallist Jenny Nesbitt (Chris Jones; Cardiff) in the top 10 finish in 27:58.

Judd said: “I wasn’t expecting that at all. I did everything right and tried to put myself into a position to win it. In Lisbon (2019) I did really well coming 6th, but I was never in it, I just felt like I was coming through. But today I could see the leaders and I could feel I was nearly there.

“I’m slightly gutted the legs didn’t hold on the last lap, but I honestly couldn’t have done anymore. I definitely dug in more than I ever have done before.

“This event is so special to me. It’s always a smaller team, so more close-knit. Sometimes people say the seniors inspire the juniors, but it can be the other way around. I watched them this morning before I left the hotel and they inspired me. You want to get out there on the course and do as well as them.”

In the opening race, Will Barnicoat (Aldershot Farnham and District) and Hamish Armitt (Crawford Whyte; Giffnock North) secured top ten finishes to spearhead the U20 men’s team to gold in the first race of the day.

The duo measured their runs on slippery ground with Barnicoat pipping Armitt on the line in 18:31, to the latter’s 18:32 for ninth and 10th spot. European under-20 1500m bronze medallist from Tallinn, Henry McLuckie (Geoff Watkin; Shaftesbury Barnet), cut the tape in 15th in a time of 18:42 as the vital third counter as the British team pipped Ireland to top spot by just a point, seeing the team defend their 2019 title from Lisbon.

There were top 25 finishes for Osian Perrin (Andrew Walling; Menai) and Liam Rawlings (Colin Lancaster; Shrewsbury) in 18:49 and 18:53 respectively for 22nd and 25th, with Lewis Hannigan (Robert Hawkins; Kilbarchan) coming home 65th in 19:38. Victory went the way of Denmark’s Axel Vang Christensen in 17:53.

Barnicoat assessed: “I sort of went off a bit slower, and I was debating whether to go with them or not at the start. I kicked at the end to come through, so I was happy with that.

“It went off very hard and the hill meant it really started to hurt, so I tried to recover on the downhills sections, which I think I did well.”

The women’s under-23 team secured a third consecutive team bronze medal in the event, led home by Izzy Fry (Steve Vernon; Newbury) in 21:15 for ninth place. Fry and teammate Amelia Quirk (Mick Woods; Bracknell) were in the leading group early on but faded away from the leading pack in the final circuit but packed well enough to secure a spot on the podium.

Quirk was the second counter in 12th in 21:27, with Cari Hughes (Andrew Walling; Cardiff) ensuring another team medal as the third Briton home in 16th place, clocking 21:33.

A solid run from Eloise Walker (Andy Young; Edinburgh) bagged her 19th position in 21:37, with Eleanor Bolton (Ribble Valley) and Jemima Elgood (Andrew Henderson; Ilkley) rounding out the team in 26th and 28th place in 21:48 and 21:52 respectively, as Italy’s Nadia Battocletti took the title in 20:32.

Rowe and teammate Andrew Butchart (Central) attacked the race from the off but dropped down the order as the laps began to take their toll on the field, finishing as the top two counters in 18th and 23rd respectively, the latter in 31:26, two seconds and one place clear of clubmate Jamie Crowe (Derek Easton; Central).

Stuart McCallum (Bud Baldaro; Winchester) took 27th position in 31:32, with Jake Smith (James Thie, Cardiff) and Will Battershill (Luke Gunn; Erne Valley) rounding out the places in 32nd and 33rd in 31:40 and 31:43 respectively. 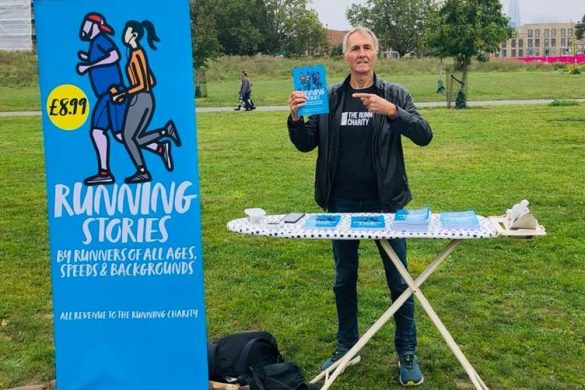