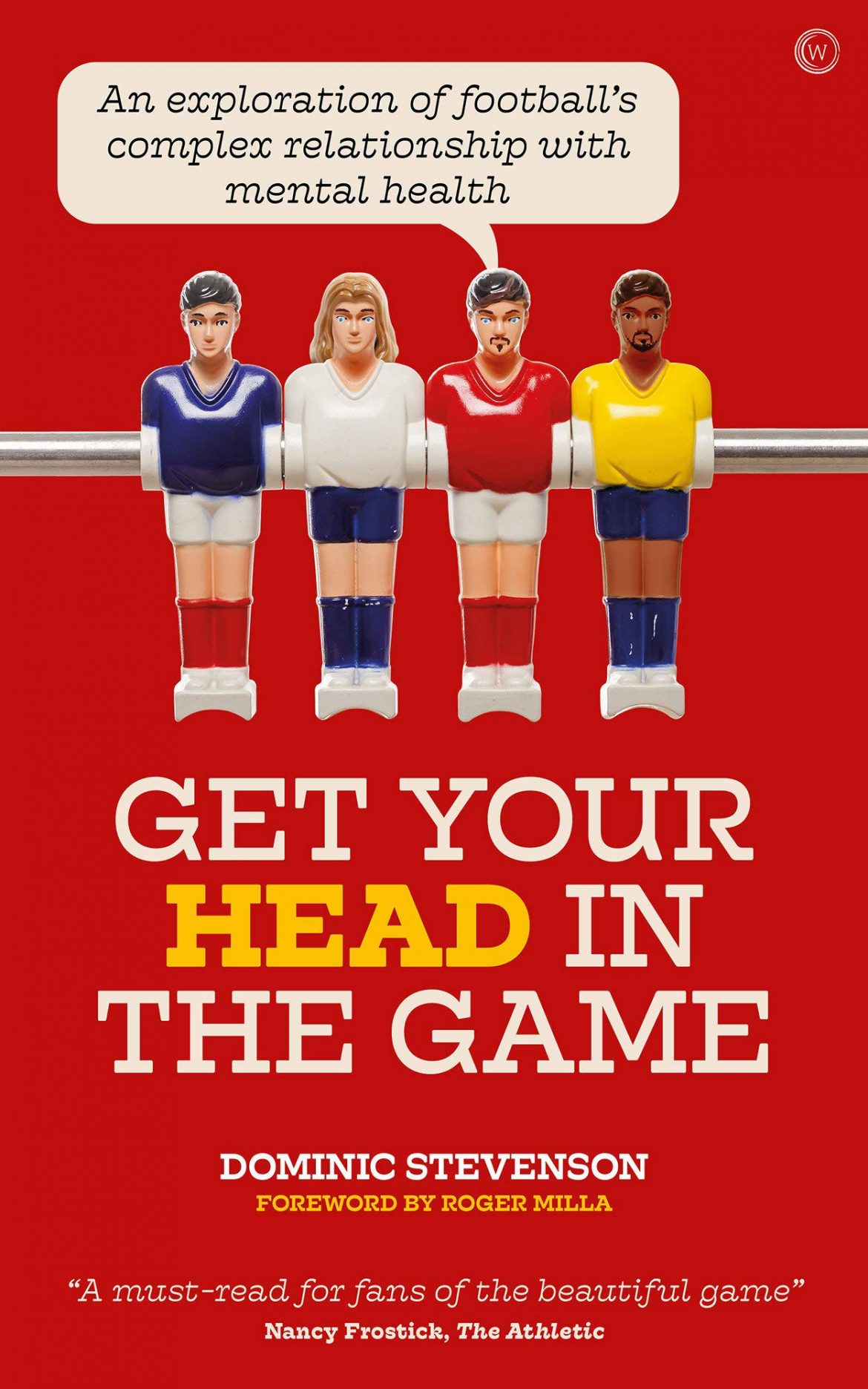 Football is more than just a sport; the pitch reveals emotion in the extreme, from the glory of goals, the thrill of comradeship, the rollercoaster of club loyalty, through to the immense pressure of expectation, fear of injury, and crushing defeat.

Fans, players, managers, coaches, and even those new to the sport can’t help but be swept up by the drama at the heart of the beautiful game. But when players at the peak of their physical fitness commit suicide, or poor mental health derails careers, there can still be a stunned silence in the community, a lack of connection.

In Get Your Head in the Game, Dominic Stevenson, a writer, player, coach, and lifelong football obsessive, interviews a diverse cross-section of characters in the football world, from fans to managers, from players at the start of their careers to retired veterans, women’s football stars, international celebrities, refugee footballers and mental health professionals.

He uproots the connections between the sport and the mind, unpicking the subtle interplay between the two; telling the stories of personal battles both on and off the pitch, he touches on anxiety, depression, discrimination, trauma, identity and recovery.In these pages, Dominic asks what the greatest game in the world can do for the mental health of those who love it, and how it can create positive change around the world.

This is the first book of its kind, and is essential reading for all fans of the sport.