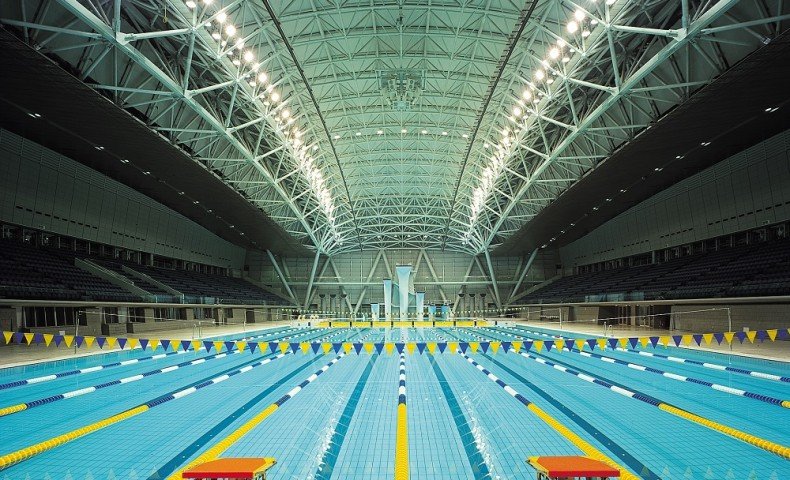 It is now less than a week until the Olympic flame is lit to signal the opening of the 32nd Summer Olympic Games in Tokyo, Japan. Having been rescheduled a year later because of the global Coronavirus Pandemic, we can finally now look forward to what will hopefully be an exciting and thrilling spectacle of sport. As is tradition, Swimming will be one of the sports taking centre stage in the first week of the Games, so allow me to take you through some of the stories, events and athletes to look out for.

Adam Peaty will be aiming to become the first British swimmer to defend an Olympic title when he goes in the 100m Breaststroke heats on Saturday. Since winning Team GB’s first gold medal in Rio, he has won five more world titles, 8 European golds and lowered his own world record to an astonishing 56.88 seconds. He will be pushed closely by a number of quick European swimmers- including his training partner James Wilby- but his times are so much further ahead than anybody else’s that it is hard to see who will beat him at the moment. His breaststroke speed will be relied upon to help Britain’s chances in the 4×100 medley relay at the end of the programme, in which Great Britain are world champions.

Since becoming many people’s breakout star of the GB swimming team in Rio, Duncan Scott is a real contender in individual events this time around. He will contest the 200m Individual Medley (in which he is ranked 3rd in the world) and the 200m freestyle in which he currently occupies top spot in the rankings. I think his best chance of a gold will be in the individual medley. Tokyo will be the first Olympics since Athens 2004 that will not feature a certain Mr Michael Phelps, who remained unbeaten in this event across 4 Olympics (2004-2016).

Other strong contenders for medals on the men’s side are Tom Dean (200m freestyle), Luke Greenbank (200m backstroke) and James Guy (100m butterfly), as well as the medley and 4×200 free relays.

British women brought home 2 silver medals from Jazz Carlin and another from Siobhan-Marie O’Connor five years ago, but now that they have both retired, British Swimming will look to other names among the women to deliver medals. Top of the list is European champion Kathleen Dawson in the 100m backstroke. She took the title in Budapest in May, after having to re-swim the final because there was a faulty speaker in lane 1 and Sweden successfully lodged an appeal on behalf of their athlete. Nevertheless, repeating her win from earlier in the evening, showed she has steely resolve and the ability to face up to whatever challenge is thrown at her. And there will be some huge challengers in what many fans see as the hardest event to predict the medal winners.

Another outside medal hope is 20-year-old Freya Anderson in the 100 and 200m freestyle. She may have to swim huge lifetime bests to win a medal but making the final with swimmers such as Katie Ledecky, Federica Pellegrini, Penny Oleksiak and Sarah Sjostrom will put her in illustrious company. She has been a key part of relay medal success since 2017 and with Freya anchoring the team home, anything could happen. In the women’s 200 IM, Abbie Wood has been performing strongly throughout the ISL (International Swimming League) season and carried that into a world-leading 2:09 swim back in April at the selection trials.

Away from Team GB, one of the big stories will be whether Australia’s Cate Campbell can finally land the elusive individual Olympic gold which her career deserves. She will be competing at her fourth games and hopes to have a more stress-free build-up than Rio when she was heavy favourite but only came 6th in the 100m freestyle. Katie Ledecky, in her 3rd Games at still just 24, will be aiming to complete the freestyle clean sweep (200, 400, 800, 1500m) in what will be one of the busiest schedules. She may also have at least one relay for Team USA. Ariarne Titmus of Australia will run her very close, however. Caleb Dressel (USA) won 6 Gold medals at the most recent world championships in 2019 and will be aiming to assert his dominance in butterfly and freestyle events, as well as relays. He prefers not to be compared to his friend and mentor Michael Phelps but if he wins 7 golds in Tokyo, the questions to him will become inevitable.

Japan Swimming are a very strong team themselves, with gold medal hopes resting with Daiya Seto and Kosuke Hagino. One story sure to capture more hearts is that of Rikako Ikee, who returned this year to secure a spot on the relay team 2 years after getting a diagnosis of Leukemia. She is sure to be given a warm welcome back by her teammates and competitors.

While it is a shame that the Japanese government announced spectators would not be allowed to attend ANY sports due to Covid restrictions, I am confident we will see a successful week in the pool with fast times and close races. The swimmers have been racing in the ISL and their selection trials without crowds watching (apart from USA), and some still produced personal bests and world records, so I think the racing next week will be fast, frenetic and historic.