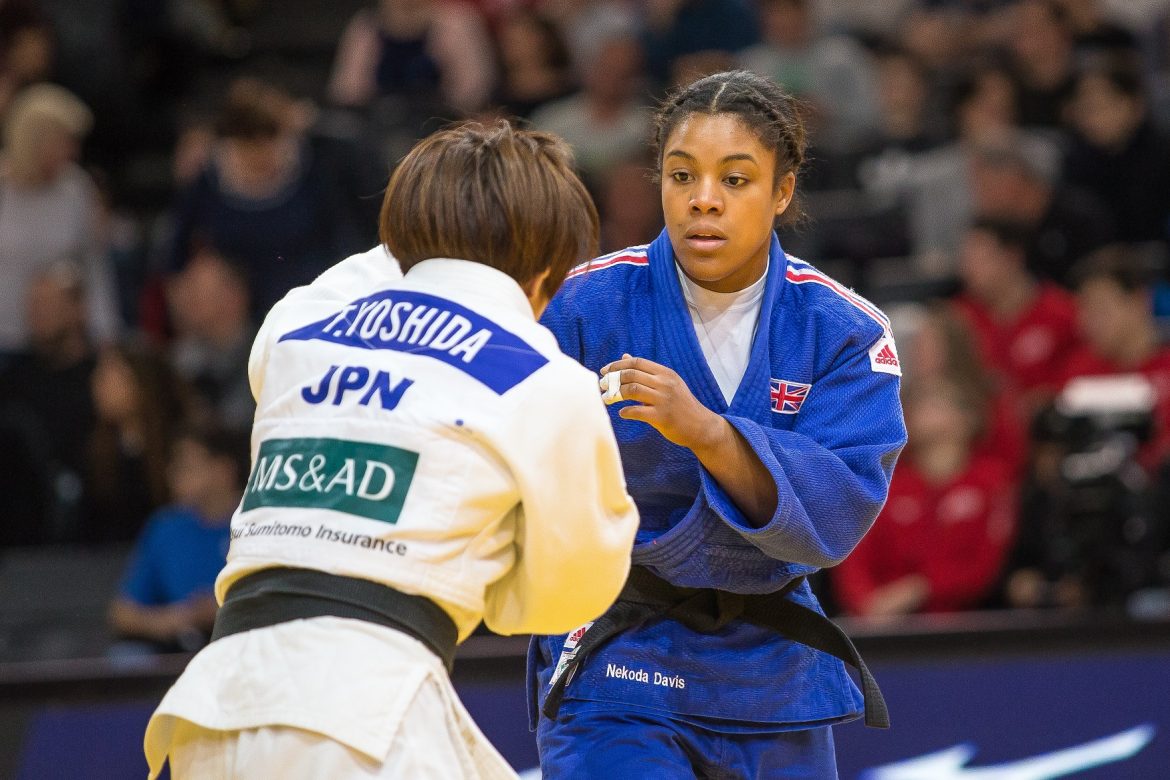 British Judo is pleased to offer clarity around the recent injury status of Nekoda Davis and the plan for her return to play to ensure she is in the best position possible heading into the Paris 2024 Olympic cycle. Please note that is not a retirement statement; this is a change of goals to align with Nekoda’s rehabilitation.

Much has been discussed regarding Nekoda’s concussion injury back in November 2019 and the long-term medical plan that is in place to ensure she makes a full recovery. The improvement is ongoing and both British Judo and Nekoda are confident of continued progress.

We are all proud of Nekoda’s achievements to date, from the numerous IJF World Judo Tour podium finishes, to the two world medals she secured in 2017 and 2018. Nekoda is one of only 15 British judoka in the history of the sport to hold two World Championship medals and as such she has become a role model for younger athletes around the country.

With this in mind Nekoda and the British Judo Performance Team feel it is important to be open and honest about her priorities. Health must always be at the top of the list and so it is with some sadness, but also with a great energy to succeed, that we inform our association of Nekoda’s decision to not push forward towards the Tokyo Olympic Games.

Nekoda has the full support of British Judo and will be continuing to train at the British Judo Centre of Excellence alongside the British Judo Elite Performance Squad and put a real emphasis on her recovery and health, without the pressure of such an enormous event clouding the process.

Nekoda would like to wish all members of the 2021 Team GB Olympic team a strong and robust preparation period before embarking on the ride of their lives. The Olympic Games is so special and Nekoda is looking forward to supporting her team-mates from afar.

Thank you in advance for your kind support as we facilitate a return to full health and form in the coming months and years.

Following the announcement, British Judo caught up with Nekoda for an in-depth interview discussing the last 14-months and the journey she has been through in making the decision she has made.