The British Olympic Association (BOA) has today named the four Modern Pentathletes who will compete at the rescheduled Tokyo 2020 Olympic Games.

Following what can only be described as an exceptional season for the British modern pentathlon team, Rio 2016 Olympians, Kate French, Joseph Choong and James Cooke will once again return to compete for Team GB this summer, whilst debutant Joanna Muir completes the team travelling to Tokyo.

Experienced athlete French, who placed fifth in Rio, comes fresh off the back of a sensational 2021 season, in which she has dominated the competition. The 2019 European silver medallist has not only secured three international medals in 2021 – including winning the UIPM’s World Cup Final in Hungary – but the 30-year-old also set a new Women’s World Record in the fencing discipline (31 victories to four defeats) – a feat that now matches the men’s record.

Muir has also enjoyed podium success this year – joining French in a British 1-2 at the opening World Cup in Budapest, before going on to finish on the extended podium at every UIPM World Cup competition. Her consistency across the 2021 season not only earnt Muir Olympic qualification for Tokyo, but also placed the Scottish-born athlete number one on the UIPM’s World Cup Ranking list this year.

James Cooke will be looking forward to once again competing on the Olympic stage. Despite not being amongst the medal winners on his Olympic debut in Rio, Cooke set a new Olympic Modern Pentathlon swim record with a time of 1:55:60 and since then the Salisbury-born athlete has gone from strength to strength. After a dramatic sprint finish, in 2018 he became the first British man in over a quarter of a century to be crowned Modern Pentathlon World Champion before producing a near perfect performance in the European Championships in Bath in 2019 to take the gold medal in front of a home crowd, and with it the Olympic qualification criteria for Tokyo 2020.

As one of the youngest in the field in Rio, Choong finished tenth on his Olympic debut as a fresh-faced 21-year-old. Now, with a wealth of experience and podiums to his name, Choong relishes the opportunity to test himself once again on the Olympic stage. Completing what was arguably his best season to date, Choong secured his Olympic qualification for Tokyo in impressive fashion, winning gold at the UIPM’s World Cup Final in 2019 and in doing so securing himself the title of World number one. The Bath-based athlete reminded the world of his credentials across the five disciplines at World Cup 3 in Sofia, after a dominant performance in challenging conditions earnt him another gold medal.

Team GB Chef de Mission for the Tokyo Olympic Games, Mark England, said: “This team has put in some incredibly strong performances this season and they are fully deserving of their selection to Team GB for the Tokyo Olympic Games. They, along with so many other Team GB athletes, have demonstrated the determination and commitment required to perform at the highest level despite the challenging circumstances that everyone has faced over the last thirteen months.

“I’d like to congratulate them all on this superb achievement and look forward to welcoming them to Tokyo next month.”

“It has been remarkable return to competition for our British pentathletes this year. Despite the long break from competition, the team have trained well in challenging circumstances and continued to perform well on the international stage.

Despite not being able to conclude the Olympic Games qualification season for reasons beyond our control, the athletes still achieved the UIPM Olympic Games Qualification Standard, confirming the strength and depth of the team and the Performance Programme at Pentathlon GB, and I want to take the opportunity to congratulate the whole squad and coaches on this achievement. I also want to thank the whole team of staff who have supported the athletes, particularly over the past year and throughout the pandemic.

The team selected have proven form and experience and are looking forward to representing Team GB in Tokyo, but we still have more preparation to do at home in Bath, and will continue to focus on doing everything we can to ensure we are as ready as we can be when the Games come around.” 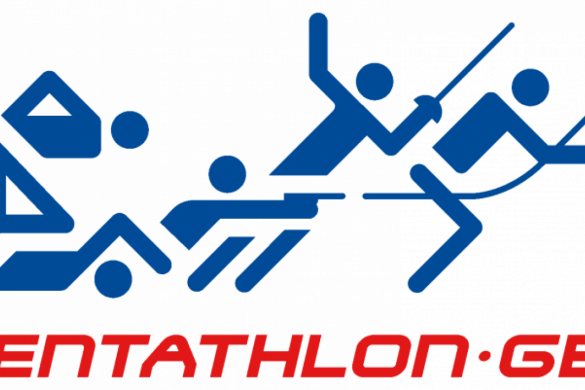