Mamba mentality: How Kobe Bryant inspired the basketball world one year on from his death

One year on from Kobe Bryant’s tragic passing, and his loss is still felt by all across the basketball world. An inspiration to many, Kobe was the epitome of basketball, showing us that great things come to those who work for it. Kobe’s career was one of legend, leading the Lakers to five NBA Championships across his 20 year NBA career and being regarded as one of the best to ever grace the court. His work ethic, demeanor and competitiveness made him a true pleasure to watch and will continue to inspire generations of players within the sport.

Bryant’s unexpected death had a deep impact on the entire basketball world, and with the anniversary of his passing coming up, it has led many of us to reflect on the life of the late Laker’s legend and the legacy he left on the game.

The London Lions, London’s premier basketball team, honour the life and legacy of Kobe Bryant and discuss the impact he has left on the game today.

“Kobe was that player that showed you that there was a way to play the game that was a beauty for fans to watch. For players it showed the sheer focussed mentality and dedication to the outcome of a move, a shot, a player and of course a game and that was to win. As he grew older his love for the game was so strong that he was born to teach and share it, I was captured by that. I wear Kobe’s now to Coach every game in his honour.”

“Kobe Bryant is iconic both on and off the court. His impact on developing his mantra “mamba mentality” is a mindset that I live by everyday in life. That mindset of focusing on the process and trusting in the hard work when it matters most, is ideally the best motivation for an athlete. His legacy along with endless stories of his hard work and dedication to the craft, is what separates him from the average person.

“Growing up in my era of basketball you were either a fan of Kobe or a fan of LeBron. But being a die hard fan of LeBron made it so hard for me to appreciate Kobe’s greatness. It wasn’t until his farewell tour that I finally opened up and said that Kobe Bryant will always be one of my favorite role models. After his legendary last game of 60 points. I studied countless hours of his skill workouts and started to develop a mamba mentality of my own. The level of greatness he presented was also top notch and as a fan of basketball it was definitely inspiring. The news of his untimely death was heartbreaking. Not only the fact that he was gone but his protege and talented daughter Gigi was taken too. Seeing this news was devastating but I promised myself that I would somehow continue his legacy and embrace his mamba mentality.

“As a fan, an athlete, and a father, I challenged myself to pursue my goals with that mentality. Making sure that I dominate every task in front of me, while consistently trying to be the best version of myself. Kobe Bryant’s ability to create a mindset that challenged people to tap in to their emotions is incredible. Honesty, detachment, optimism, passion and fearlessness. Are the 5 key emotions of the mamba mentality that I make sure to trigger on daily to become the best possible version of myself.”

“Kobe Bryant was, and always will be, my hero. Growing up in Barbados as an only child, I looked to him for inspiration, guidance and to be my big brother. Watching Kobe play taught me so much about the game of basketball, not just on the court but by the way he carried himself as an athlete and as a person. His journey, from a rookie that struggled to get game time to one of the best players to ever grace a basketball court, had a real impact on me and my game.

“Whatever Kobe Bryant embodied, I tried to emulate in my game. Work hard. Work smart. Just try to be the best you can be every time you walk onto the court. That mentality is what I have always tried to put forward during my career and has helped me get to where I am today. Kobe’s work ethic, demeanour and competitiveness taught me a lot of things. The one that will always be with me, however, is that if you want something enough, and you’re prepared to put in the work, you can achieve it. Thank you, Kobe, for all that you taught me and so many others across the world. You are truly missed.” 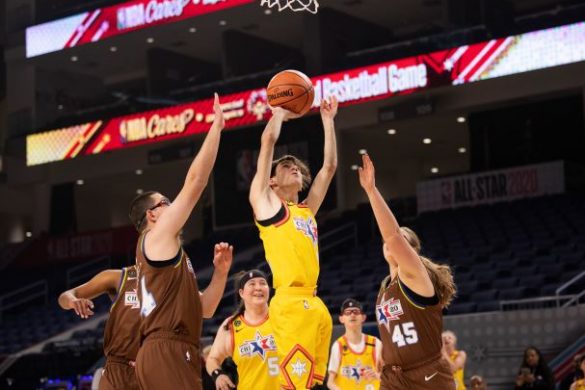