A pub has marked its historic links with a professional football club by launching a vintage shirt.

The Milbourne Arms in Carlisle which is currently closed due to the national Covid-19 lockdown, is offering replica Shaddongate United shirts – the club which went on to become Carlisle United.

Owner Dianne Irving said the football shirts would be available via phone or Facebook orders while the pub was shut because of coronavirus restrictions in England.

The striking blue and gold shirts were worn by players from Shaddongate United, who are believed to have got changed at the pub before matches. The club formed in 1896 and changed its name to Carlisle United FC eight years later.

The launch of the shirts was marked by Carlisle United First Team players, forward Gavin Reilly and midfielder Dean Furman, who were pictured with the tops at the club’s Brunton Park ground.

Profits from the sale of the shirts are being donated to The Gate project, which charts the history of the Shaddongate, Caldewgate and Willowholme areas of Carlisle.

Dianne said the initiative was a way of supporting the local community.

She said: “It’s important to us that the pub is at the heart of its community and, although our doors are currently closed, that we can still give something back to the local area. The shirts would make a great Christmas present for any Carlisle United fan.”

Dianne decided to recreate the football shirt after discovering the pub’s historic links with Shaddongate United.

She said: “When we discovered that the Shaddongate United players used to get changed at The Milbourne Arms before playing their matches at nearby Willowholme, I thought replicating the shirts was a fitting way to mark its history.”

In tribute to its footballing connections, The Milbourne Arms features a goalkeeping glove signed by Carlisle United’s modern-day hero Jimmy Glass whose goal kept Carlisle in the Football League in 1999, and a poster of all Carlisle United’s 58 different kits from the club’s origins to 2019. Staff also wear Shaddongate United shirts as their uniform.

Andy Hall, Carlisle United’s communications and media manager, said he was delighted the club’s long history was being marked with the replica shirts.

He said: “Carlisle United has been part of the city for more than 120 years and it’s great to see that history being celebrated. The club continues to be a huge part of the city and our work both on the pitch and in the community will ensure that continues for many years to come.”

Shaddongate United had a short and successful history before changing its name to Carlisle United in 1904. It had already changed its colours from blue and gold to blue in 1902.

The long-sleeved Shaddongate United shirts retail at £50 each and are available in sizes to fit men and women. They are available to order by calling 07702850811 or visiting The Milbourne Arms Facebook page @TheMilbourneArmsCarlisle.

The Milbourne Arms is managed by Trevor Wall, who ran The Howard Arms on Lowther Street for more than 20 years and is well-known across the city for his experience and expertise in the hospitality industry.

Trevor is a lifelong Carlisle United fan who was taken to his first match by his dad at the age of 12. He was a season ticket holder at Carlisle United for 16 years and has travelled all over the country following the Blues.

“Without Shaddongate United there would be no Carlisle United,” he said. “It’s good to know the history of the pub and its links to the football club.”

Dianne, who also runs the award-winning Crown in Stanwix and The Howard Arms, reopened The Milbourne Arms in August after a complete revamp of the Milbourne Street pub, which serves a wide area of Denton Holme and Shaddongate, while also being only a short walk from the city centre.

As well as its footballing links, the new-look interiors showcase the area’s cotton mill heritage, with fabric from the world-famous Linton Tweeds covering its chairs, and hand looms, spinning wheels, bobbins and shuttles, which would have been used in nearby mills, on display. 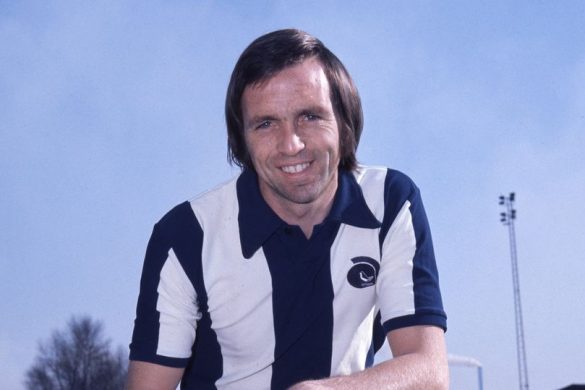