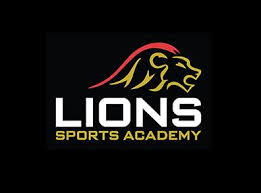 REVENGE WAS SWEET FOR LONDON LIONS AS THEY COMFORTABLY BEAT LEICESTER RIDERS 89-78, IN A REMATCH OF THE BBL PLAY-OFF FINAL, ON FRIDAY EVENING.

Tomislav Zubcic came off the bench to lead Ryan Schmidt’s team with 20 points and five rebounds, while Sam Dekker added an 18 point, 11 rebound double-double as ten Lions got on the scoreboard.

In a contest that Lions never trailed in, the home side built on an early 12-2 run to inflict defeat on the reigning champions in the first game of their title defence. Kosta Koufos opened the scoring for the Lions on the way to a team-high eight first points, and a pair of baskets from both Dekker and captain Ovie Soko helped the home side take a ten-point lead with just three and a half minutes gone.

Dunks from Soko and Dekker got the crowd on their feet before Luke Nelson made it 41-25 with 4:34 on the clock. Nelson’s step-back three and a Kareem Queeley dunk saw Lions maintain their lead, and although Riders’ Patrick Whelan scored the final four points of the first half, the hosts led 47-35 going into the locker room.

Dekker’s dunk opened the second half, but Marc Loving replied with five straight points before a nice step-back from Kubic follwed by a Nelson drive and a Vojtech Hruban triple saw London regain the initiative.

Zubcic’s triple sent Lions into the final break with a 70-59 lead and Dekker kept the hosts ahead by double digits after three fourth period minutes with three-from-four foul shots.

Josh Sharma converted an alley-oop off Nelson’s assist before scoring a lay-up, and Riders never got closer than nine points down the stretch before Koufos wrapped up the scoring.

Loving led all scorers with 21 points for a Riders team who were out-rebounded 44-28.