A FIRST GLOBAL MEDAL FOR MARC SCOTT AT THE WORLD INDOORS 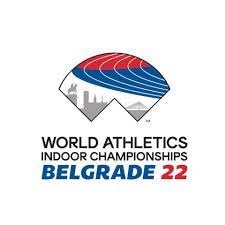 It was a superb morning for the British team as both 4x400m relay teams qualified for their respective finals, and David King and Andrew Pozzi will line-up in the men’s 60m hurdles semi-finals this evening.

Scott achieved a breakthrough on the world stage as he captured his first senior global medal following a fine display of running. The European indoor record holder over the 5000m distance stayed with the moves made by the other main protagonists such as eventual gold and silver medallists, Selemon Barega (ETH) and Lamecha Girma (ETH).

As the laps counted down a group of six including the two Ethiopians, two Kenyan athletes (Ebenyo and Krop), Mechaal from Spain, and Scott, broke away from the rest of the field. The Briton checked every move and at the bell, he moved up onto the shoulder of the leading pair and started his decisive move. It paid off as he held on for a first world indoor bronze medal in a time of 7:42.02.

He said afterwards, “I’m very tired but obviously really pleased to come away with a medal. That was always the intention coming into these championships. I knew I was in good shape I just had to deliver on the day.

“The Ethiopians and Kenyans were just taking it in turns, but I wasn’t getting too worried about that. I knew if I was there with a lap to go, I could come out with a medal because I believe in my finishing speed.

“I had it in my head that I wanted a medal and it weighed pretty heavily at times. You never know what’s going to happen in these races. I knew if I could get around a lot of bodies going into the last lap it would be very hard for them to come back past me. The race was choppy and bruising but that’s the way it goes. I have blood on my shin, but I can’t feel that now. I’m sure I will later when all this sinks in. It’s doesn’t dampen anything, and the pain is worth it to come away with a medal.

“I’ve always believed this is my level, but I always had minor setbacks going in to the major championships. This year I knew I could compete. It gives me great confidence going forwards.”

The men’s and women’s relay quartets will return for the finals later this evening after both made it through their respective heats.

Alex Haydock-Wilson (Benke Blomkvist, Windsor Slough Eton and Hounslow) set the team off in great fashion, winning the race to the break first and going head-to-head with the Netherlands to hand over to Ben Higgins (Stewart Marshall, Sheffield & Dearne) in a good position. The British debutant handed over to another making his first senior appearance for GB & NI, Samuel Reardon (Nigel Stickings, Blackheath and Bromley), in a three-way battle for the lead with the Dutch and the Poles.

Reardon worked hard to establish second position, and handed over to Guy Learmonth (Justin Rinaldi, Lasswade)– included in the team after an injury to James Williams earlier in the week – on the final lap and the Scottish athlete fought well to cross the line in third position in a time of 3:08.30 which saw them progress to the final as the final fastest qualifiers.

As for the women,Hannah Williams (Steve Fudge, Herts Phoenix) led the team off on the first leg, handing over to Ama Pipi (Marco Airale, Enfield and Haringey) in fifth, before Pipi fought back on leg two. Yemi Mary John (Alan James, Woodford Green Essex Ladies) took the baton on leg three, another athlete making her senior international bow, who ran a solid leg.

Jessie Knight (Marina Armstrong, Windsor Slough Eton and Hounslow) continued the race long battle with Belgium on the final lap but couldn’t overhaul them on the line, so the team finished in fourth position in 3:30.69.

With only the first two teams automatically qualifying with the next two fastest also going through, the team faced an agonising wait as the next heat set off. Poland and Jamaica advanced in that one, but Ireland were third in a time of 3:30.97 which wasn’t enough to see them through, so the British team will line up in the final at 18:55 (GMT) tonight.

Elsewhere, David King (Tim O’Neil, City of Plymouth) and Andrew Pozzi (Stratford-upon-Avon) both booked their places into the semi-finals this evening.

In-form David King clocked 7.65 to win the opening heat of the men’s 60m hurdles to advance. The City of Plymouth athlete – who set his lifetime best of 7.57 in Madrid a couple of weeks ago – beat 2018 silver medallist Jarret Eaton (USA) to first place to automatically move to the next stage after a very composed race. 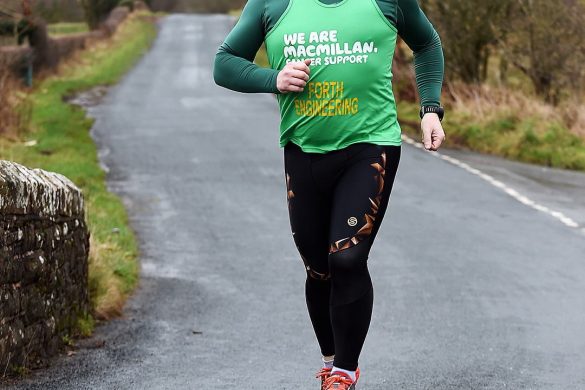