Since their inception in 2010, the YOG have been a testing ground for new ideas. They are known for introducing new sports and event formats, some of which have been included also in the Olympic Games. For example, the YOG pioneered mixed-gender events such as triathlon mixed relay, which will also appear at Tokyo 2020. Lausanne 2020 will take this innovative attitude to new levels, showcasing new sports and events such as ski mountaineering and women’s Nordic combined.

The Lausanne 2020 plan is based on five commitments for the long-term impact of the YOG: to empower youth; develop sport; promote Olympism; foster innovative and sustainable solutions; and create new, lasting partnerships.

“FOR YOUTH, BY YOUTH AND WITH YOUTH”

The Organising Committee’s commitment to empowering young people has led to a YOG edition “for youth, by youth and with youth”.

This mantra has fuelled the entire project, with young people actively involved in the preparation and delivery of the event. As well as engaging the local youth population in the Games, this approach has enhanced their skills and provided valuable work experience.

Building on the legacy of Buenos Aires 2018, nearly 150,000 students from local schools, colleges and universities have so far contributed to the delivery of the Winter YOG Lausanne 2020. Their roles have included designing key Games elements such as the official mascot, the Olympic cauldron, the medal trays and the podiums.

Students have composed the official song, created the overall “Look of the Games”, and contributed to the development of the volunteer programme and food and beverage offerings for athletes. This unique approach to youth engagement has underlined the status of the YOG as an incubator for new ideas and an opportunity to test innovative concepts.

Eighty thousand schoolchildren will attend the YOG as part of an initiative to promote sport and healthy lifestyles. They will also have the opportunity to take part in the En Jeux! cultural festival being held alongside the YOG, where they will get to participate in sports tasters and workshops, with the goal of encouraging regular physical activity.

In addition, Lausanne 2020 will implement athlete education as a key part of its strategy.

The Athlete365 Education Programme, run by the IOC in collaboration with the University of Lausanne and other partners, focuses on setting athletes up for success after the Games. Athletes will learn about their physical strengths and weaknesses through muscular, skeletal and postural analyses. Based on the results of these examinations, they will receive recommendations on how to tailor their training around their individual physiology to avoid injury. Alongside this analysis, they will develop skills essential for longevity in the world of sport, including media relations and career management.

There will also be sessions on the importance of the Olympic values (excellence, friendship and respect) and anti-doping. A diverse group of Athlete Role Models will be on hand too, to support the young athletes throughout the Games.

From a logistical point of view, Lausanne 2020 will see the introduction of new measures, including the experimental “two-wave” system, which will see athletes stay at the YOG in two groups, the first attending the Opening Ceremony and the second attending the Closing Ceremony. This approach allows for an overall increase in the number of participating athletes – leading to greater diversity – without requiring any further financial investment.

These cost savings align with the IOC’s Olympic Agenda 2020/New Norm measures, which

offer increased flexibility, shaping each Games around the long-term goals of host cities and using them as a catalyst for sustainable development.

With this approach in mind, Lausanne 2020 developed a lower-cost, more sustainable plan that takes advantage of existing facilities. Each new or newly renovated venue has a long-term role to play in the region’s development plans.

This plan led to Lausanne 2020 becoming the first bi-national YOG, with several events being held across the border in the French Jura. Not only did this avoid building unnecessary temporary infrastructure; it has also increased collaboration within Switzerland and across its borders. The Swiss National Olympic Committee has signed a cross-border agreement meaning that athletes from both regions will benefit from talent development programmes held in the venues for the next 20 years at least.

Events will also be spread across three Swiss cantons – Graubünden, Valais and Vaud – based on where the most suitable facilities already exist. For example, the bobsleigh, luge and skeleton competitions will be held in St Moritz, the host city of the 1928 and 1948 Olympic Winter Games.

The redevelopment of the Vaudoise Arena, the venue for ice hockey, figure skating, short track speed skating and the Opening Ceremony, was already part of the region’s long-term development goals. Its renovation was accelerated in order to be ready on time for the YOG. The Vaudoise Arena is the new home of Lausanne Hockey Club and will be used for future sports events, including the 2020 IIHF Ice Hockey World Championships.

The construction of the Vortex building that will house the Lausanne Youth Olympic Village is another example of a pre-existing infrastructure project fast-tracked by Lausanne’s hosting of the YOG. This distinctive ring-shaped complex will be used as student housing for the University of Lausanne after the Games, providing a lasting legacy for higher education in the region. It is located near multiple public transport lines, helping to facilitate sustainable mobility both during the YOG and beyond.

A key pillar of Vaud’s sports and tourism development strategy, the redevelopment of Les Diablerets ski resort was also accelerated to be ready for the Games. This International Ski Federation (FIS)-certified venue hosted the FIS Ladies Europa Cup Alpine combined and super-G races in January 2019 and will continue to host international skiing events in future. The neighbouring ski resort of Leysin has also used the opportunity of the Games to redevelop its snowpark, putting itself firmly on the freestyle map in Switzerland, with ambitions to regularly host international junior competitions in the years to come.

In line with Lausanne 2020’s commitment to sustainability, several events in St Moritz – speed skating, bobsleigh, skeleton and luge – will make Youth Olympic history by taking place on natural ice for the first time. Speed skaters will compete outside on a natural frozen lake, while the other ice events will be held on the only natural – and the oldest – bobsleigh track in the world, the historic Olympic Bob Run.

To further reduce the environmental footprint of the YOG, the Organising Committee has committed to reducing the use of plastic for food and drink at all the official sites. Organisers have also held a series of citywide clean-up “plogging” events – following a Swedish concept that combines jogging and picking up litter.

For the first time at an Olympic tournament, athletes will use public transport to get to their events, helping to reduce the carbon emissions associated with the YOG. Fans are also being encouraged to use local trains and buses to reach the venues, with a purpose-built transport app to guide them.

Accessibility for all is also high on Lausanne 2020’s agenda. The YOG will feature dedicated information platforms to help people with reduced mobility. Through these platforms, they can find out how to access specific sports venues. In addition, Swiss public transport companies will organise specific transport plans for people with reduced mobility to help them move between venues.

Even before the lighting of the cauldron, the Youth Olympic flame has been making its way around all 26 Swiss cantons, its journey supported by a fleet of zero-emission hydrogen fuel cell cars provided by Worldwide Olympic Partner Toyota.

The Winter YOG Lausanne 2020 will provide a glimpse into the future of the Olympic Games – not only through the potential of the young athletes competing, but also through the innovative planning and delivery of the Games themselves.

To support this goal, the Lausanne 2020 Organising Committee has signed an agreement with the Olympic Games Paris 2024. By sharing best practices and lessons learnt on topics such as legacy and sustainability, the aim is to ensure that the legacy created by Lausanne 2020 carries on and benefits future Olympic hosts. 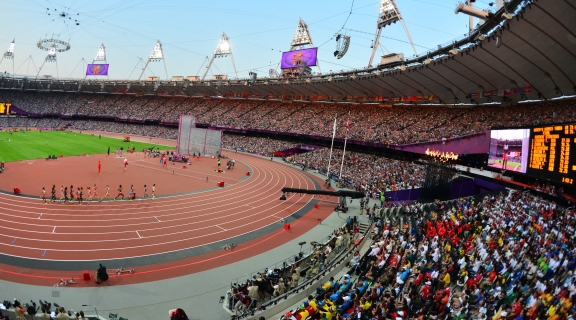 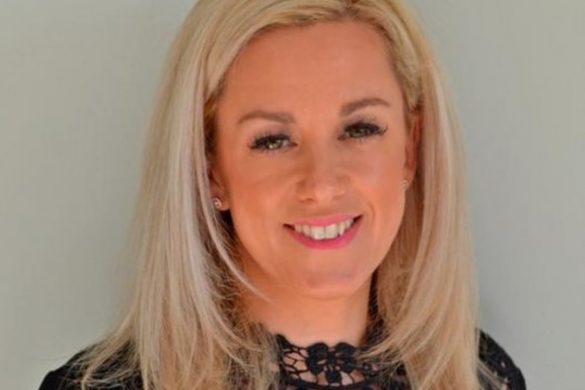