Alex Yee scorched to Tokyo silver and embraced his status as the heir to the Brownlee brothers’ Olympic throne in men’s triathlon.

Yee got exactly the race he wanted, with the swim and bike stages failing to produce a conclusive breakaway.

His 7:38 10km run in tough heat couldn’t catch Norway’s gold medallist, Kristian Blummenfelt, but was more than enough to clamber onto the Olympic podium.

“It hasn’t really sunk in quite yet, it doesn’t feel real like it’s me yet,” said Yee, from Brockley, London. “I still feel like a normal boy from south east London. I hope I can serve as inspiration to people to show this is possible. I’m not anything special, I just really enjoy sport and have been really lucky.

“I think I probably timed it [the run] a bit wrong and left it a bit late to close the gap to Kristian. Once I got halfway across it, I think I was pretty cooked and I started to feel the heat. I had a good heat strategy and felt comfortable up to that point, but Kristian was the man on the day.

“I was on the start line with the clarity that I’d done everything I physically could have to get to that line in the best possible shape.

Yee follows in some proud Team GB footsteps when it comes to Olympic triathlon.

Vicky Holland, who is yet to compete in Tokyo, also won bronze in Brazil five years ago.

“Jonny still came fifth in this ace, that’s pretty incredible,” added Yee. “It was brilliant for him to race so well. There’s another life in him, he’s been really good in training. It’s hard to say what those guys will do.

“All I’d say is that legends never die. They’ve created a legacy for our sport. Triathlon wasn’t what it was before they started. Now it’s got the platform that it’s on and I hope I can do the same for the sport.”

Yee’s place on the Olympic podium is all the more remarkable given he came back from a crash in 2017, suffering a collapsed lung at a World Cup race in Cagliari.

“It’s a bit surreal to come back from a point where people said I wouldn’t be able to do the sport again, to come back in 2018 and have a good string of races and then progress year on year,” Yee added.

“That’s a product of all the people behind me. My mum always says that it takes a village to raise a person and she’s not wrong. I’ve been really lucky to have that many people around me to get me where I am today.

“The thing that kept me in the sport was the support of British Triathlon, they’ve believed in me for a long time and they’ve invested in me. The National Lottery have as well, and I’ve been lucky.” 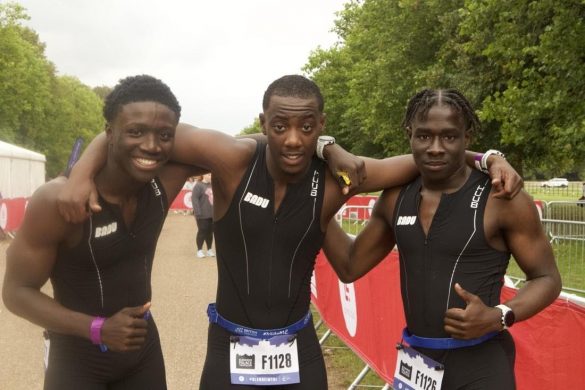