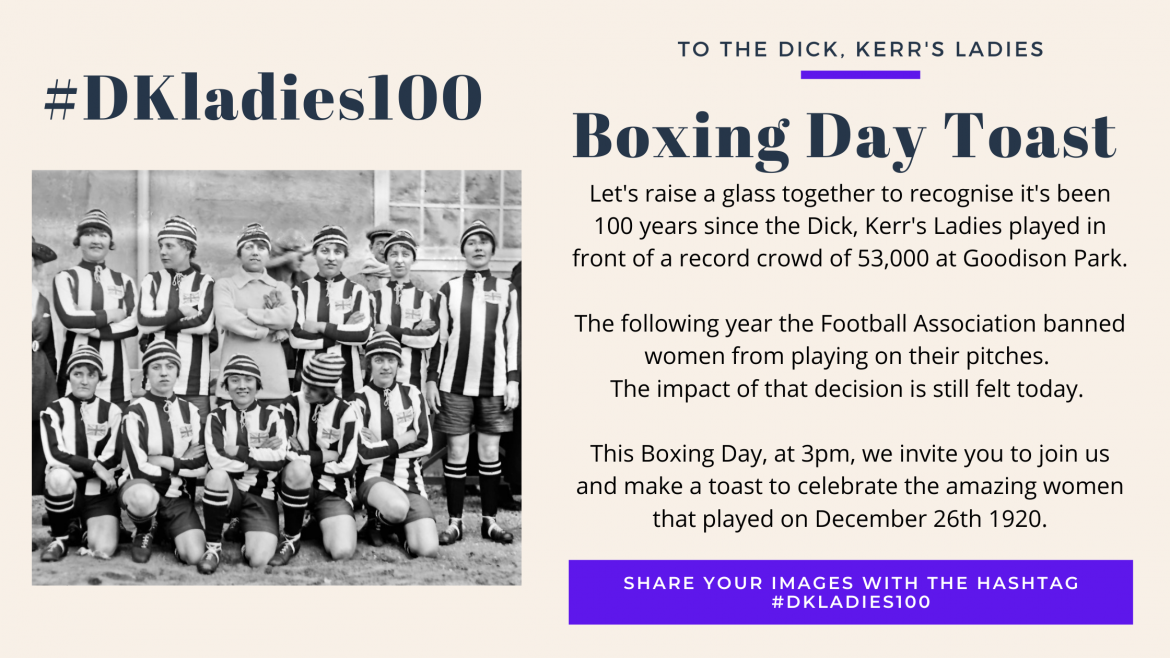 People across the UK are invited to raise a glass to the Dick, Kerr’s Ladies at 3pm this Boxing Day, to mark 100 years since the team played in front of a crowd of 53,000 at Goodison Park on December 26, 1920.

The record-breaking event has particularly significance in the history of women’s sport. Not only did it clearly show there was a huge audience for the female game, but it was this popularity that drove the Football Association to ban women from playing on any of their pitches the following year. The impact of that decision is still felt today.

The initiative follows Gail Newsham’s interview on The Game Changers last month, an award-winning podcast which celebrates trailblazing women in sport. Gail talked about the cancellation of a huge centenary dinner she had planned at Preston North End to celebrate important date, along with her personal plans to mark the Boxing Day anniversary by taking wreaths to the graves of Lily Parr and Jessie Walmsley, who both played in the game.

Podcast host Sue Anstiss MBE says: “I was so moved by Gail’s story, and hearing more about the incredible crowds at Goodison Park on Boxing Day 1920, that it felt only right that we should try to mark this special anniversary. Sadly, we’re not able to come together this year, but I hope this virtual celebration will unite us all in memory of those extraordinary women.”

Gail Newsham, a recognised expert on the story of the Dick, Kerr’s Ladies, and author of the book about the team ‘In a League of Their Own’ says: “I was so happy to hear about Sue’s plans to mark this important game. Not only did 53,000 watch the Dick Kerr’s Ladies that day, but a further 14,000 came to Goodison Park to watch the women play but were unable to gain entry to the stadium.

“Some of the ladies that played for the team said they thought the FA banned them because they were jealous that they were getting bigger crowds than the men’s teams.

“I do hope we can use this toast to help spread the word for the ladies. They were quite remarkable, going on to keep playing after the ban until 1965 and raising the equivalent of over £10 million for the war effort.”

You can hear Gail’s story, and learn more about the Dick Kerr’s Ladies and their centenary here on The Game Changers podcast.

Raise a glass to the Dick Kerr’s Ladies at 3pm on December 26 and share a photo of you taking part in the toast on social media using the hashtag #DKladies100.

Image courtesy of The Game Changers 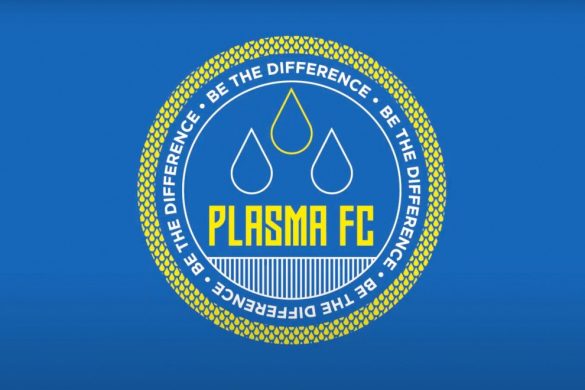