NCAA executives met with the Justice Department’s antitrust chief in November to discuss its plan to change its rules that prevent student-athletes from profiting on their names, according to people familiar with the matter.

Several officials,including the NCAA’s chief lawyer, Donald Remy, met with Makan Delrahim to explain the organization’s views on the issue and its thinking on changes it is considering, said the people, who declined to be named because the conversation was deemed confidential. Delrahim, the assistant attorney general of the Justice Department’s antitrust division, meanwhile, told the NCAA that the antitrust division is following the issue, the people added.

The meeting highlights the mounting political pressure the NCAA is facing to change a system that critics have argued is unfair or even akin to price-fixing, putting it in potential violation of federal antitrust laws. State governments are threatening to force change upon the NCAA through legislation. But the specter of the DOJ bringing suit against the organization – should it wish – puts a powerful set of eyes on the NCAA as it formulates its policies.

Existing NCAA policy forbids student-athletes from making money off their name, likeness or image through opportunities like paid sponsorships. That’s even as the NCAA makes money by promoting the games its athletes pay, and those athletes risk injuries that put their future earning potential on the line. The nonprofit institution represents more than 1,000 schools, and takes in $1 billion a year – more than 3/4 of which comes from Division 1 men’s basketball championship television and marketing rights. Top college coaches can make millions annually.

The NCAA has acknowledged a need to modernize its policies. But it has also said it is intent on protecting student-athletes from becoming money-driven employees, rather than education-focused students. The organization does not want student-athletes to benefit from special treatment.

California in September became the first state to pass a law that overrode the NCAA, granting college athletes the right to paid endorsement deals and agents. The law goes into effect in 2023. Representatives from states including Ohio, Colorado, Florida and Illinois have indicated they will go forward legislation aimed at targeting the NCAA’s policies.

President Donald Trump has not weighed in publicly on the matter, but he is paying attention to it, a top White House aid told CNBC. Trump, a football fan, attended the College Football Playoff National Championship game in New Orleans on Monday night to a standing ovation.

Here’s what happened at the meeting

The meeting between the NCAA and the DOJ occurred at the Justice Department in November, shortly after the NCAA announced its April deadline for unveiling next steps in the matter, one of the people familiar with the matter said. It happened after the NCAA Board of Governors warned California that its bill could result in the state’s 58 NCAA schools from being unable to compete in the NCAA’s competitions, an announcement that caught the DOJ’s attention, one of the people familiar with the talks said. That threat has not come to fruition.

Representatives for the NCAA told the DOJ it does not support the California bill, nor any state law that would create patchwork regulation, one of the people familiar with the talks said.

The organizationfielded questions from the Justice Department about the line it expects to draw with regard to paying athletes, said one of the people familiar with the talks. The NCAA said it will take months to develop its guidelines, as it gets feedback from stakeholders including student-athletes, coaches, presidents and faculty.

The NCAA said it wants any new policies it implements to be consistent with its bylaws, which place a focus on “amateurism” and “a clear line of demarcation between college athletics and professional sport.” The new policies could allow for different guidelines for each of the NCAA’s three divisions, though still guided by an overarching framework.

The people familiar with the matter differed in characterizing the tone of the November meeting.

A person familiar with the DOJ’s thinking said that, in the meeting, the antitrust chief warned NCAA representatives that if it announces new policies in April the DOJ views as anticompetitive, the department is willing to take appropriate action.

That person did not say what action such action might entail, but the DOJ has a track record of bringing suits against educational institutions it believes is acting anti-competitively. It announced in December a civil lawsuit and settlement with the National Association for College Admission Counseling over recruitment policies, like offering preference for early decision applicants.

The department could also join existing litigation, such as an ongoing suit against the NCAA for its scholarship policies, legal experts said.

A person familiar with the NCAA’s thinking, however, said the NCAA did not view its meeting with the DOJ as cautionary. Instead, the source said the organization viewed the meeting as a chance to better explain its governance and procedures.

The person said the NCAA reached out to the DOJ following public remarks Delrahim made about NCAA’s policies, including a speech he delivered in August 2018 at Notre Dame Law School.

In those comments, Delrahim referred to a class-action lawsuit brought by former UCLA basketball star, Ed O’Bannon, who claimed the NCAA’s policies broke antitrust laws. A trial court ruled that the NCAA had violated antitrust law, a ruling that was upheld by the 9th Circuit, though the court limited the scope of its remedy.

At Notre Dame, Delrahim called amateurism a “laudable goal,” but said it in of itself “does not grant antitrust immunity, and rules designed to promote amateurism need to be carefully tailored so they don’t unreasonably limit competition.”

Delrahim said he hoped the NCAA will “implement new rules or modify existing ones” to further competition for student-athletes. As an example, he said he wished to see schools compete for athletes through incentives like graduate education tuition and job training.

“Our antitrust laws promote vigorous competition and are flexible enough to take into account amateurism as one of many market characteristics that may drive demand for college sports,” Delrahim said. 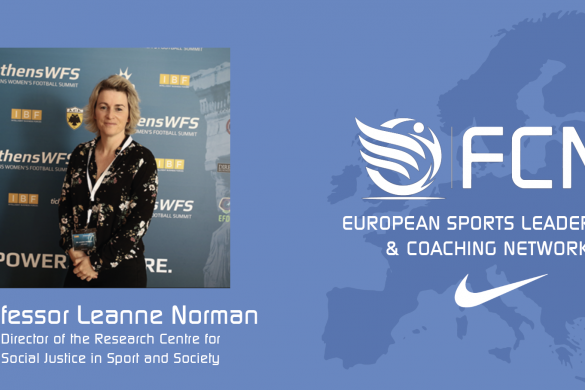