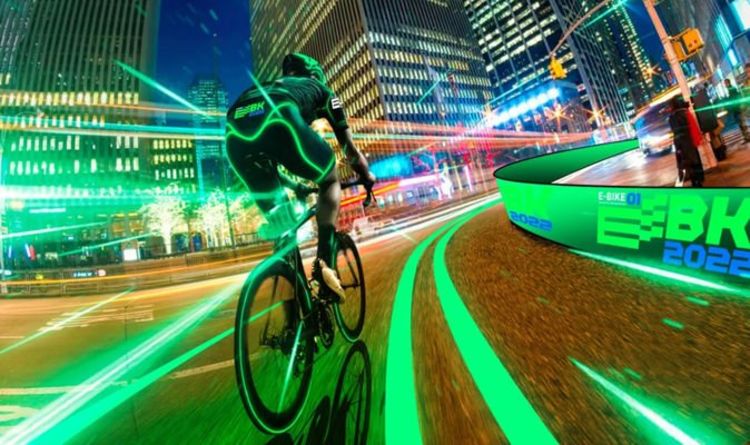 E-Bike Grand Prix (EBK GP) has today announced that the first ever race series will take place in 2022, with Dubai, one of the world’s most pioneering cities with a reputation for delivering sporting spectacles, confirmed as the first host city partnership.

The series will take place in cities around the world, with races along public roads, showcasing iconic landmarks and cultural sites, as part of a high-speed, thrilling sporting spectacle. Coverage of the Dubai event and the Series will be broadcast internationally via television and digital media.

EBK GP will include ten events with ten competing franchise teams each fielding two squads, one male and one female. Gender equality is central to the series, with both male and female competitions contributing equally to the team’s overall score.

EBK GP is committed to leaving a lasting green legacy in host cities, and as part of the agreement to become a host city, government administrations will commit to tailored three-year Sustainable Transformational Mobility (STM) programmes. Development and delivery support will be provided by a sustainability partner.

Global host city partners will also join together in a visionary network of progressive cities sharing knowledge and world-class best practice. Collectively, they will make a significant contribution towards making the cities of the future cleaner, greener and healthier.

EBK GP is also showcasing what can be achieved with technological innovations in cycling. Proudly, BMC Switzerland will be the exclusive bike partner, building an innovative new E-Bike for the series. For decades, BMC bikes have met the highest standards in quality, design and manufacturing.

This new E-Bike will combine traditional cycling capability with battery-powered technology creating the fastest, most technologically advanced, and environmentally friendly cycle sport in the world. The bike, yet to be released, will be used by all teams and is set to deliver the new benchmark of e-road bikes – for both competitive and non-competitive cyclists.

Judith Rowan, Global Host City Director at EBK GP, commented: “The E-Bike Grand Prix Series reflects the newly pivoted face of global sporting events. It is a disrupter. EBK’s technology-driven, intense race format together with a robust sustainability mandate are essential attributes of sporting events of the future. We are very excited to lead the charge and extremely proud to welcome Dubai – one of the world’s great innovators – as our inaugural host city partner. This is an exciting development for cycle sport and the sports industry as a whole!”

HE Saeed Mohammed Hareb, Secretary General of Dubai Sports Council, said: “We are thrilled to be the first host city announced for the first-ever E-Bike Grand Prix Series – the fastest and most technologically advanced cycle sport in the world. Dubai is one of the world’s most pioneering cities, and is the embodiment of possibility and innovation, and there are clear synergies between our city’s vision and this ground-breaking sports property.

“The EBK GP will not only create a sensational sport experience in the city, but it will further advance Dubai’s sustainability achievements, especially at a time when we are hosting Expo 2020, which is championing sustainability and promoting a future where mankind can live in harmony with nature and technology.”

David Zurcher, Chief Executive Officer at BMC Group, said: “At BMC we are always looking towards the future. It’s in our DNA to push the boundaries of cycling innovation, whether it is in terms of new technologies, trends or exciting event formats like the E-Bike Grand Prix. We are excited to be the bike partner for EBK GP, being at the forefront of a new, exhilarating cycle sport as we have been so many times in BMC’s history.”